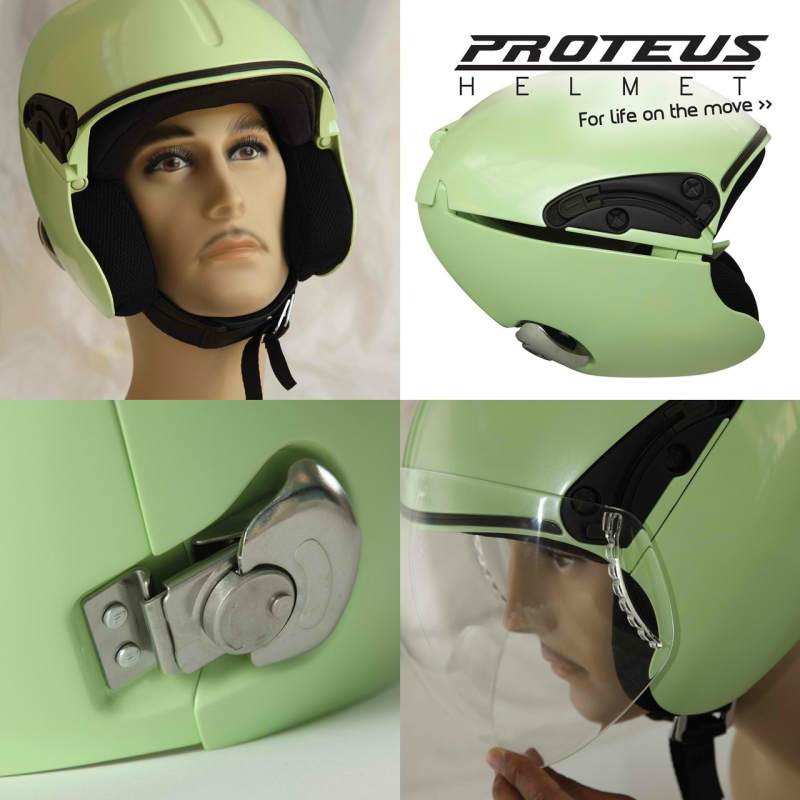 How many times do we hear commuters presenting ‘I dunno where to keep it when I am not wearing it’ excuse for not putting on a lid. Now they’ll have the excuse slashed from the list. Essica Dunn, who’s a design graduate from Australia has now designed a folding helmet, which can be folded and carried easily in your haversack.

The 25 year old Australian got here inspiration to design the world’s first folding helmet when she was faced with the difficulty of having to carry the helmet around in her hands for months together during a holiday in Indonesia. Dunn decided to do something about it, and designed the helmet shown here, and christened it as the Proteus.  The new invention,  has been shortlisted for the £10,000 James Dyson Award for Innovation.

The outer polycarbonate resin shell of the helmet protects against abrasion and puncture. Then there is the impact-absorbing expanded polystyrene foam. The third safety layer is made from a pliable yet impact-absorbing material, which flexes in normal use, but then hardens instantly upon impact in the event of an accident. Additionally, the mechanism for attaching the visor is an original design that was necessary as existing visor attachment mechanisms were not appropriate for this new application.

The award will be announced on Friday 22 July 2011 in Melbourne.