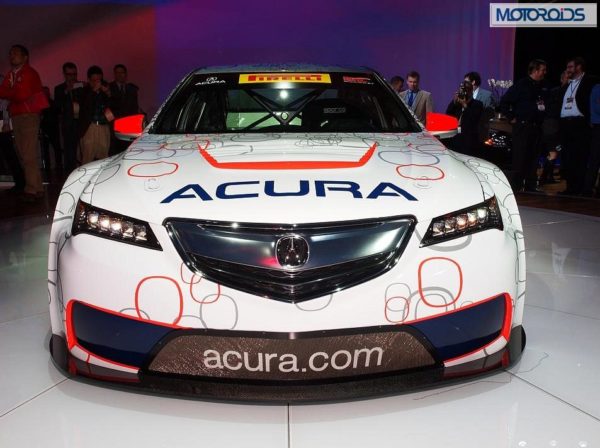 We reported in detail when Acura released the details on the new Acura TLX GT Race Car, which it recently unveiled alongside the road-going car’s prototype at NAIAS. Now, what we have here with us are some Acura TLX GT Race Car images, brought to you LIVE from the motor show in Detroit.

The new 2015 Acura TLX GT Race Car will compete in the Pirelli World Challenge Championship, where it will be a rival to the Audi R8 LMS, Cadillac CTS-V, Chevrolet Corvette, Dodge Viper, Lamborghini Gallardo, Mercedes SLS, Nissan GTR, Porsche 911 and Ferrari 458 in the top GT category. 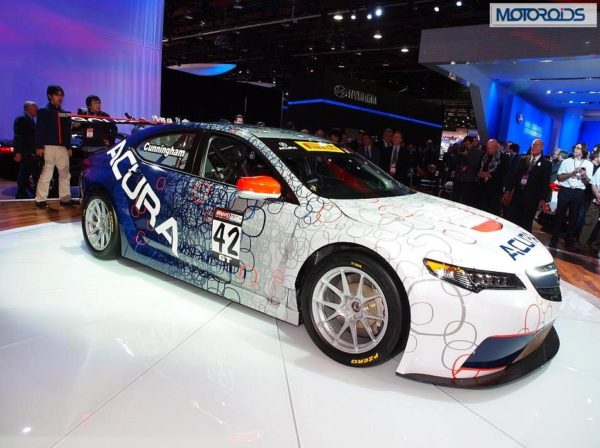 The new 2015 Acura TLX GT Race Car is powered by adirect-injected, twin-turbocharged V6 engine that and the new race car will come fitted with all-wheel drive system. The new TLX GT Race Cars is  being developed by the good folks at Honda Performance Development (HPD), which is basically the racing devision of American Honda Motor Co.

“The 2015 Acura TLX is a true luxury sport sedan, so it is fitting that the car be raced against several of its natural luxury competitors in the Pirelli World Challenge,” said Art St. Cyr, President of HPD. “Acura and Peter Cunningham’s RealTime Racing organization have a long history of success together, and we look forward to adding to that tradition with the Acura TLX GT race car in 2014.“