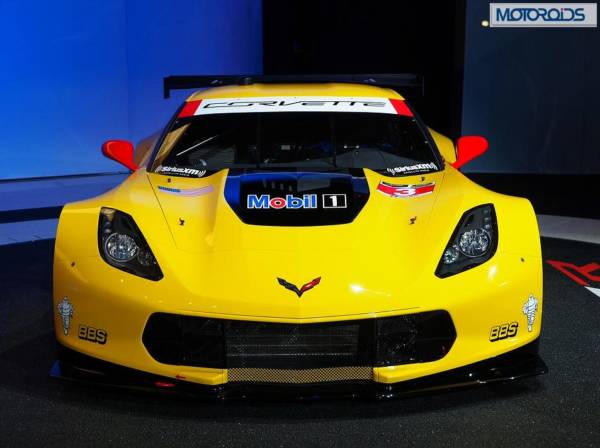 Only an hour ago, we brought to you LIVE images of the new 2015 Chevrolet Corvette Z06 from the ongoing North American International Auto Show in Detroit. CLICK HERE to go to Corvette Z06 story

The C7.R race car is basically the racing version of the new Chevy Corvette Stingray and here we have a handful of Chevrolet Corvette C7 R pics and details. 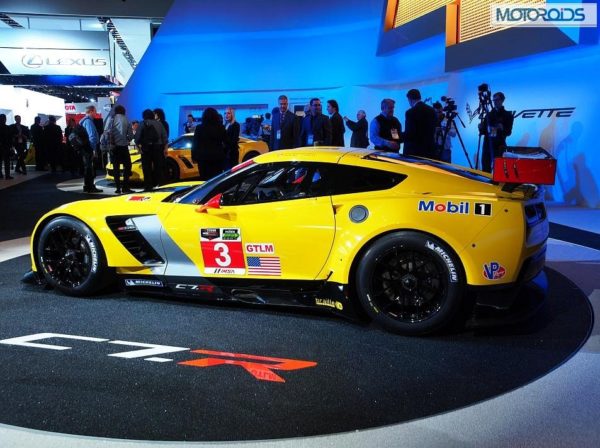 The new Chevrolet Corvette Stingray C7.R race car will make its racing debut at the Rolex 24 at Daytona later this month and sports the usual racing-bits such as a set of body spoilers, intakes, splitters and skirts. The car also has really cool side exhausts. We believe that the new C7.R will easily be among the sexiest cars in the TUDOR United SportsCar Championship’s GT class.