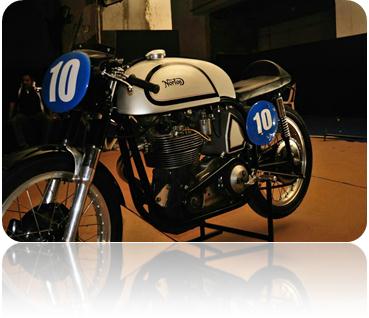 Bike enthusiasts all over India are readying themselves to head to Goa for the most promising bike-event of 2014!

The India Bike Week 2014 edition will be held at Vagator, Goa on January 17th & 18th 2014 and the event is slated to get larger and louder then before with over 8,000 bikers from Bike customizers, biking legends, bike modifiers alongwith bike brands showcasing literally hundreds of never-seen-before machines.

A part of the two day long fest will be the IBW Vintage Bike Concours, with a new ‘Century Class’ of 100 year old bikes. Also taking place will be several events concerned with Customs bikes, Racing bikes, and many more.

The Mod Bike Competition and Bike Build-off, which boasts country’s largest display of custom bikes, saw over a 100 entries last year. This year, this number is expected to grow by a significant percentage. Renowned groups such as Bombay Custom Works, Motoexotica India, Rag and Bone customs and customizers as well as owners of modified motorcycles from across the country are expected to be seen this year. Mod Bike Competition too is expected to get bigger by getting an expert jury panel to shortlist 30 bikes for the final display. This year’s judging panel boasts of renowned Mumbai-based mechanic O.A. Anthony a.k.a. Anton; Man’s World creative director and co-founder of Helmet Stories, Harsh Man Rai; legendary motorcycle adventurer Sam Childers, a.k.a. Machine Gun Preacher. They will judge the motorcycles on the basis of two criteria – Technical and Design. 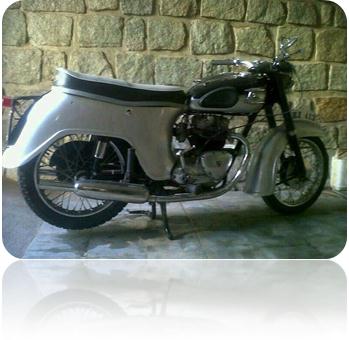 Speaking on the occasion, Martin da Costa, CEO of 70 EMG said, “India Bike week is all about passion for bikes! Our aim is to offer something new and exciting for everyone at the festival so that it becomes an unforgettable experience. We are showcasing some of the never seen beauties at the festival in the Century Class, Mod Bike and IBW’s Bike Build Off showcase. We have partnered with brands that share the same passion such as Harley-Davidson, MRF, Castrol Power 1, Zippo, etc. For me, and for the 8,000 and more Bikers, Festival fans and travellers that will be in Goa for IBW, 17th January 2014 can’t come fast enough.”

Keertan Adyantaya, Managing Director Fox Traveller added “IBW 2014 edition builds on 2013’s strengths, and makes the canvas larger. The effort is to bring together the best of the experiences and entertainment that are available across the world, for bikers and bike lovers. This year we have picked and added much more to the IBW experience. We have international biking legends, Freestyle motorcycle stunts, over and above the stunt zones. Bike displays, new bike launches and the famous bike build off, on a larger scale. There is also enough to satisfy the overall adrenalin plus entertainment quotient. All this on the 17th & 18th January at Goa for all the bike and festival lovers.”

The IBW Bike Build-Off is gearing up for a sensational display of biking beauties across categories such as Chopper Class (hardtails, bobbers, low-riders, diggers, etc.) and Open Class (café racers, scramblers, boardtrack racers, motocross, enduros, sports bikes etc.). IBW picked six of the Bike Builders who applied to a Call for Entry – across the Open Class and Chopper Class. Vijay Singh, the winner of last year’s Build-Off got the chance to defend his title as an automatic entry into the finals of the Chopper Class. The shortlisted Builders Transfigure Custom House, Bombay Custom Works, Motoexotica India, Rajputana Custom Works, Reza Hussain, Rag & Bone, RVS will show their creations at the festival. 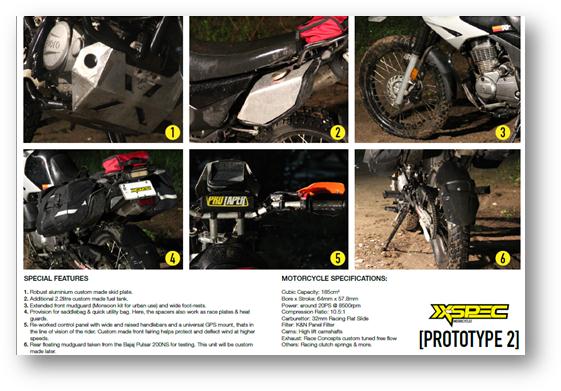 In an effort to unite global biking gurus with Indian loyalists, IBW presents the Motorcycle Travellers Meet, touted to generate a rather intense engagement of Indian two-wheeler community. Motorcycle Travellers Meet is a get-together of like-minded serious motorcycle travellers and adventure motorcyclists. The meet is geared for travellers who belong on the motorcycle, who venture out to explore the boundaries of adventure and travel. It’s a meet to share experiences, tips and inspire the spirit of travel and adventure. Bharadwaj Dayala, Avinash Thadani, Aashish Kumar, Eliza Massey, Lorraine Chittok are scheduled as keynote speakers

The festival will have special workshops for all participants such as IndiMotard Bike Breakdown, Vintage Rides – Big Bike Class, How to Ride a Heavy Motorcycle – Josh Rhodes from Vintage Rides, Expert advice on Track Riding with Scott Redding & Aspi Bathena and Safe Riding and First Aid.

IBW will honour the long-distance riders amongst the participants. The Long Haul Ride contest will pick ten motorcyclists who would have ridden the longest distances to get to India Bike Week in Goa. These ten long haul champions will get a lighter from Zippo.