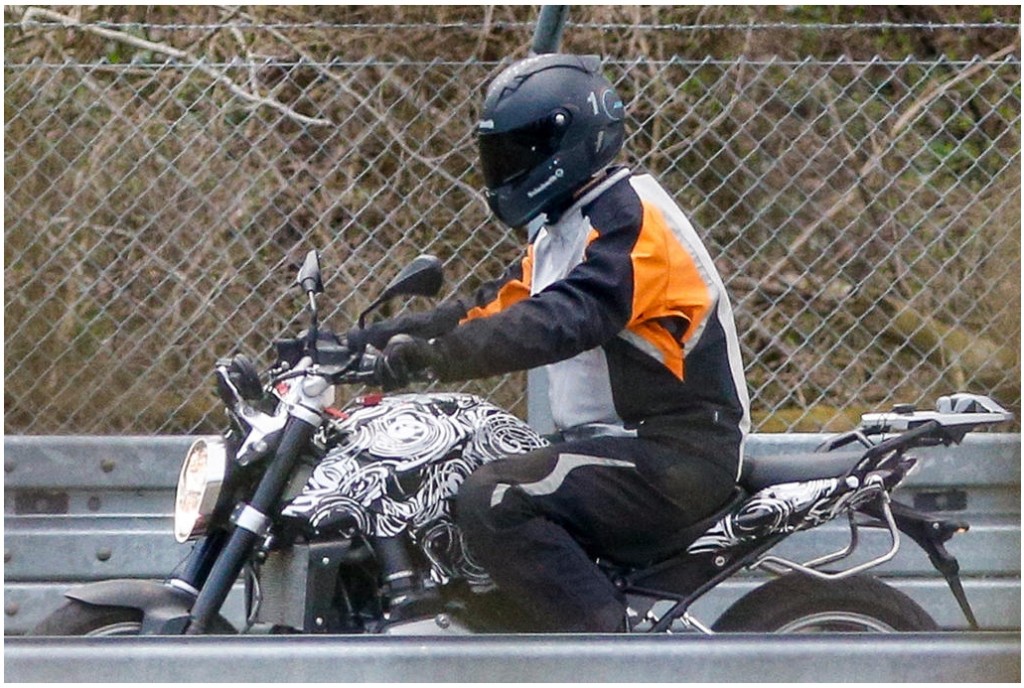 German Motorcycle Website MotorradOnline has spyshot the new 2015 BMW R1200R prototype on its test run. Though half of the bike’s bottom has been hidden behind railings, it’s quite easy to spot a larger radiator hinting at a new liquid cooled boxer engine for the 2015 BMW R1200R. The present generation BMW R1200R comes with the radiator mounted much lower between the two cylinders. A higher placed radiator takes over the space utilized by the strut of the Telelever suspension as in the case of the present BMW R1200R variant making way for an upside down telescopic suspension.

Other visible changes include a slightly oval shaped headlamp compared to the conventional round setup on the current BMW R1200R. The panels near the radiator and at the rear are new. The rear sub frame has undergone a change with the pillion foot-pegs positioned slightly ahead. Mounts for panniers and a top-box have been added to the 2015 BMW R1200R and might come as an accessory than standard equipment. The instrumentation console also looks more compact and flatter compared to the cylindrical pods of the present R1200R. The rear fender is now lengthier mounted with blinkers which currently are placed much higher next to the tail light. The seat is now a split design with the co-rider’s seat being horizontally flat and should render added comfort as compared to the forward slanted singular seat on the present BMW R1200R.

With all these changes, the spied 2015 BMW R1200R seems a more touring oriented machine, targeted at riders who’d want their everyday bike double up as a weekend outing tool.