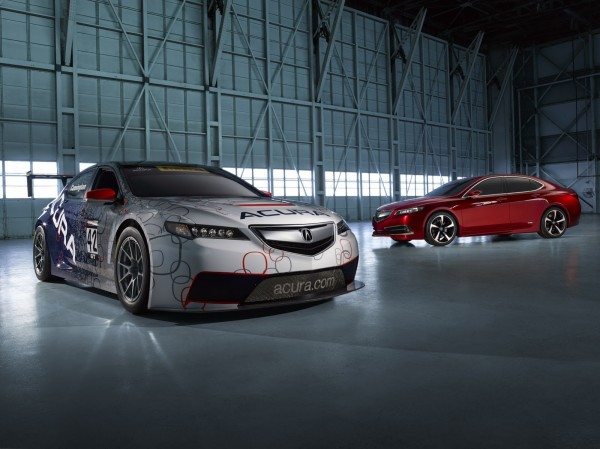 Seems like Acura intends to promote its upcoming TLX mid-size sedan as a car with some sporty credentials! What else explains the carmaker unveiling a motorsports version of the TLX soon after the regular prototype’s debut at NAIAS recently? Dubbed as the 2015 Acura TLX GT Race Car, the upcoming model will compete in the Pirelli World Challenge Championship. 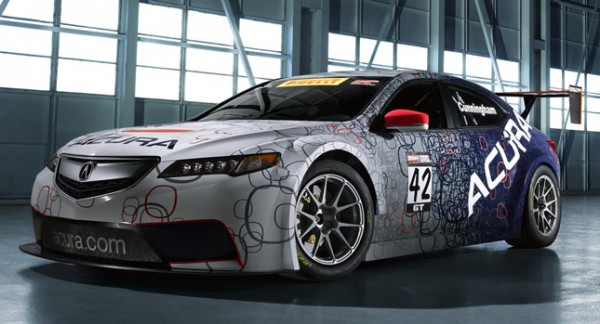 Powering the new 2015 Acura TLX is a direct-injected, twin-turbocharged V6 engine that is derived from the naturally aspirated unit of the production model. The Race Car will be fitted with all-wheel drive and the racing model has been developed by the boffins at Honda Performance Development (HPD), which is basically the racing devision of American Honda Motor Co.

“The 2015 Acura TLX is a true luxury sport sedan, so it is fitting that the car be raced against several of its natural luxury competitors in the Pirelli World Challenge,” said Art St. Cyr, President of HPD. “Acura and Peter Cunningham’s RealTime Racing organization have a long history of success together, and we look forward to adding to that tradition with the Acura TLX GT race car in 2014.“