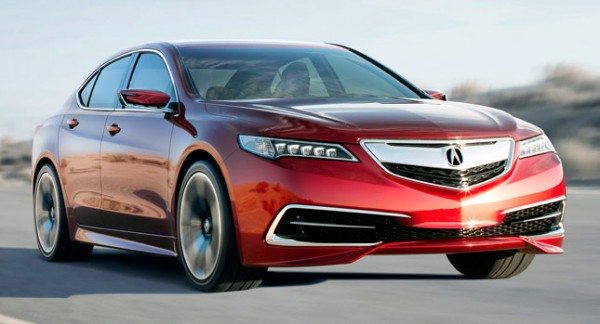 Acura has released details on the all new TLX Prototype at the ongoing NAIAS 2014. CLICK HERE For the Most Comprehensive LIVE coverage of the NAIAS (Detroit Motor Show)

It is being said that the upcoming production-spec TLX will closely resemble the prototype you see in the pics here and the new car could arrive around the end of next year. The production spec TLX will replace both the Acura TL and the Acura TSX in North America.

The production spec car will go on sale with two engines- a new 2.4-liter inline-four that will be mated to an 8-speed dual clutch transmission (DCT) and a 3.5-liter V6 mated to a new 9-speed automatic transmission. While the former will be available only with the FWD configuration, the more powerful engine is most likely to get an all wheel drive option.

“This all-new Acura TLX is the perfect blend of style and muscle with its elegant, well-proportioned exterior that cloaks the true sport sedan chassis and powertrain beneath,” said Mike Accavitti, senior vice president, American Honda Motor, Co., Inc. “The sporty characteristics that customers found appealing in the TSX are even more pronounced in this aggressive new TLX.” 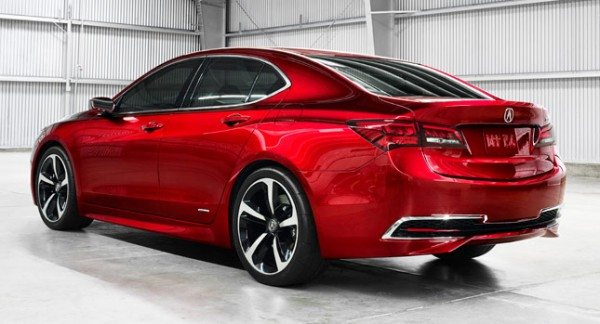 Acura earlier confirmed that intends to combine the TL and TSX models into a single brand, which will be called as the TLX and will “clarify its sedan lineup,” by providing a simple nomenclature- compact ILX, mid-size TLX and flagship RLX.

The 2015 Acura TLX is likely to go on sale with two direct-injection petrol engines. Acura says that these motors will have “high-performance and highly fuel-efficient.” These motors will come attached to either a new CVT or the 7-speed dual-clutch transmission that is available on the RLX. The TLX will go on sale in both two-wheel drive and all-wheel drive variants.