MV Agusta unveiled the retro-styled Superveloce 800 Serie Oro over 18 months ago at EICMA 2018. Following this, a year later, they showed off the more production-ready Superveloce 800 at EICMA 2019. We all hoped to see the bike by March 2020. However, there have been some delays mainly because of the COVID-19 outbreak. However, MV Agusta officially announced that the Superveloce 800 Serie Oro is entering production as they resume operation in Varese after the COVID-19 outbreak and it seems to be only a matter of weeks before the first examples finally hit the road.

The Superveloce 800 Serie Oro is the first major new bike to come from MV Agusta since it was fully taken over by the Russian Sardarov family and comes right at the start of a bold new plan to expand the range in the coming years to include a move into new markets, including the ADV segment and the development of smaller displacement models in collaboration with Chinese firm Loncin. The bike combines the 1970s design and detail with a completely modern machine. 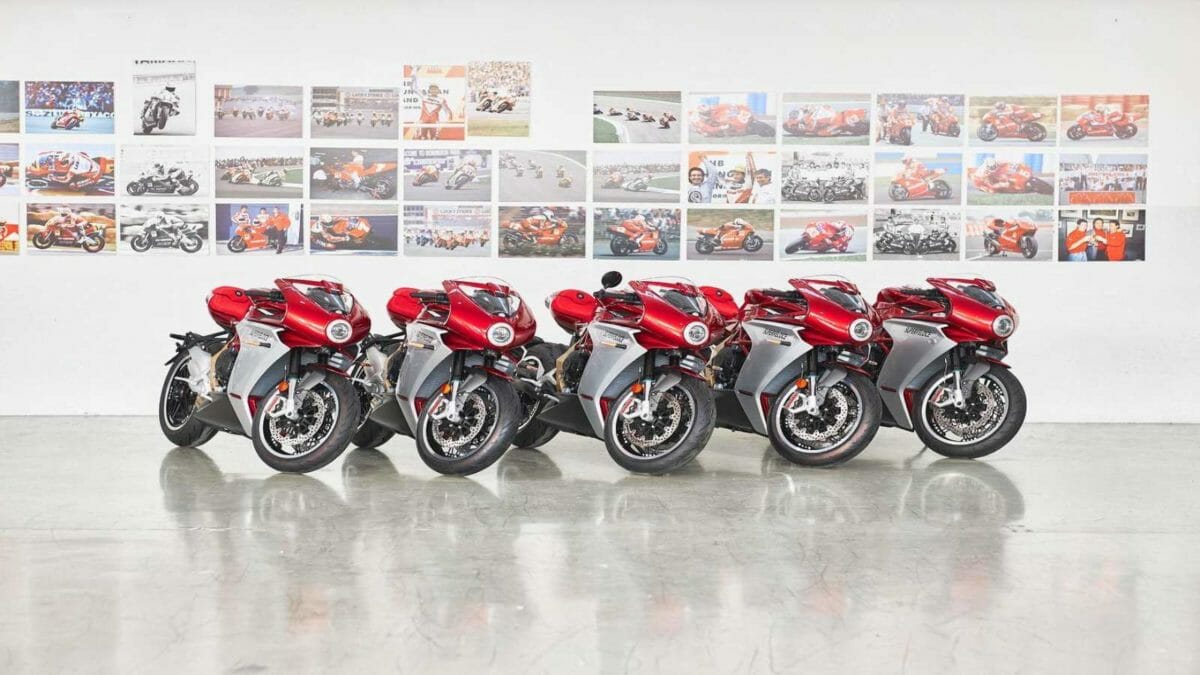 What’s It All About?

The MV Agusta Superveloce 800 Serie Oro keeps the MV Agusta heritage intact, with intricate ’70s styling, with the underpinnings of the 799 cc, three-cylinder engine from the F3. That in-line three-cylinder engine puts out 148 bhp of power and features a counter-rotating crankshaft coupled to a six-speed gearbox and trademark triple tip exhaust system. The round headlamp with low windscreen; 1970s style bodywork with short tail section and circular tail lamp amplifies the retro look. On top of this, the spoked wheels and twin side-mounted exhaust just spice things up.

Also, thanks to extensive carbon bodywork, the bike weighs only 173 kg. As for the suspension, the bike features 43 mm upside-down fork suspension at the front and a Sachs monoshock at the rear. On top of this, the bike comes with twin 320mm disc brakes at the front and  220 mm disc at the rear. Furthermore, the Superveloce 800 has modern electronics such as; the 2nd gen 5 inch TFT screen with smartphone connectivity (derived from the Brutale 1000 gold series) that can mirror navigation functions from the rider’s phone via the MV Ride app and also gets ride-by-wire and a whole lot more in the electronics package. According to some sources, this might be the last model to roll off under the current 800 line up. This is because CEO Timur Sardarov recently revealed that the firm is developing an all-new 900cc engine.