Home Features Must Read : How an Indian exposed the Volkswagen emissions scandal 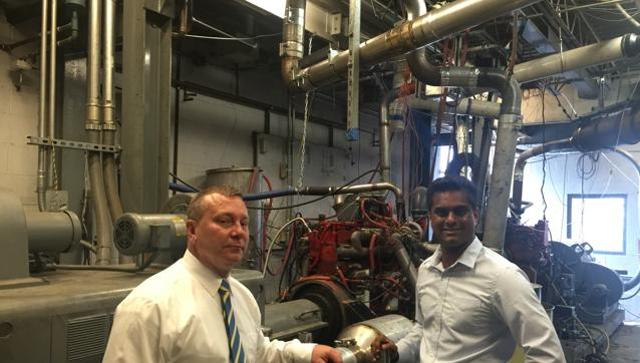 Dr.Arvind Thiruvengadam hails from Chennai, and is an assistant professor at the West Virginia Center for Alternative Fuels, Engines and Emissions (CAFEE). On March 2013, the 32-year old assistant professor, along with colleague Marc Besch went for a 2400 mile round trip between Los Angeles and Seattle.

Their steed was a rented Volkswagen Passat diesel, and the motive was to emission test it in real world driving conditions. It was part of a project initiated by the International Council on Clean Transportation (ICCT), and undertaken by CAFEE, which involved testing three European made diesel vehicles for emissions performance in similar conditions, in the US.

Little did they know that their findings would be the tip of the iceberg of what has now become the biggest automotive scandal in recent times, better known as “Dieselgate”. To their surprise, the NOx (mono nitrogen oxide) emission level of the Passat was five to 20 times higher than the European standards.

A Volkswagen Jetta diesel was put to a similar test, and in spite of being equipped with a NOx trap, it showed 15 to 35 times higher emissions than EPA (Environmental Pollution Agency) standards, while the third vehicle, a BMW X5, did just fine. The plot thickened, and ever after Marc and Arvind double-and-triple checked their work, the results were the same.

Further investigations revealed that Volkswagen was indeed pulling a fast one on authorities, since 2009. All VW and Audi “clean diesel” cars (2009-15) were rigged with a software that turned on full pollution controls only when the car was undergoing official emissions testing. Called a “defeat device”, this algorithm, according to estimations, pollute 10 times to 40 times the legal limits during normal driving.

Ramifications have been acute, and as of today, the Volkswagen Group is looking at $18 billion in fines alone, a possible chance of being criminally prosecuted and over 6 million Audi and Volkswagen diesel models being affected worldwide. VW stocks plunged their value tremendously in just 5 days after they admitted the scandal, and their CEO hastily resigned.

Thiruvengadam did his engineering in 2004 from Madras university, in Chennai and went to the US to study at West Virginia university. He did his masters and PhD there and later on became a research assistant professor in Mechanical and Aerospace Engineering at the university and a part of the core group of the CAFEE. Apart from him and Besch, the five member team worked on the tests included Dr. Gregory Thompson, Daniel Carder, and Hemanth Kappanna.

You can read his full interview on Hindustan Times here.