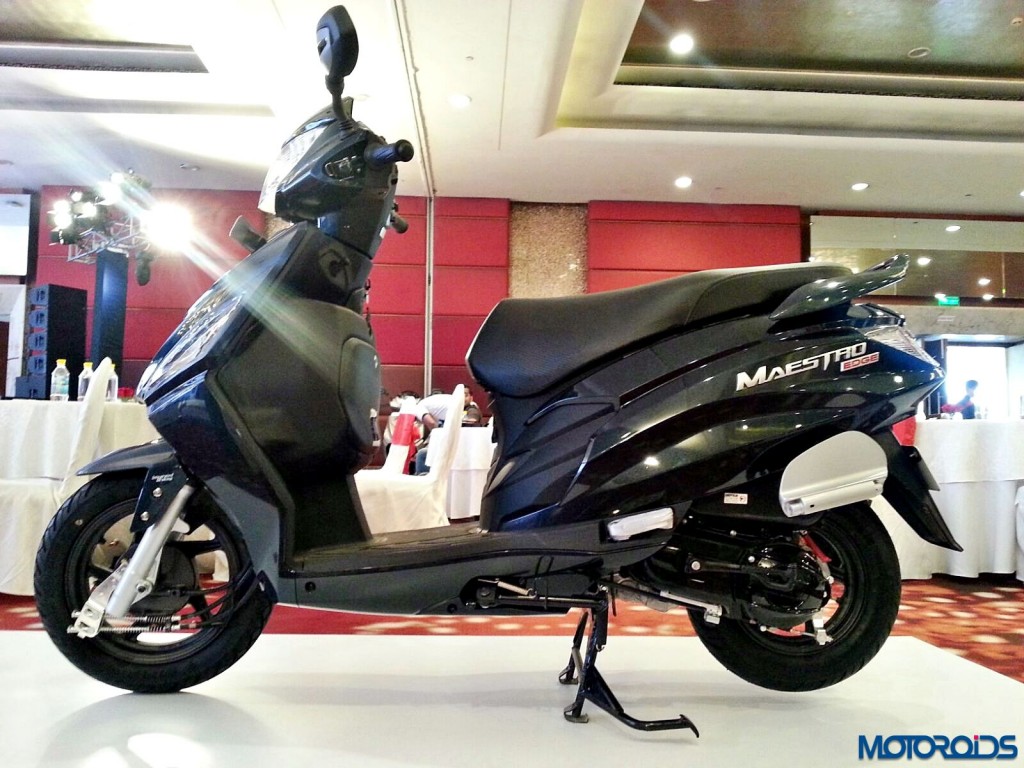 Hero MotoCorp has refreshed its 110cc scooter, the Maestro, with new hardware and an updated name – Maestro Edge – and unveiled it at an event held in Delhi. Maestro Edge will be available in LX and VX variants which are priced at Rs 49,500 – 50,700 (ex-showroom, Delhi) respectively. The new scooter from Hero MotoCorp will be available in seven colour options – Pearl Silver White, Panther Black, Shooting Night Star, Candy Blazing Red, Techno Blue, Matter Vernier Grey and Matte Blue. As communicated by Hero MotoCorp, the new Maestro Edge will be launched on the auspicious occasion of Navaratra starting from October 13, 2015 but certain dealerships may have already begun the bookings process. You can visit a dealership near you to find out more details about the bookings process.

In terms of visual updates, the Hero Maestro Edge gets a new, slightly larger 12-inch alloy wheel up front with a 5-spoke design. The rear wheel continues to be the 10-inch unit that was seen on the previous model. The new digital-analog instrument cluster now gets a side-stand warning light which is a good addition to the features list. The head and tail-lamps have also gone under the scalpel and a 3D emblem now jewels up the side panel. Other features include an ignition key with a E-code, immobiliser, night lamp for under-seat storage, a USB power socket, twin parking lamp, and remote fuel lid / seat opening. The Maestro Edge also receives a sporty exhaust which adds to the aesthetics of this new scooter. 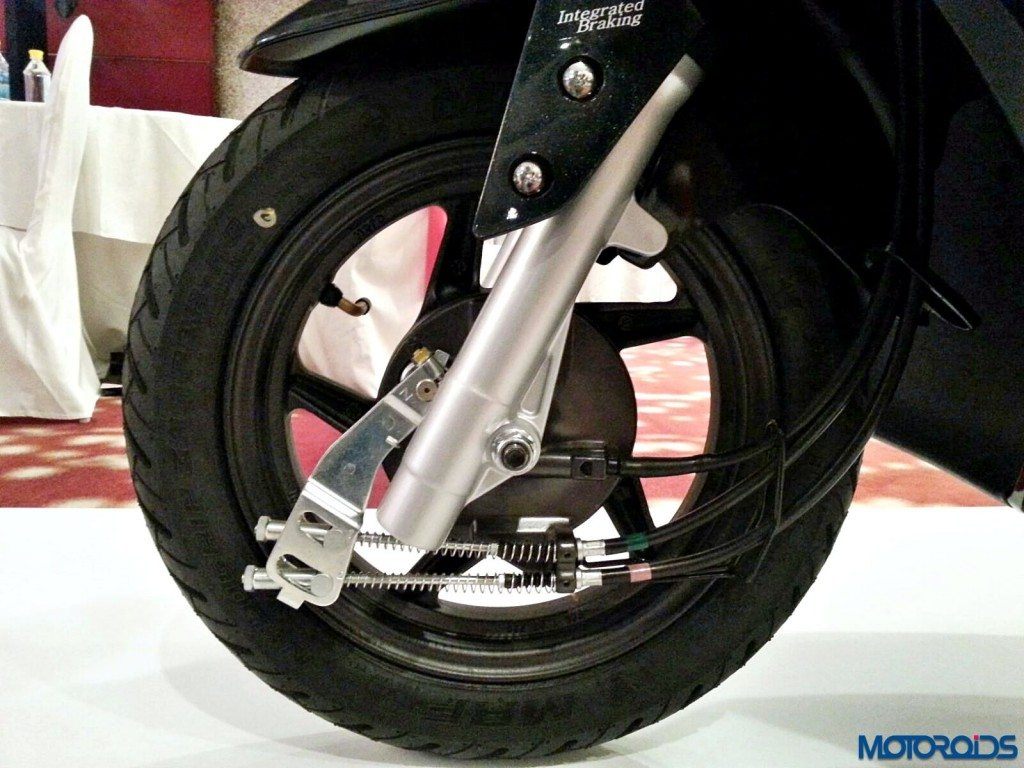 The front wheel is now a 12-inch unit with a refreshed five spoke design. 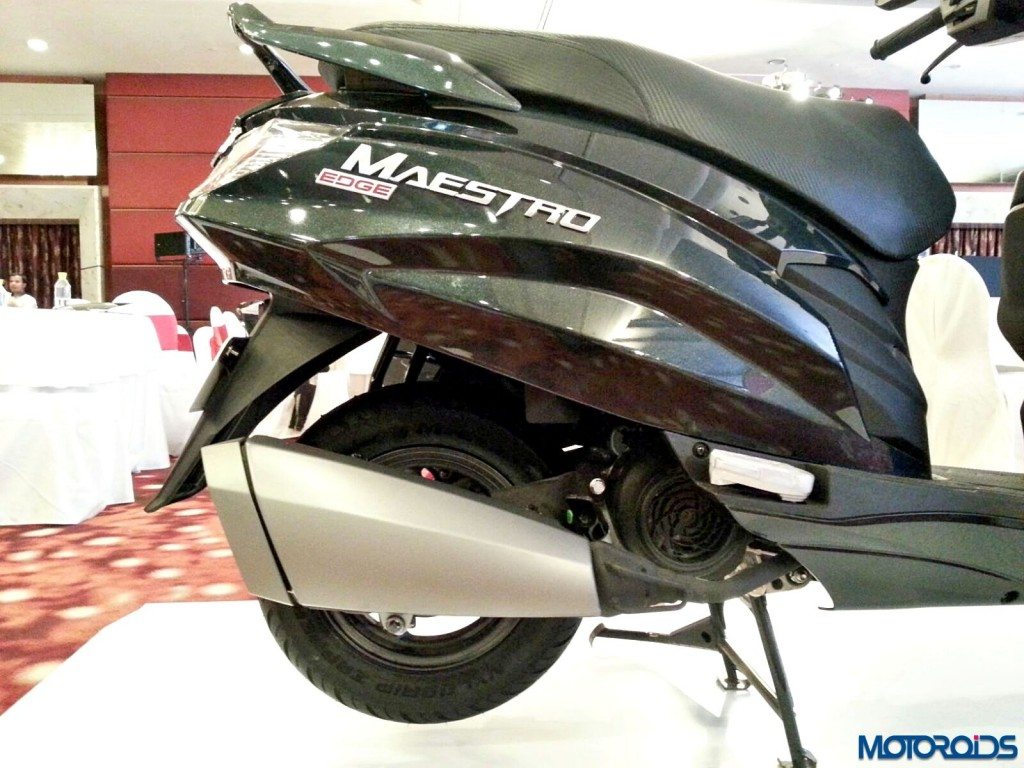 The sporty exhaust with dull silver paint is visually appealing 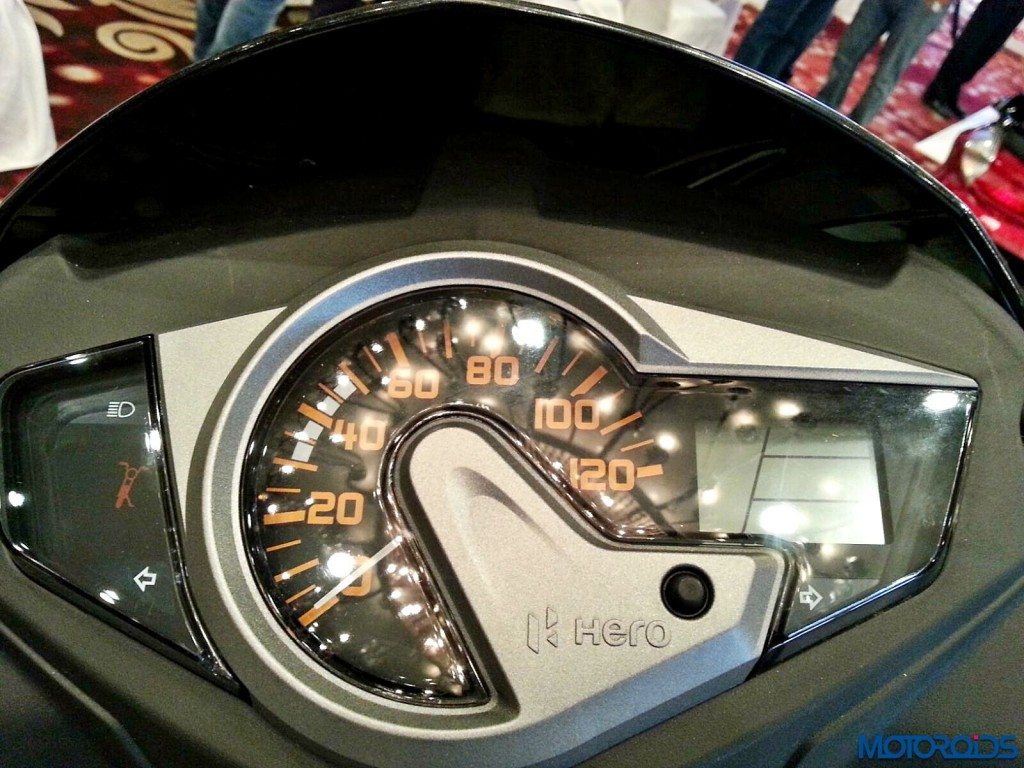 The instrument cluster now features a side stand warning

Mechanically, the Maestro Edge features a new 110cc air-cooled engine that delivers 8.31bhp or 8.4PS of power, slightly more than the previous model. Torque figure stands at 8.30Nm which is slightly less than the previous model’s 9.10 Nm output. The engine is claimed to deliver a fuel economy of 65.8 kmpl. The Maestro Edge is also equipped with telescopic suspension upfront and features a combined braking system, re-branded as Integrated Braking in Hero MotoCorp speak, for added safety.

The new Maestro Edge will lock horns against the recently updated and the reigning champion of the 110cc scooter segment, the Honda Activa 3G. The battle between the former allies, with the refreshed Maestro Edge, should be interesting.

The Maestro has always been a very well styled, capable scooter. But would  you be willing to go for it skipping the Activa 3G? Why / why not? Do let us know your views through the comments section below, or give us a shout out on one of our social channels using the tools below.