The second leg of the 2017 MotoGP season kicked off in Argentina with reining World Champion Marc Marquez at the top of the grid. But after a good start, and a massive lead on the top spot, Marquez crashed on turn 2 in the third lap of the Termas de Río Hondo Circuit which put Maverick Viñales, who started the race from sixth position, in the lead. Cal Crutchlow and Valentino Rossi, who started the race from third and seventh spot were in second and third position respectively. With seven laps remaining, Rossi made a pass in turn 5 to grab the second spot on the podium. This was a special race for Valentino Rossi as it was his 350th Grand Prix start. 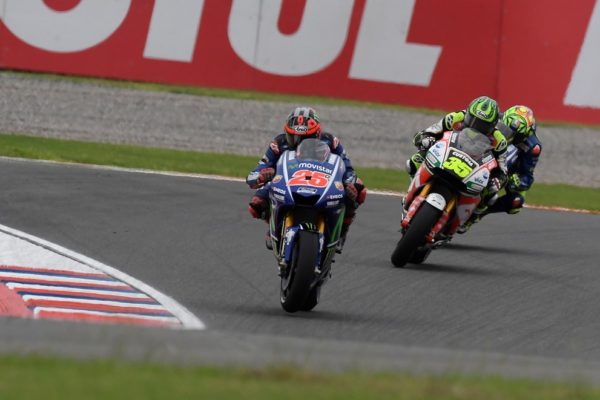 The Spaniard crossed the line with a 2.915s lead over his team mate, Rossi, securing his second consecutive victory on the Yamaha with ease. This victory makes Viñales the first Yamaha rider since Wayne Rainey in 1990 to win the first two races of the season. 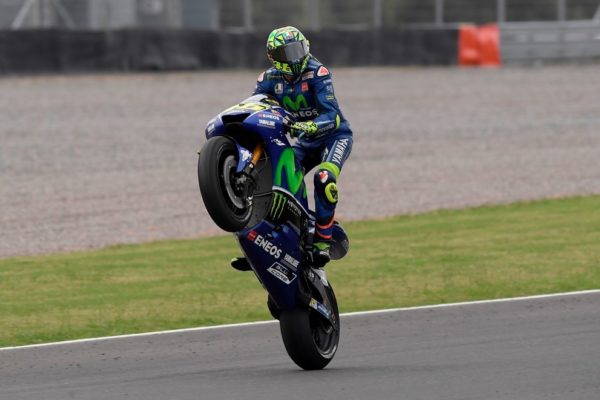 With a win in Argentina, Viñales leads the championship standings with 50 points, closely followed by Rossi in second position with 36 points. Yamaha remains in the lead in the Constructors’ Championship with a maximum of 50 points, while the Movistar Yamaha MotoGP Team lead the way in the Team Championship with 86 points, 59 points ahead of Monster Yamaha Tech3 in second place.

The race saw a lot of riders going down. Ducati’s Jorge Lorenzo ran into Suzuki’s Andrea Iannone and crashed out on the very first turn of the first lap of the race. Marc Marquez, who was in the lead, crashed on turn 2 of the circuit in the third lap. Repsol Honda’s Dani Pedrosa too could not finish the race, crashing out at the same turn where his team mate Marc Marquez fell. Aleix Espargaro lost the front grip and crashed, taking out Ducati’s Andrea Dovizioso with him.

Here is the complete race result:

MotoGP will be back in action in two weeks’ time at the Circuit Of The Americas in Austin, Texas, in the United States on April 23, 2017.