The 2017 season of MotoGP kicked off yesterday at the Losail International Circuit, Qatar but the Rain Gods created some trouble for the riders in the premier class. All sessions were cancelled due to standing water on the track, thereby lessening the riders’ time to practice and perfect their race settings. The race start then being delayed twice, due to sudden rain causing dangerous track conditions, added even more to the tension. Eventually, after two warm-up laps to give the riders a feel for the track, the race got under way 45 minutes later than scheduled.

The grid was finalised based on the Free Practice timings and Movistar Yamaha MotoGP rider Viñales secured the pole position. His team mate and MotoGP legend, Valentino Rossi started from the 10th spot. 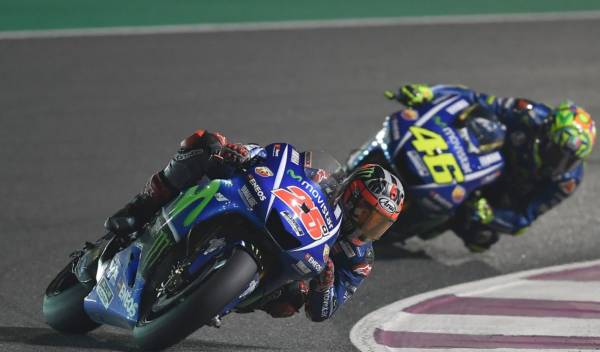 The race was led by Yamaha rider, Johann Zarco but after a promising start, he crashed out of the lead. With 10 laps to go, Andrea Iannone, who was leading the race, lost front end grip and crashed in front of Viñales. The Spaniard soon flew past Marc Marquez to start the hunt for leader Andrea Dovizioso.

Two laps later he passed the Italian, clinching first position. Dovizioso fought back, overtaking the young Spaniard at the end of the long straight. The last five laps were filled with constant push and pull action between the two riders, but the Yamaha debutant’s last lap, a personal best of 1’56.157s, saw him take the chequered flag in first place, 0.461s ahead of his closest rival. Ducati’s Dovizioso finished second while his team mate and former Yamaha rider Jorge Lorenzo settled for 11th position. 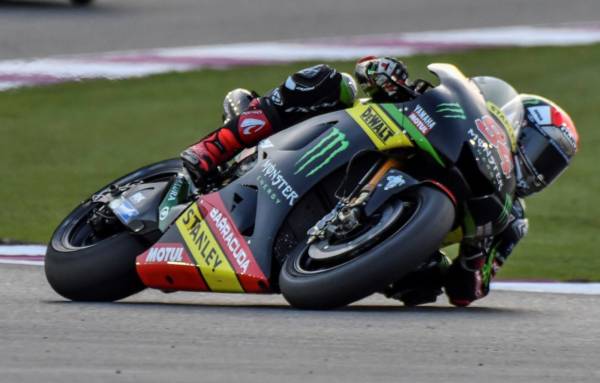 Teammate Rossi had to start his 2017 campaign from tenth position, but the Doctor didn’t take long to cut through the field. Launching his YZR-M1 past various rivals as the starting lights went out, he grabbed seventh place, despite a collision in turn one. With 18 laps to go the Italian was the quickest man on track, trying to pass Dani Pedrosa in front of him. Seeing the front group break away, he made his move a lap later and slotted in behind his teammate.

The Yamaha duo moved up two places as Zarco and Iannone fell victim to the high pace needed to stay in contention in the first hot battle. Rossi ran wide going into turn 1 with ten laps to go, but he recovered quickly. He followed his teammate past Marquez. 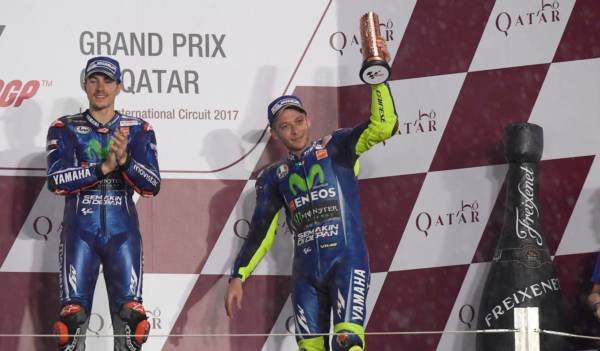 The veteran bided his time as Viñales and Dovizioso battled for the lead. With four laps to go, he set his personal best time, a 1’56.398s, and was looking threatening, but due to tyre wear he was unable to join in on the fight for the victory and had to settle for a hard-fought third place, crossing the line +1.928s behind his teammate.