Home Features Help us choose the Motoroids Bike of the Year 2016: Get voting now! 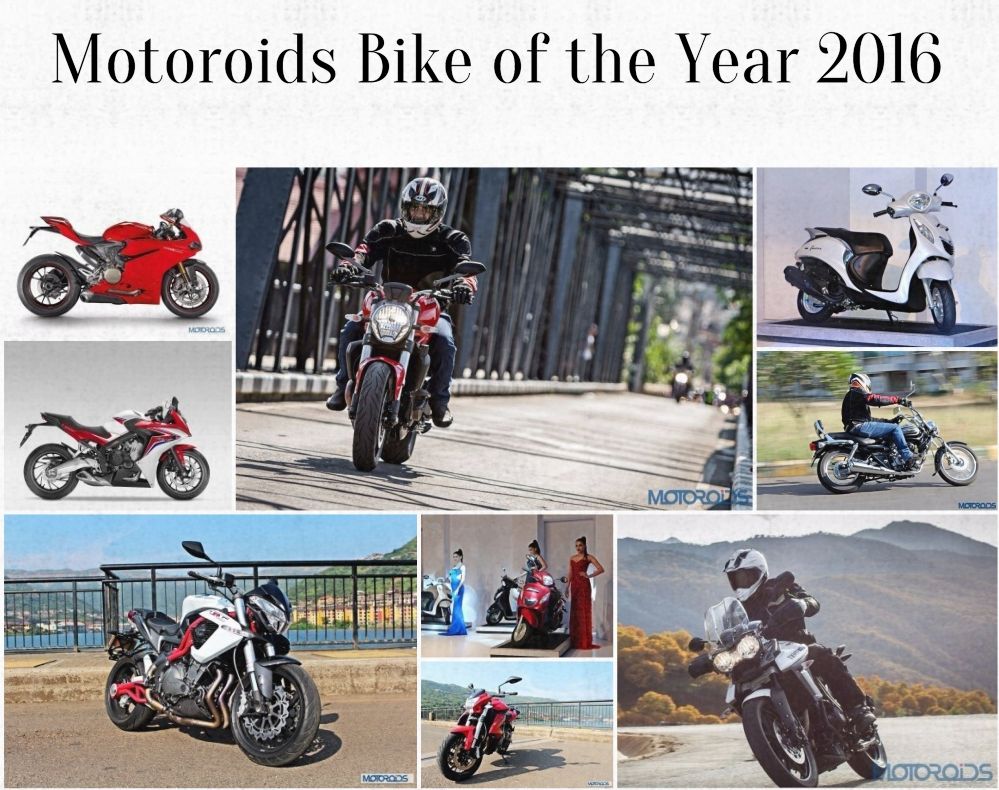 It’s that time of the year when we compare all the two-wheelers, irrespective of their displacement and tech specs, which made way to the Indian shores in the year gone by. Unlike most other publications, we do not have a gazillion awards to keep everyone happy. Instead, we let our readers express their views and cast their votes to give us three finalists which would be further evaluated by the expert panel at Motoroids India to find out the ultimate Bike of the Year.

Also our polls for the car of the year are live: Click here to Vote for Motoroids Car of the Year 2016

Starting from puny piddlers to motorcycles with displacement as high as 1800cc, we list all the products that were launched in India in 2015. The list is long and selecting a particular model is a difficult task. So get on with it, choose the 5 best bikes that you think deserve to win the Motoroids Bike of the Year Award 2016.

Remember, you can vote for up to 5 bikes of your choice!

Here is the list of motorcycles that are in the race to grab the top accolades:

The list is long so start rooting for your favourite motorcycle to help it win Motoroids Bike of the Year award.