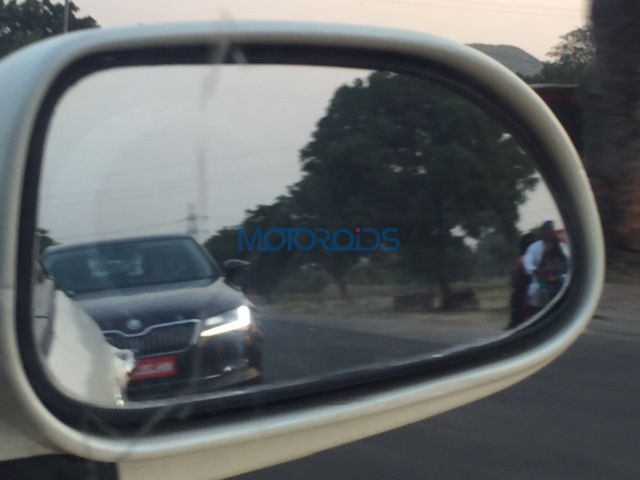 [Update 2] Another set of spy images by an avid Motoroids reader reveal the inverted L shaped DRLs in the headlight setup of the upcoming Skoda Superb. Engine badging still remains to be absent although the Superb badging is visible on the test mule. 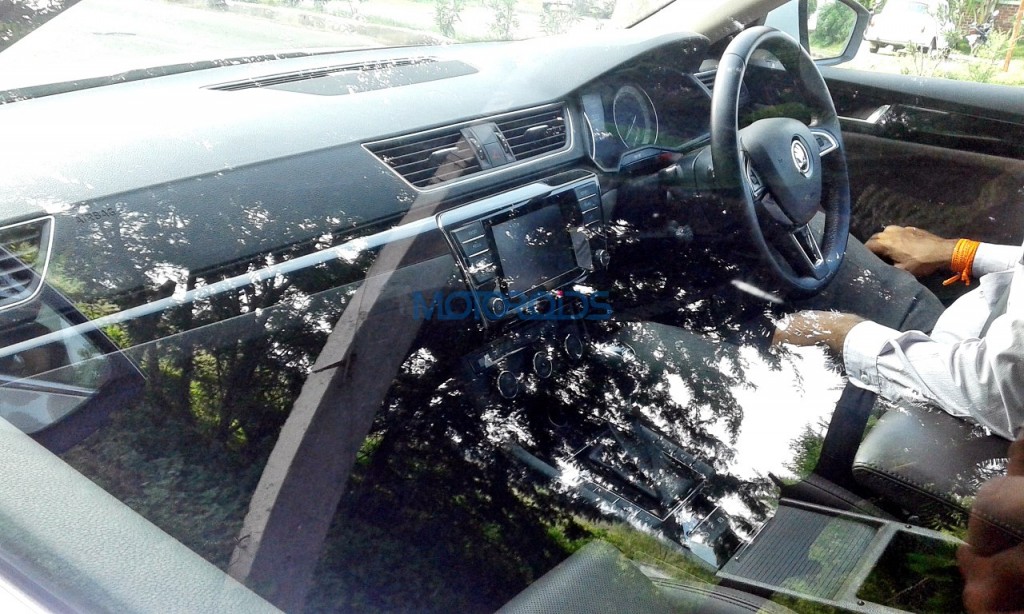 [Update 1] Motoroids reader and fan Pritish Suryawanshi has shared a whole bunch of interior and exterior spy images of the new Skoda Superb with us. A peek inside the cabin reveals the supremely luxurious, leather clad cabin with its large central screen, new steering wheel and plush seats with acres of leg-room at the rear. A closer look at the rear of the car reveals that there is no engine badging with only Skoda and Superb letterings flanking the registration plate.

We have spied the upcoming Superb on earlier occasions as well. Here’s the detailed story from our earlier sightings.

A reader has spied the all-new, 2015 Škoda Superb in India again, indicating a launch soon. Now in its fourth-generation, the Škoda Superb made its world première at the Forum Karlín in Prague earlier this year in February. The new Škoda Superb is based on Volkswagen Group’s MQB architecture, and measures 4861 mm long, 1468 mm tall and 1864 mm wide. Compared to its predecessor, the new Superb is 28 mm longer and 47 mm wider, while its wheelbase has been increased by 80 mm and the front overhang is 61 mm shorter than before.

Styled by Škoda design chief Josef Kaban, the new Superb will be more athletic in its appearance than its predecessor. Influenced by the Vision C Concept, the lines are tauter and sharper, while the profile is now that of a traditional saloon, unlike the last generation model, which looked like a hearse in comparison. Sharply styled head-lamps, and the new Škoda corporate grille characterise the front, while the sides get a high set, strong waistline, and a glasshouse with a kink that’s a nod to the new Octavia. The rear end features LED tail lamps, sharper edges and a subtle boot lip spoiler. 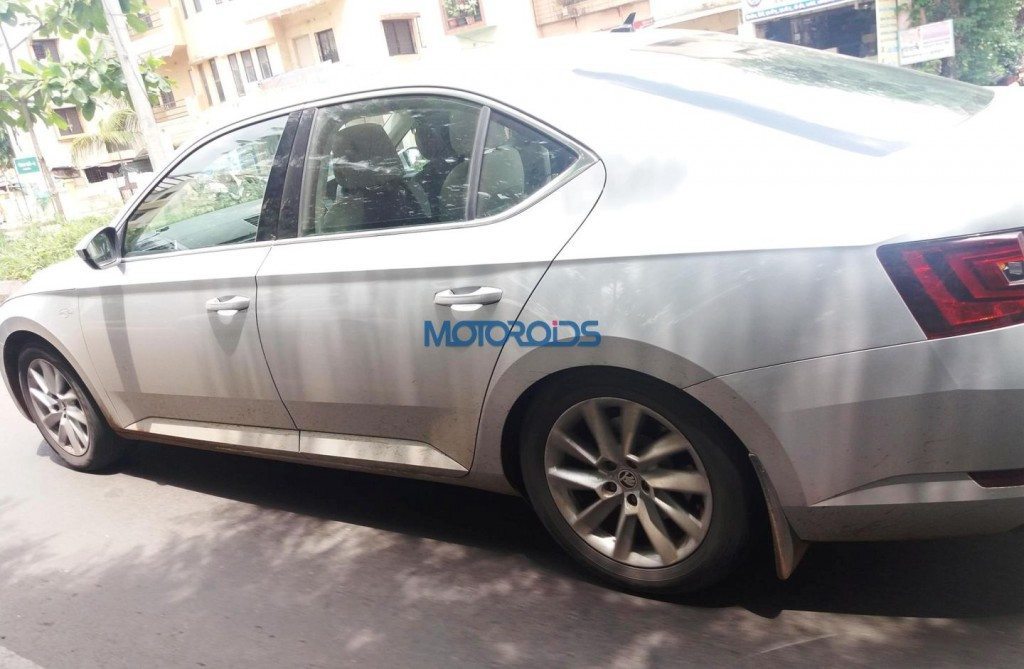 Internationally, the new Škoda Superb comes with direct-injection turbocharged engines which include five TSI petrol units and three TDI common-rail diesel units. However, India is likely to get the 1.8-litre and 2.0-litre TSI petrol engines, along with the 2.0-litre TDI engine. Both engines are paired to DSG double clutch transmissions.

The interiors are as understated as the exteriors, and feature acres of leather, three-zone air conditioning, a sliding and tilting panoramic electric roof, a new infotainment systems based on Volkswagen Group’s MIB technology (Modularer Infotainment-Baukasten), heated seats, automatic windscreen wipers and headlamps, amongst others. The new Škoda Superb is the brand’s first model offering adaptive Dynamic Chassis Control (DCC) including Driving Mode Select. Škoda India is expected to launch the new Superb by the end of this year or early 2016.