Home Features Help us choose the Motoroids Car of the Year 2016: Get voting now! 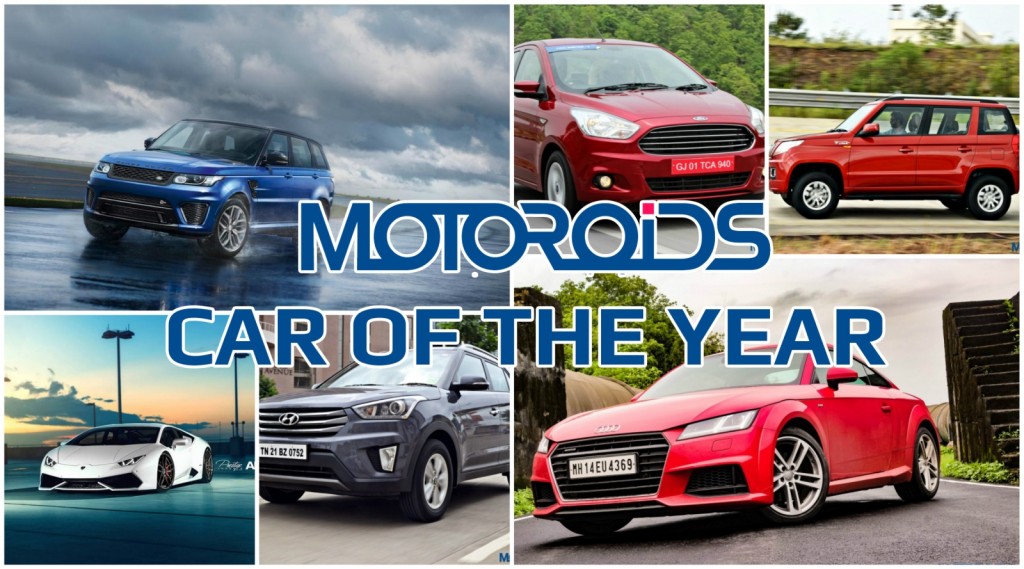 The Indian Car of the Year Award for 2015 deservedly went to the Hyundai Creta. Hyundai have found another sticker to paste on the back of their premium compact SUV, with approval from most and disapproval from some. So we give you the Motoroids Car(s) of the Year 2016, where you, the reader gets to have a say and choose his winner.

Also our polls for the bike of the year are live: Click here to Vote for Motoroids Bike of the Year 2016

There were a slew of launches this year, right from the Alto bashing, bold and frugal Renault Kwid, to exotic show stealers like the Lamborghini Huracan. From the anaemic, frail machines on life support to chest thumping monsters with a massive V10 rumbling under their bonnets, we have lined them all up here for you to adjudicate. The list is long, as 2015 saw enormous action and selecting a particular model is a difficult task. So get on with it, choose the 5 best bikes that you think deserve to win the Motoroids Car of the Year Award 2016.

Remember, you can vote for up to 5 cars of your choice!

The list is long so start rooting for your favourite car right away!