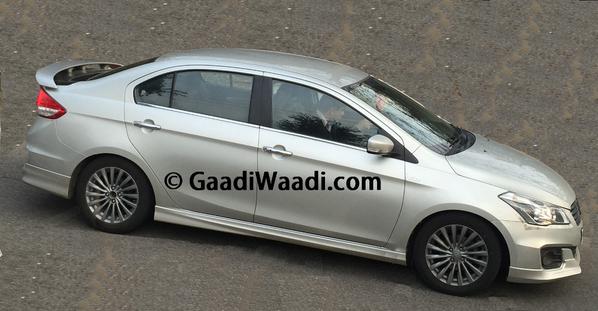 The Ciaz has helped Maruti Suzuki clock some good sales numbers and we feel that the Indian car maker wants to squeeze out every possible opportunity to make more profits from the car. In an attempt to boost its sales, Maruti will soon launch the Ciaz with sporty body kits and tag it as the “Ciaz RS”. The new Maruti Ciaz RS will receive a sporty body kit which would include chin spoilers at the front and rear, side-skirts and a boot-lid mounted spoiler too. 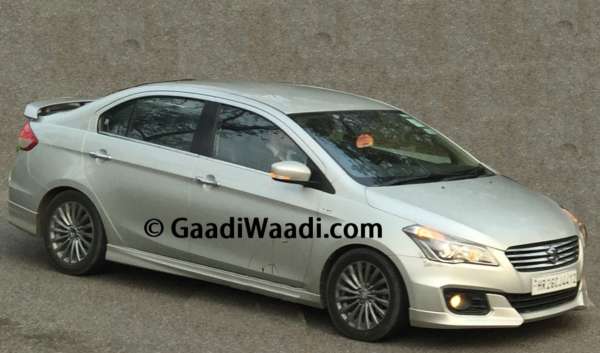 The latest spy images captured by automotive website GaadiWaadi reveal the complete appearance of the Ciaz RS and the stance looks visibly better with the aforementioned add-ons. On the mechanical front, however, do not expect to see any changes. We expect Maruti to load stack up the RS with the same engine that is found on the standard Ciaz. So the Ciaz RS will be powered by the same 1.4-litre K-Series petrol engine and 1.3-litre DDiS oil burner that is found on the Ciaz. 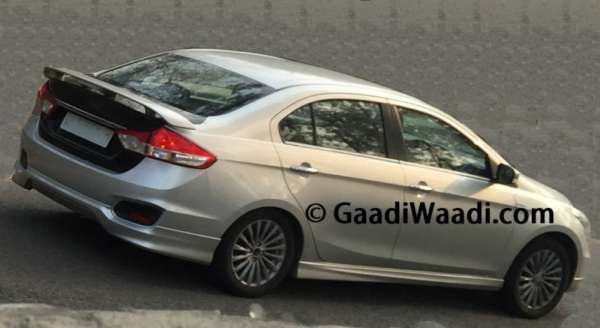 The 1.4-litre K-Series petrol engine is capable of producing 91.1 bhp of power and 130 Nm of torque while the 1.3-litre oil burner churns out 88.5 bhp of power and a healthier 200 Nm of torque. The Ciaz RS will be a premium offering and hence is expected to loaded by safety features such as ABS with EBD and dual airbags as standard. 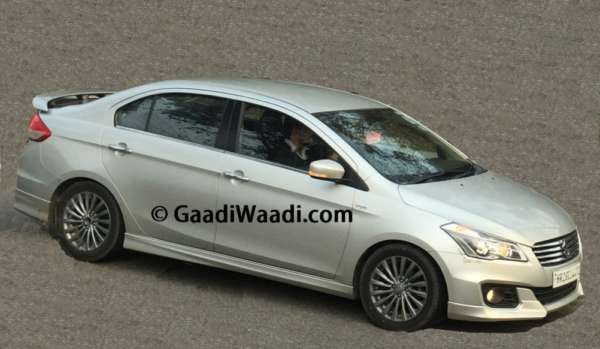 The Ciaz RS appears to be ready for production and hence we expect Maruti to introduce this model very soon. The RS would come at a premium so expect prices to hover around the Rs 10 lakh mark. Would you like to get your hands on the new Maruti Ciaz RS? Share your thoughts and opinions about the car with us through the comments section below.