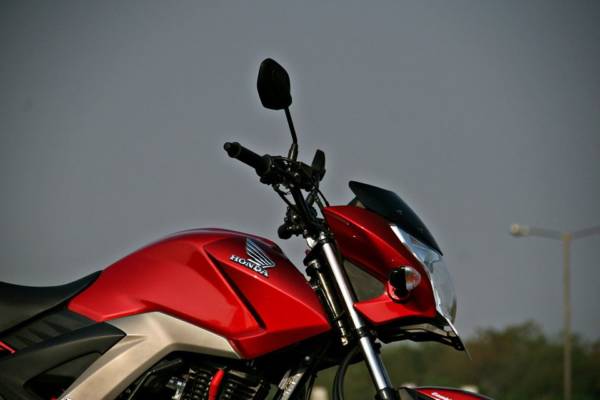 The India Two-Wheeler APEAL Study, which serves as the industry benchmark for new two-wheeler appeal, measures how gratifying a new two-wheeler is to own and ride based on owner evaluations during the first two to six months of ownership. The study examines 33 attributes across six performance categories: seats; looks and styling; control switches/ locks; engine and transmission performance; fuel economy; and ride and handling. Overall APEAL performance is reported as an index score based on a 1,000-point scale, with a higher score indicating higher satisfaction.

“There are different drivers of performance satisfaction in each product segment, and each product segment appeals to a specific demographic,” said Mohit Arora, executive director, J.D. Power Asia Pacific. “The Two-Wheeler APEAL Study provides the industry with key information about customer expectations so manufacturers can align their designs with those expectations and improve the performance metrics of their models.”

For the scooter model segments, the categories with the most impact on product performance satisfaction are seats (21%) and engine and transmission performance (20%). Comfort is the key reason for purchasing a scooter.

For motorcycles in the economy model segment, ride handling (21%) and fuel economy (19%) are the key drivers of satisfaction, and fuel economy is the top reason for purchase. In the premium motorcycle segment, the engine and transmission performance (24%) and looks and styling (18%) categories most influence product performance satisfaction. Looks and styling is the key reason to purchase in the motorcycle premium segment. 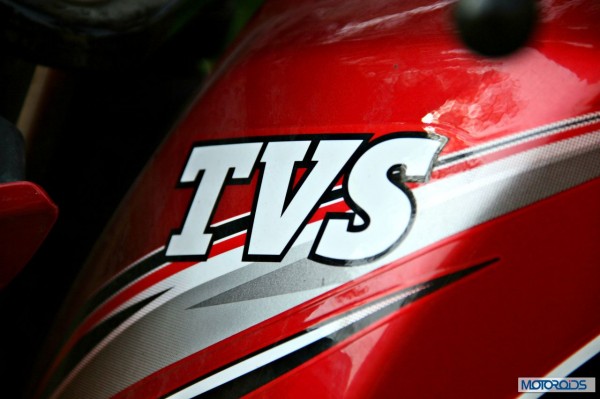 Yamaha Ray/ Ray Z (859) ranks highest in the executive model segment for scooters and performs particularly well in the seats and ride and handling categories. 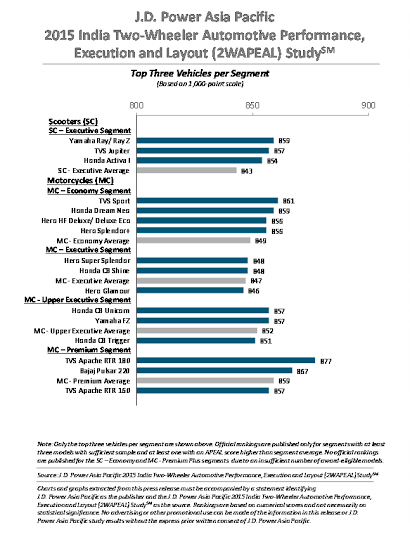 The 2015 India Two-Wheeler Automotive Performance, Execution and Layout (2WAPEAL) Study is based on evaluations from 10,283 vehicle owners who purchased a new vehicle between March 2014 and October 2014. The study includes 81 two-wheeler models from nine makes. The study was fielded from September 2014 to December 2014 in 45 cities across India.