There are not many bikes in the world as iconic as the Suzuki Hayabusa. In our country, in particular, the bike’s claim to fame was its appearance in the first ‘Dhoom’ movie. Apart from starring in the film, the Hayabusa has a lot of credibility on its name. It was the first production bike to cross the 200 mph (or 320 kmph for us Indians). With a road-going motorcycle capable of going this fast, all bike manufacturers came to the famous gentlemen’s agreement which limited all modern superbikes to a top speed of 299 kmph. Given its popularity, it is no wonder that it has been the centre of attraction for many motorcycle enthusiasts in the country, and many have been modified into some very nice looking things, allow us to present you one such modification job, uploaded on YouTube Channel VampVideo.

As you can see, the mighty falcon in this video has been converted into a street fighter. The faring has been taken off, and quite a few new bits and bobs are added on. The front end of this modified motorcycle is characterised by a headlight assembly imitating the head of an alien with projectors in the places of headlights. With the fairing gone, there was no place left to hang the mirrors. However, a pair of bar-end mirrors not only look good but solve this problem as well. Like most modification jobs, this falcon also comes with an aftermarket exhaust. This package is completed with a custom paint job, with rust spots and a skull on the tank, looking really neat. 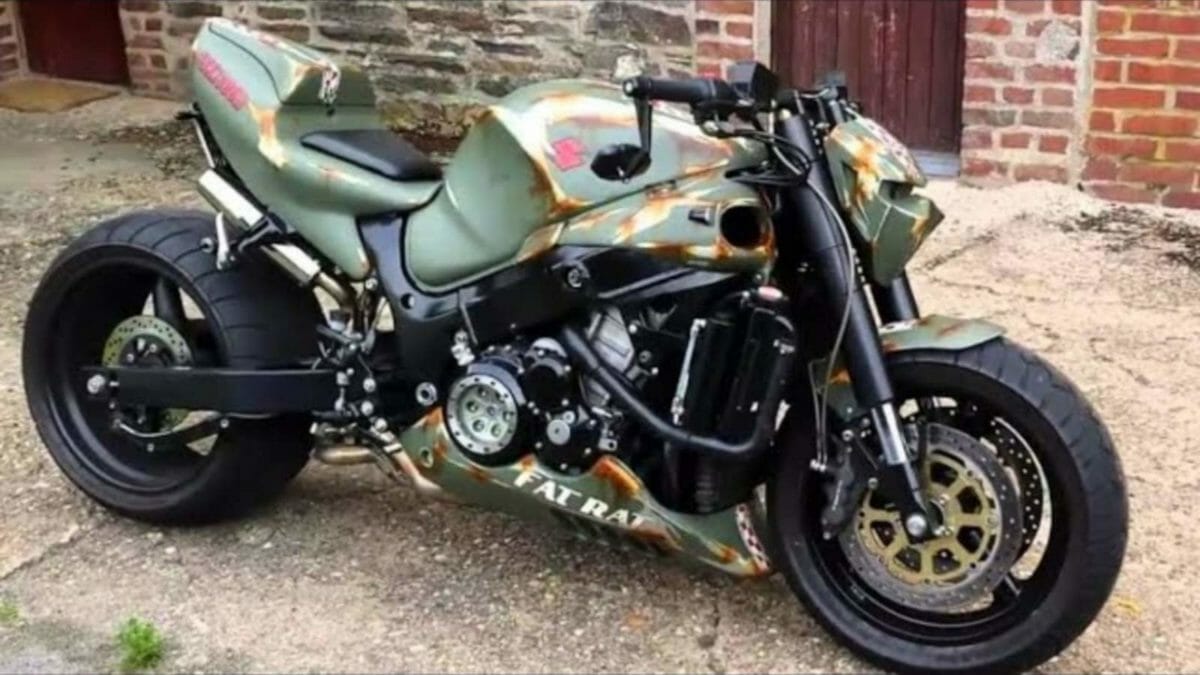 Also Read: The 2019 V-Strom Is Out And We Hope Suzuki India Gives Us Something Similar

In its current avatar, not that it has changed that much over the years, this legendary Suzuki bike uses a 1340cc, liquid-cooled, inline four-cylinder engine. This motor has been tuned to offer 197 bhp power at 9,500 rpm and 155 Nm torque at 7,200 rpm. A six-speed gearbox sends the power to the rear wheels, the power also is controlled by three riding modes. Being sold through the CKD route the price of this beast starts from INR 13,65,443 onwards (ex-showroom) in our market.