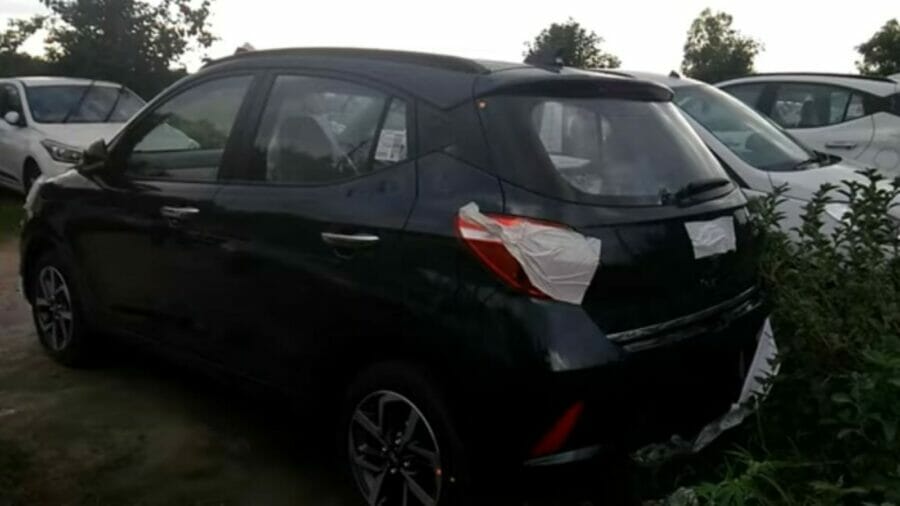 Ahead of its launch in the Indian market, a few days from now, Hyundai dealers seem to be stocking up on the brand new Grand i10 NIOS. Aiming to begin deliveries right away, a YouTube video showcases one such model in what appears to be a dealer parking lot, surrounded by a number of other Hyundai vehicles. This video showcases the car, in the flesh from angles never seen before, do have a look at this video uploaded by Tanmay Gupta.

The rear side of the car showcases a chrome strip which is present on the edge of the tailgate. The electric release for the tailgate can also be seen on this very edge. The rear number plate is located at the lower end of the bumper. The NIOS badge is placed below the rear Hyundai logo, just like what we have seen in the Hyundai Venue. A shark fin antenna is fitted on the roof, set towards the rear. The alloys measure 14-inches in diameter and come wrapped in MRF tyres. A floating roof design can be seen in the C-Pillar of the car, with a G-10 badge embossed in the plastic. 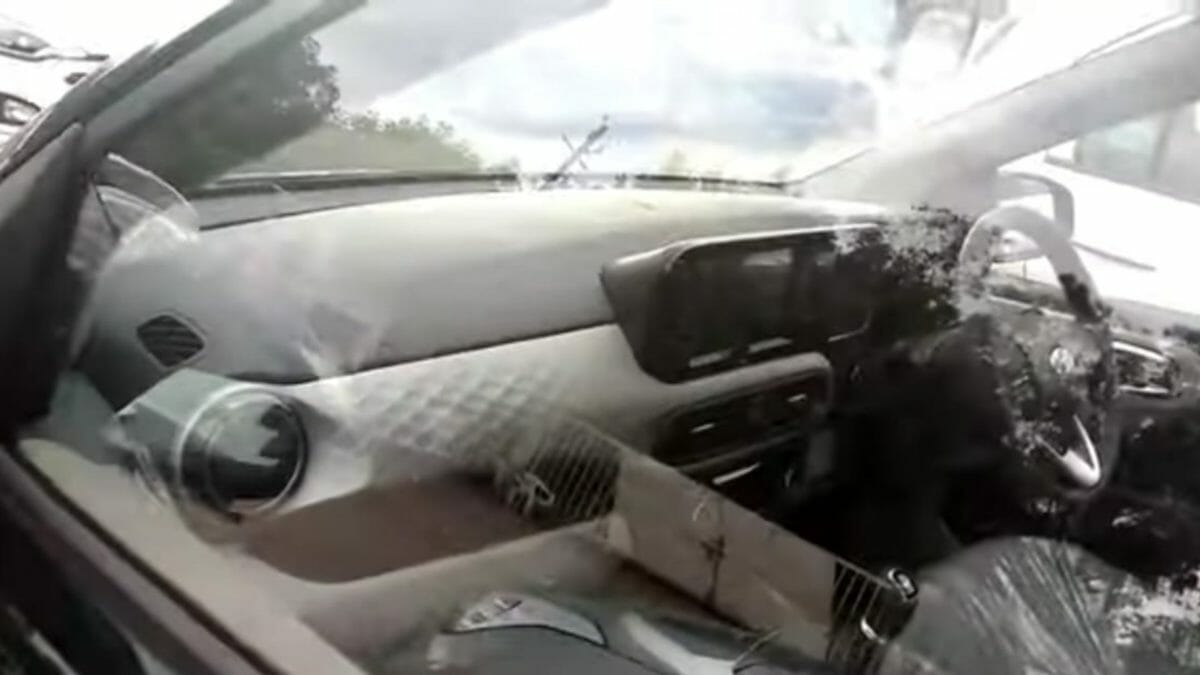 One can also have a look at the chrome door handles on the car, which would be offered with the top-end trim levels of the car. The video also gives us a glimpse of the interior of this upcoming hatchback. One can notice the dual-tone colour scheme, with some dimples, carved out on the passenger side, adding a premium touch to the car. The infotainment screen looks rather large and this particular model has the 5-speed manual transmission and automatic climate control. The design of the interior door handles is also changed. Moving further ahead, we can not see much as the front end of the car is covered. However, from images released by Hyundai earlier, expect a wide cascading grille and projector headlamps to be hidden behind these covers. 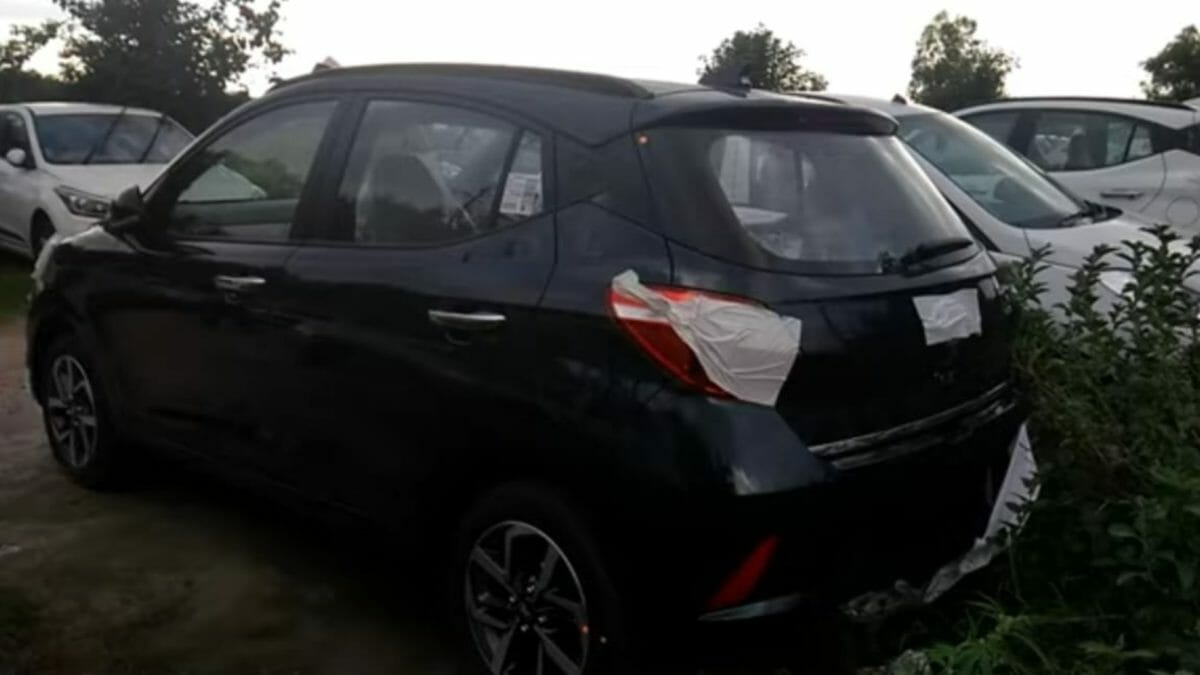 Hyundai will be carrying forward the same petrol and diesel engines as the current generation Grand i10. The 1.2-litre, 4-cylinder petrol motor is good for 83 PS of peak power and 114 Nm of peak torque. The oil-burner, on the other hand, will deliver 75 PS and 190 Nm. Both these models will be married to a 5-speed gearbox as standard, but an optional AMT would be made available with both the petrol and diesel motors. Reports also suggest that this new generation model will feature BS-VI compliant motors. Stay tuned for more news on this Korean hatchback.