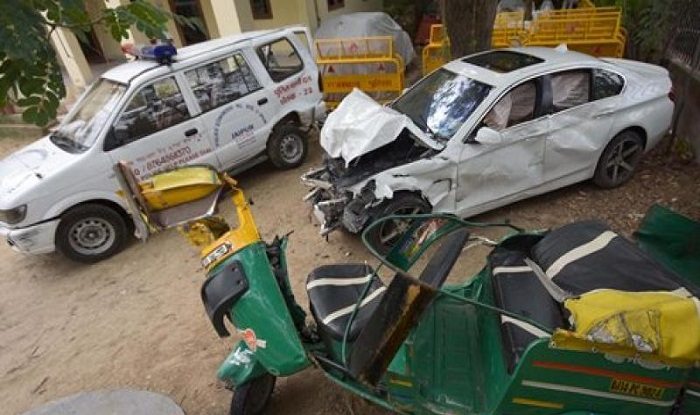 In what seems to be a case of drunk driving, a BMW 5 Series hit an auto-rickshaw and a PCR van reportedly at speeds of 100 km/hr in Jaipur, killing three and injuring five. The incident occurred around 2 am in Jaipur when Siddharth Maharia, son of local independent MLA Nandkishore Maharia, rammed his BMW in an auto before hitting the police van. The impact of the accident was such that the auto was reportedly thrown 200 feet ahead.

According to the police, Siddharth was under the influence of alcohol at the time of the incident. As per preliminary investigations, his blood alcohol level was 152 mg per 100 ml of blood, five times more than the permissible limit of 30 mg per 100 ml of blood. The accident resulted in the death of three out of the four occupants in the auto while four police personnel in the PCR van were injured. 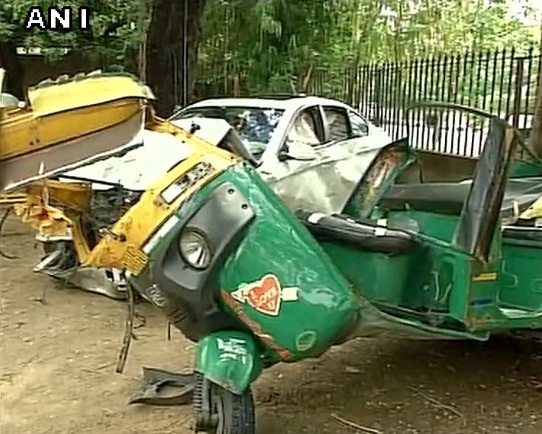 Siddharth is booked under section 304 of the IPC (punishment for culpable homicide not amounting to murder). He was produced before Additional Chief Judicial Magistrate, who sent him to one-day police remand. He was later produced in court after which he was sent to three days of police custody. According to Siddharth, it was his driver who was at the wheel of the vehicle and not him. He even went on to say that he was not under the influence of alcohol at the time of the incident.