MINI India has introduced MINI Urban Drive an exclusive platform to showcase its legendary MINI go-kart experience,  featuring the all-new MINI Countryman, Convertible, MINI hatch and their flagship model the Clubman. The first of these events was held in Bangalore during the month of August and as planned MINI intends to launch it across a total of 7 other cities including Chennai, Pune, Chandigarh and Delhi in the coming few months. We attended the Urban Drive organised and held in Mumbai at the Raymonds Track in Thane. 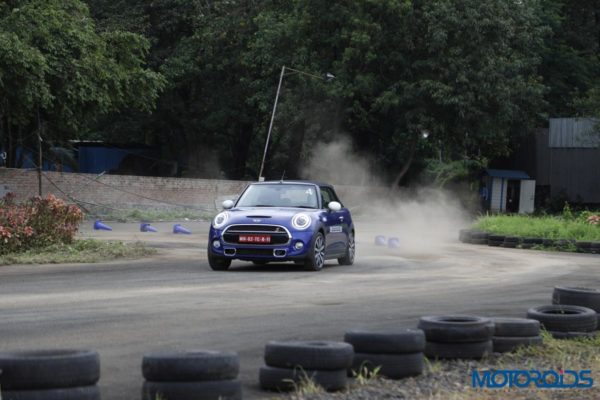 This track is normally used as the private proving grounds for India’s very own car enthusiast/collector and millionaire Gautam Singhania. Here Mr Singhania drifts and drives his own collection of cars, putting them through their paces and burning some rubber. MINI couldn’t have picked a better location to host such an event where it intends to put drivers through a series of exercises that not only highlight it’s line-ups capability but help better the overall driving skills of said drivers. 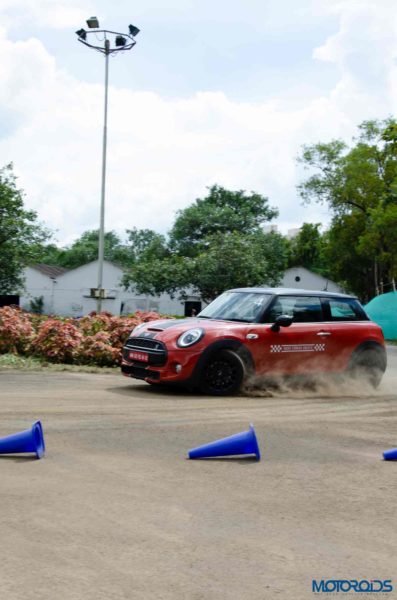 We had two sets of exercises to carry out, one that focused on a more Motorkhana styled circuit where drivers were given two practice laps and were timed during their third run as a reference. This exercise was particularly fun as I managed to get my hands on a two-door Mini Cooper S that truly lived up to its GoKart like handling. The Cooper S felt effortless through tight turns and except for a little predictable understeer the car really zips through like a GoKart. The next exercise was one that had drivers focused on braking and manoeuvring the vehicle through water during hard braking.

This time around I got my hands on the all-new Countryman S, even though it managed to dwarf the MINI hatch, it was by no means a slouch. Drivers were to accelerate hard down a straight patch and then immediately drop anchor by slamming on the braking while manoeuvring around a few cones. This too was done quite well and the Countryman S didn’t disappoint in terms of handling, braking and it’s lovely exhaust note that popped and crackled at every chance it got. All in all, this was a wonderful experience that didn’t just flaunt the MINI driving dynamics but also the sheer capabilities of this nimble car.