Home Features Royal Enfield Tour Of Uttarakhand 2018, And How I Returned a Transformed Rider

Motorcycling and Magic. There must be some co-relation between the two. There certainly is. Because how else can anyone explain recurring dreams about getting astride a bike and taking off to experience the miracles which surround us? You may do it on your feet, inside the safety of a box on four wheels, but no, only a motorcycle adds romance to that fantasy.

Until now, how I used to get my fix of two-wheeled sorcery was simple. Get on a bike, get out, ride it fast, bring it back, and do it alone. Then, I got invited to ride through the lesser known by being a part of the Royal Enfield Tour Of Uttarakhand 2018, where I would ride along a couple dozen other souls I’d never met before! What did it do to me? Here’s an account.

The plan was simple. Start from the rolling hills around Dehradun and ride everyday for 8 days. During this time, we would ride along holy rivers, through surreal landscapes, within kissing distance of towering glaciers, and on roads and trails which only the Gods of Motorcycles could’ve carved. No wonder they call this state of India the ‘Land of Gods’. Our ride for this journey? A BS4 RE Himalayan, which gave us a tour of its natural habitat. And how! More on that later. 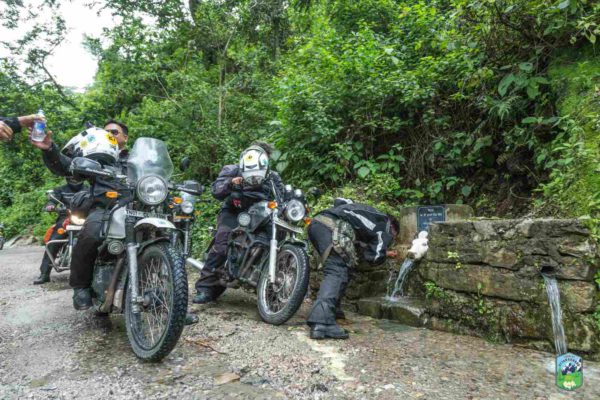 Post a bike & rider scrutiny and a very elaborate first-aid training session, the entire bunch was headed towards Lansdowne. On that day, initially, it was perhaps Mother Nature who wanted us to hit rock bottom. So that before we could ride on roads which floated above the clouds and our cheeks could be kissed by some crisp mountain air, we could learn how in order to appreciate the presence of something, one needs to experience the lack of it. 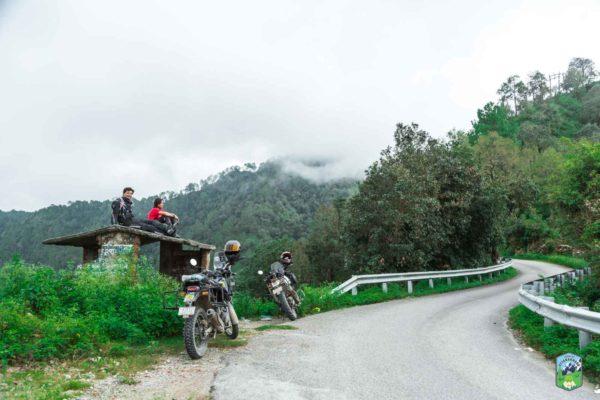 Just out of Dehradun, as we rode along the banks of the Ganga, extreme muggy weather got the better of the most of us. Anticipating rain for being told by a weather alert system which is only as good as the most unreliable thing there is, all of us were decked up in rain gear on top of or under our riding attire. The lack of any wind meant that all of us were sweating in litres, where even the slightest movement in the foliage around us brought a lot of cheer. 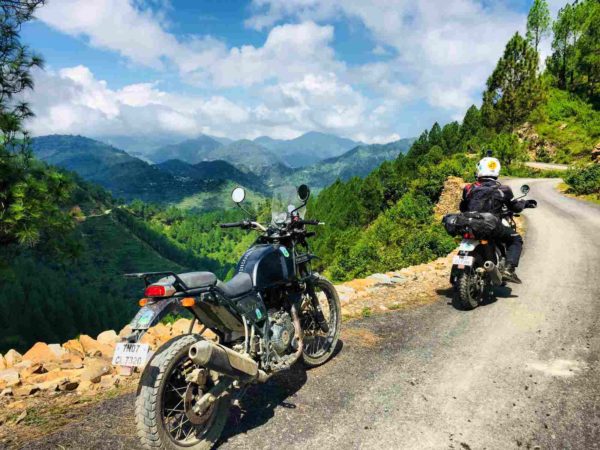 And then, the climb towards and beyond those puffy clouds began. Suddenly, the sweat had started to evaporate, the scent of pine came through in waves, slush had transformed into super smooth tarmac, and visuals of a distant stream that ran through the bottom of towering valleys began to reflect through our sockets. 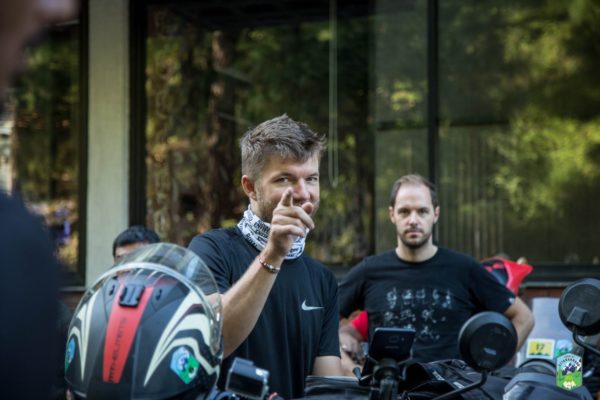 Upon reaching the destination, it is when an introvert like me got out of his shell in the most natural of ways. I met people who were indulging in an escape from their everyday lives. A bunch which included a father of three who runs an orphanage, a mother of two who was visiting her own self, a to-be doctor who was stitching up the geeky wounds of his early life, a veteran techie who wanted to see what’s real outside of his binary universe, a grey-haired businessman who knew there’s more to life than just numbers and figures, an aeronautical engineer who wanted to give wings to his motorcycling dreams, and two veteran motorcyclists from Malaysia, who had many miles still left in the heels of their boots and the tread of their tyres. 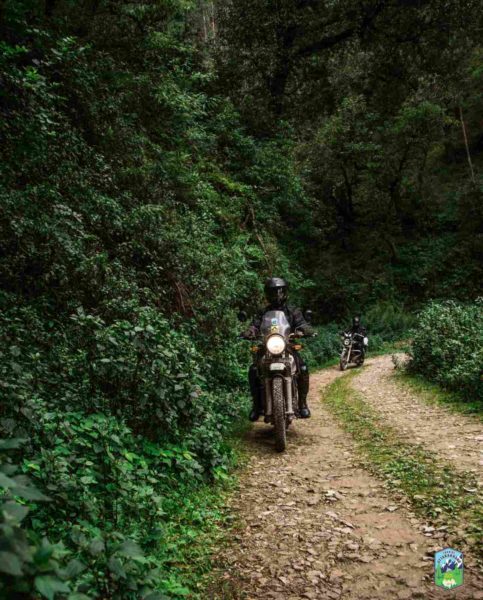 Post that day, everyday, my schedule included witnessing the most surreal of sunrises and then riding the bike until the big ball of fire would drown itself behind a mountain in the most spectacular of ways. In between, we would ride through trails where the tread marks of our bike’s tyres would overlap pug marks of some resident Himalayans. And just as we entered the Kumaon region of Uttarakhand, pristine tarmac zig-zagged its way until we reached the peak of our trip at Munsiyari. 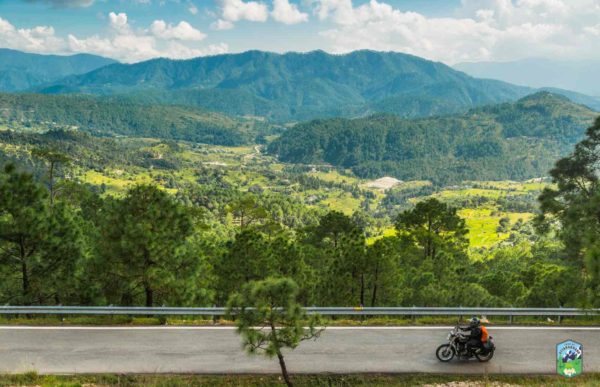 Between Lansdowne and Munsiyari, we had crossed the town of Kausani, which definitely can put Switzerland to shame and a tiny little hamlet called Chaukori. At both these places, if the weather’s on your side, a panoramic view of some of the tallest mountains in the world capped in white, sits above a lot of lush green pine and all things exotic. 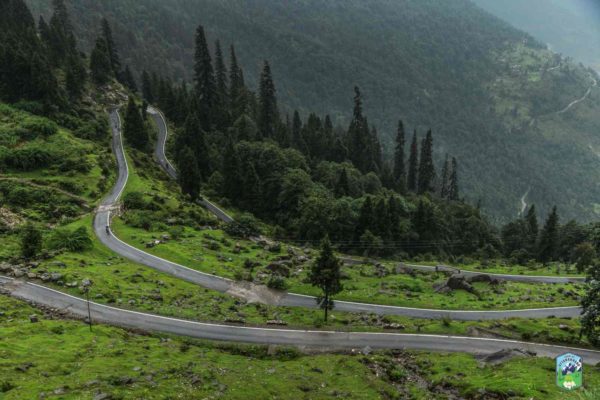 Talking about Munsiyari, it is pretty much the northern most town in the Kumaon sector of Uttarakhand, before you can cross the border into another country up north. We had ridden into this paradise all drenched from the rain and countless water crossings, starting from Chaukori, through a stretch of road which can have a good laugh at glorified names like the Stelvio Pass and the Transfăgărăşan Highway. 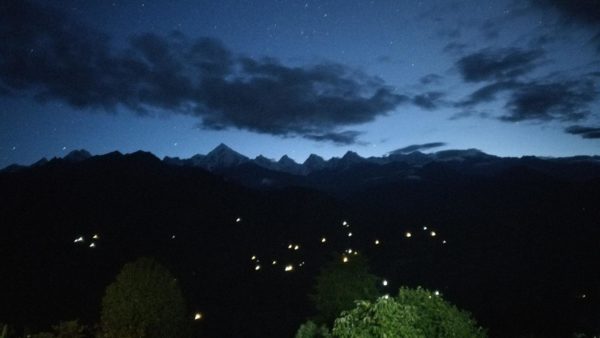 Now, the thing about Munsiyari is that it sits pretty in a landscape, which is more like an amphitheatre setting to get a view of the mighty, dusted with snow, Panchachuli range. A sleepless night to get a glimpse of the peaks must’ve made the Mountain Gods considerate. 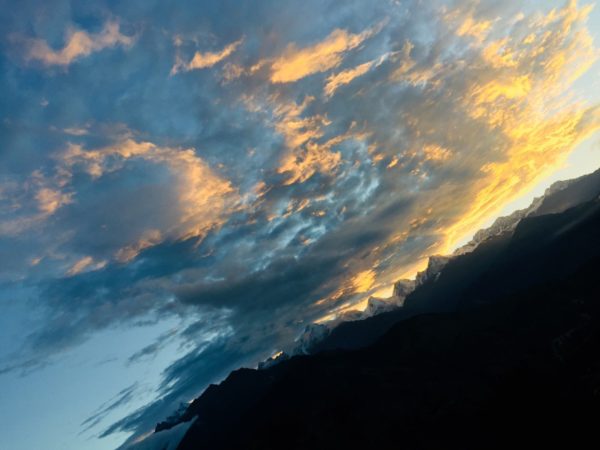 For the clouds which poured all evening had begun to clear, and by the time it was morning, the sharp and rugged might of those peaks and just the sheer beauty of it, glimmered in the golden hues of the early Sun. It was then that I realised that sights like these are either for the saints who devote their existence to these mountains, or for fools who escapes from the ordinary to live a little. 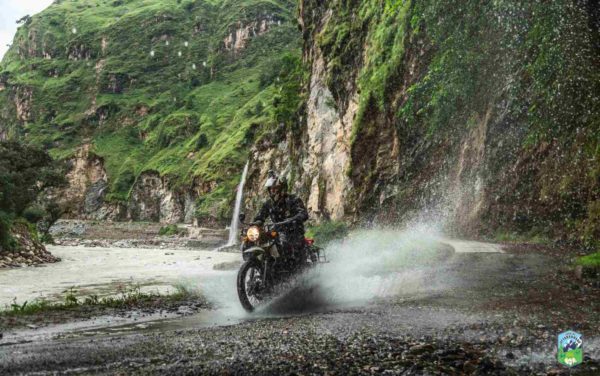 Now how can a motorcycling trip be complete without the experience behind the bars which must be etched in your memory forever? To reach Pitthoragarh from Munsiyari that day, we took the route that would take us through Jauljibi, a town which kisses the Indian border with the Kingdom of Nepal. 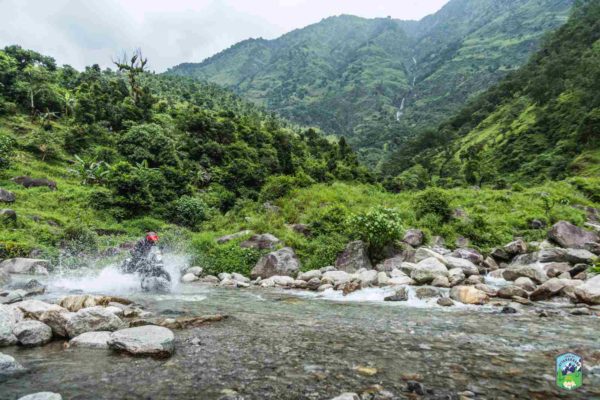 Geography lessons aside, the route is a dream sequence coming alive, where massive streams cross the road, waterfalls act as showers for passersby and a rally-spec stretch of broken tarmac allowed the Himalayan to fly like a bar-headed goose alongside the gushing waters of the river that ran alongside. 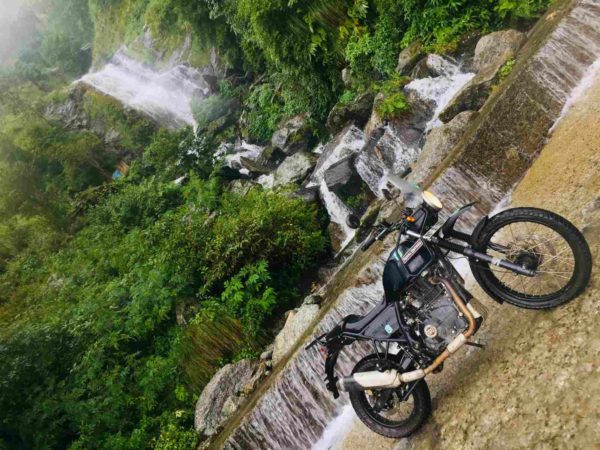 What about the bike? Well, for someone who was astride the Himalayan for the very first time, and for someone who was very new to the ADV genre of motorcycling, this RE made me realise why it has a name like that. It felt at home at all times throughout this journey, and it felt that way through slush, through trails, through broken patches, through water crossings and everything that the rugged terrain threw at it. So much so, I was riding it like I had been in that saddle for years. And when you feel like that, you are asking the bike to perform at its very limits. The Himalayan did, and withstood everything that came in its way. What a machine! 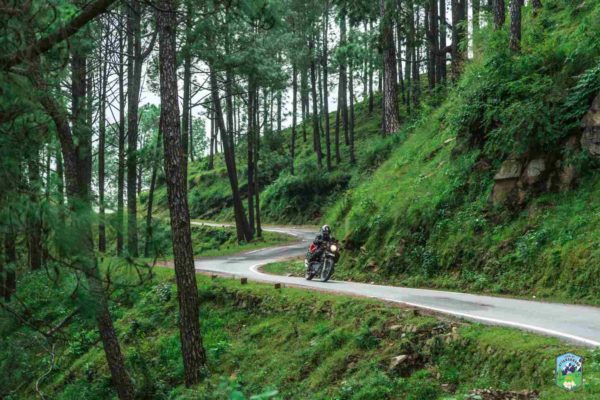 The journey back to Dehradun took the bunch through the pristine forests of Binsar, the touristy hustle of Nainital and the glory of all things Alpine. And right before the conclusion of an eight-day experience, I sat there on the borders of the Jim Corbett Park, watching a dozen Elephants do their thing by the river. 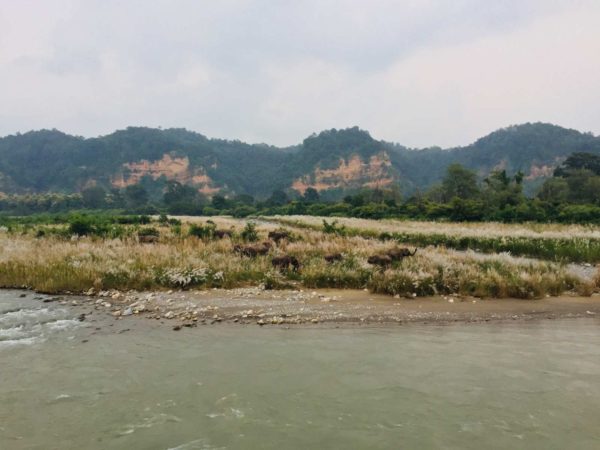 Which made me question myself if motorcycling is all about the the bike and just you? Not at all, No! Because just like animals, as humans, we are disposable, collapsible, raw and societal too. With this experience, I got introduced to the social side of motorcycling. An interesting episode where the bike still plays the central character and the experience is festooned with enchanting visuals and rare, seriously interesting souls. 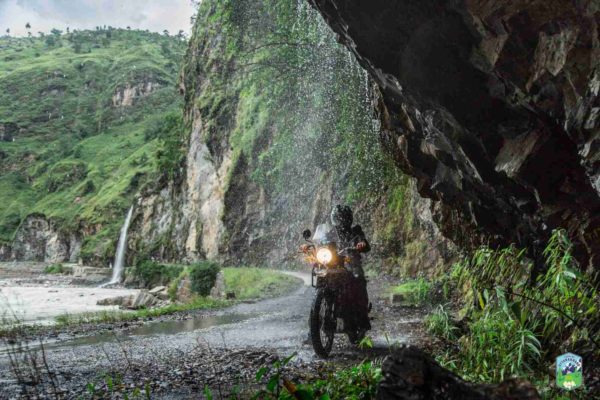 I came across people who weren’t masquerading as someone else. They got along their raw, true, beautiful side which complimented the beauty of this lesser known side of the Himalayas. There were instances where I experienced human behaviour at its tallest best, almost challenging the icy peaks all around. 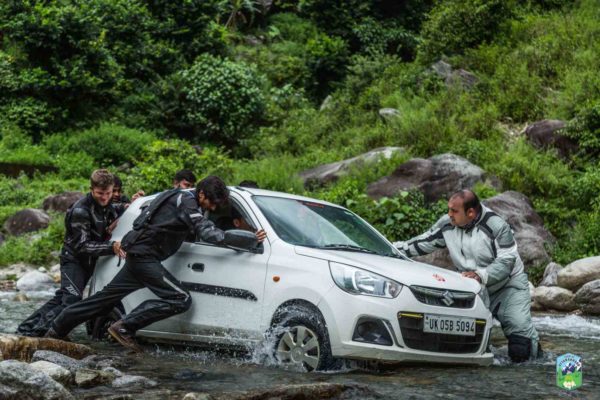 Where meaningful conversations flowed like the sparkling, gushing waters of an Alpine river. Where laughter was louder than the sound of an avalanche. When otherwise, all we ever experience is words trickling in a measured form like droplets from a frozen glacier. This certainly was social motorcycling at its very best. And I’ve got to hand it over to Royal Enfield for championing the cause of such events which create a portal for many to escape the mundane black holes most of us live in.