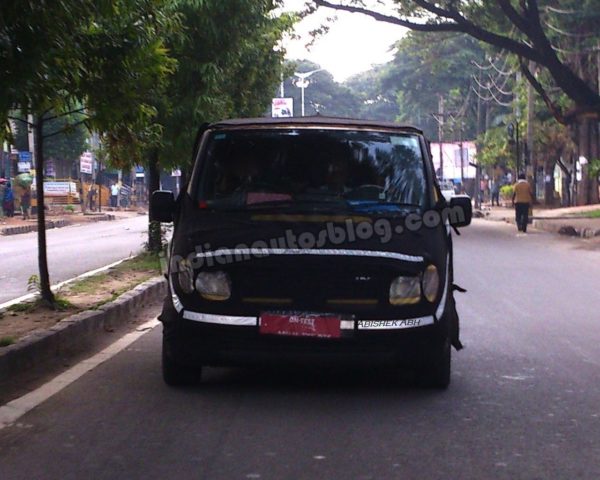 It has by now become a widely known fact that Force Motors, the makers of One SUV and Traveller people mover, intends to jump into the MPV segment of Indian car market in near future.

It has also become quite known that the new MPV from Force Motors would be based on the Mercedes Vito. The Vito is the predecessor of the Viano and has been fairly popular in most markets it is sold in. What we have here on these pages are some clear spy shots of the upcoming Force MPV, sent to the good folks at IAB by Mr. Abishek.H.

As can be made out on close observation of these pics, the test mule’s dashboard is has a LHD layout, with the steering wheel having shifted to the right hand side. The upcoming Vito derived Force MPV is expected to be powered by the same 2.2 litre FMTECH diesel engine that powers the One SUV. This Mercedes derived motor has a max power output of 140PS and is likely to be joined by a 129PS 2.2 litre BS3 diesel engine for powering the Vito. The latter powers the Traveller and could also power the upcoming One base variant.

The Force Vito-based MPV is expected to make its debut towards the end of this year.

Go to next page for Mercedes Vito based Force MPV