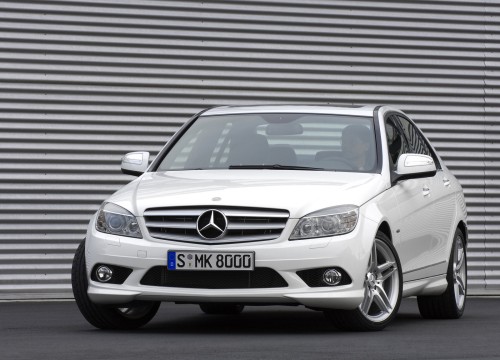 You can expect a stripped down C-class in the list of cars to be launched by Mercedes Benz in India. This will be the C-class corporate edition. As per various sources, Mercedes Benz was compelled to take this step after BMW launched the 3 series corporate edition in India which is priced at around Rs. 26 lakh. Until the first week of January 2010, Mercedes Benz claimed that it was unaffected and in fact happy that BMW launched cheaper variants as it would help Mercedes be the leader in the “Premium” segment. However, we guess Mercedes has not stuck to its words and has made changes in its plans.

The new 3 series and X1 from the BMW stable will be amongst the cheapest premium BMW cars available in India. We would accept such moves from Mercedes Benz too with welcoming hands. However, we doubt whether Mercedes has the cars to be sold at such a cheap rate.

However, it would not be right to say that the Beemers are moving out of the Premium car segment, especially after the aggressive pricing of the 5-series. In other words, BMW is expanding its reach now. According to us, it is time that Mercedes does something to keep up its own name in the market.

The new corporate edition C220 CDI will feature an engine that churns out 170 Bhp with 400 Nm Torque. The engine is capable of returning a better fuel efficiency and now emits fewer pollutants. Single CD Changer, 7 spoke 16? Alloy wheels, Artico Man Made Leather are amongst the features that are replaced in the corporate version. The corporate edition of the C220 CDI will bid good bye to a few features such as the Sunroof, Anti-theft Package, Paramatric Steering Wheel, Multifunctional Steering Wheel, leather Gear Selector, Xenon Headlamps, Parktronics, Mobile Pre-installation, LED turn indicators. Of course, in order to get the price down, a few features will also have to be brought down.