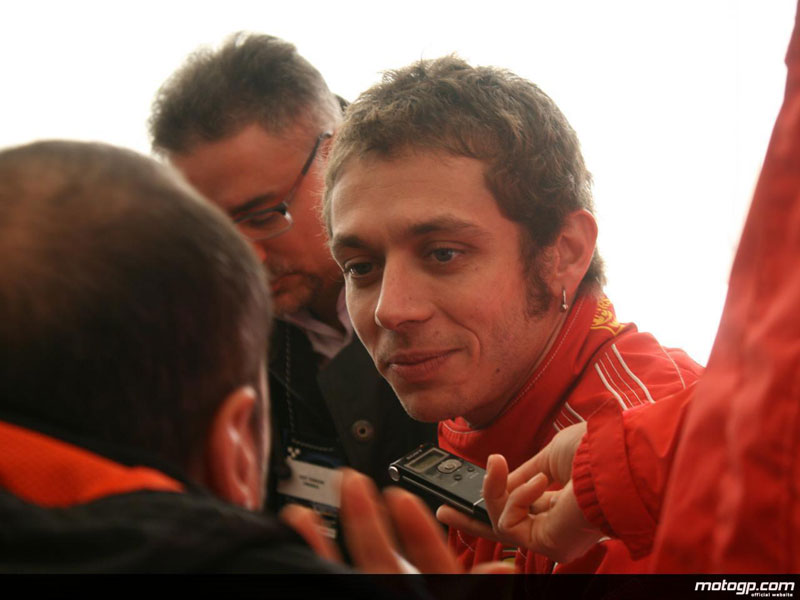 Ferrari president Luca Montezemelo has said that he wants Rossi to drive their Formula1 car in GPs. “We want a third car and I would do everything to have Valentino. When he wins this year’s MotoGP, enough is enough, he must also win in F1,” Ferrari president Luca Montezemolo told reporters. Montezemolo denied there was tension between drivers Fernando Alonso and Felipe Massa after an inconsistent start to the season, saying: “They know they race for Ferrari and not for themselves.”

We all know that Valentino Rossi is one of the best motorcycle racers the world has ever seen. While there is no denying his talent, the interest of an F1 racing team to hire a motorcycle racer sounds slightly fishy. It’s no secret that the Doctor has been testing for the Ferrari F1 team for quite some time now, but we think the very recent desperation shown by the Italian team to hire Rossi is more to get his fan following and popularity associated with the team, rather than a serious proposition to win.

Like every guy who seeks attention of the fairer sex, budding race drivers also want the best of the teams to contact and sign them. But things are a lot different when the race driver is a 9 time World Champion and is considered to be one of the best drivers motorsport has ever had. And it wouldn’t be wrong if we go so far as to say that he is the brand ambassador of MotoGP.  The guy has the charisma and the following to bring the lost shine back to F1. 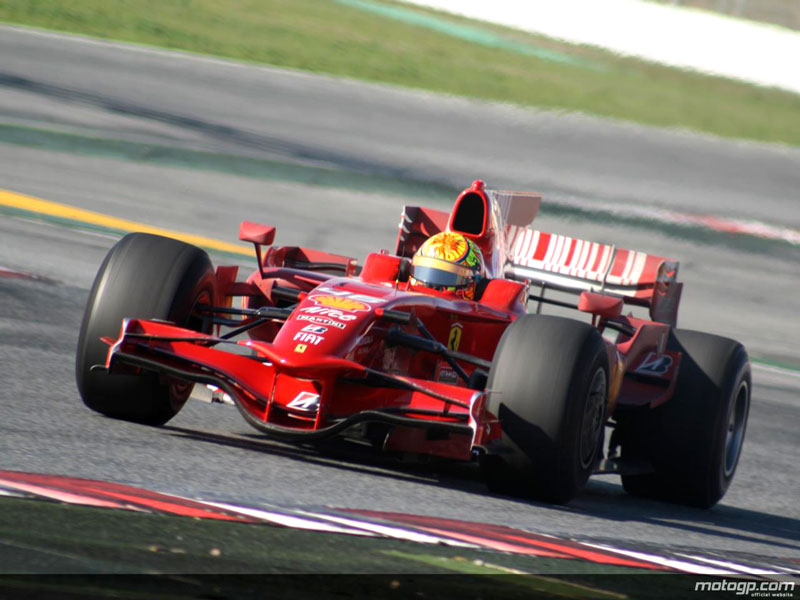 Rossi has been testing the Italian marque’s F1 cars since 2005 and has been good at it. There is no doubt about Rossi’s talent but his driving skills were put to test again in January this year when he tested F2008 in Barcelona. And as always, the doc nailed it. He set a lap time close to Kimi Raikonnen, who had set the track’s lap record. Rossi was just a two tenth of a second behind the Finn.

The doctor has been offered to join Ferrari F1 on various occasions but Ferrari’s latest attempt to get him as a driver shows how badly they want Vale to drive for them. Don’t be surprised if Ferrari gets the rules changed in order to get Rossi. That’s quite a possibility.

Although Rossi is reluctant to enter F1, but with Ferrari’s adamant nature, it seems that Rossi’s post Yamaha options will include Ducati factory team, WRC and yeah F1 too. Only time will tell what he chooses. Till then we can see Rossi doing what he is best at, and that is MotoGP.