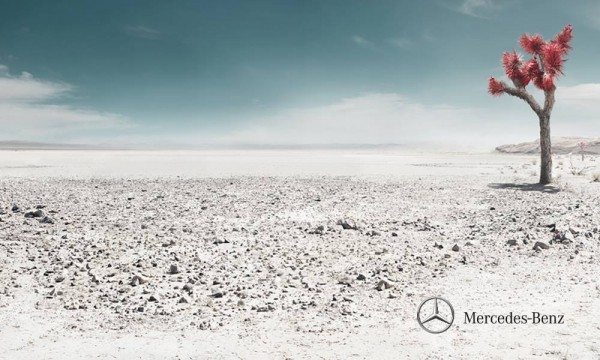 We have been posting in detail about the soon to be unveiled, India-bound Mercedes GLA 2014. Now, it has emerged that Mercedes has started posting teaser images of the upcoming GLA crossover.

Seen in the lead image is one of the teaser pics that shows nothing but some barren land, exactly the kind of environment most car makers show in the promotions of their soft-roaders. Mercedes has also published some design sketches of the GLA and all this means that Mercedes could soon come up with even more details about the upcoming baby SUV.

The 2014 Mercedes GLA Class crossover will be unveiled at the 2013 Frankfurt Motor Show that will be held in early September. 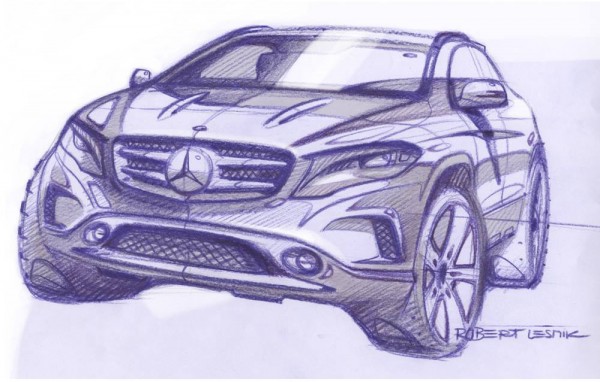 The upcoming Mercedes GLA Class will be an Audi Q3 and BMW X1 adversary and will be the smallest-ever crossover in Stuttgart based manufacturer’s product portfolio. The exterior styling of the production spec GLA is expected to stay true to the GLA Concept that we saw earlier. If the concept is anything to go by, the GLA could really look like an A Class on steroids. However, safely expect it to have an aggressive stance, which is typical of a crossover. 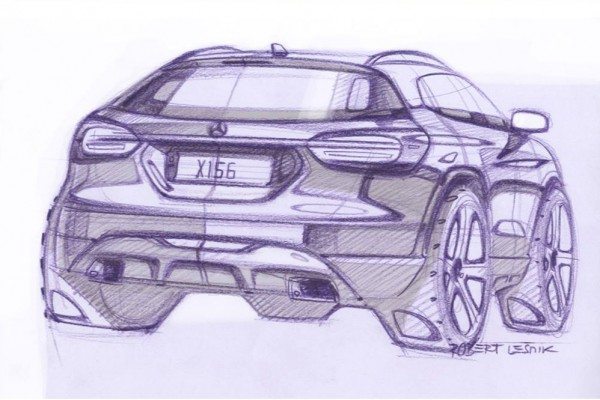 The GLA could be powered by a couple of petrol engines that will displace 1.6L and 2.0L respectively. Also on offer would be a set of oil burners that would displace 1.8L and a 2.1L. The high end variants would feature the new 4Matic all wheel drive system that has been tailor made for vehicles built on the new MFA platform.

It would be interesting to observe the kind of effect that Merc’s first ever baby crossover would have on the popularity of Audi Q3 and BMW X1. |