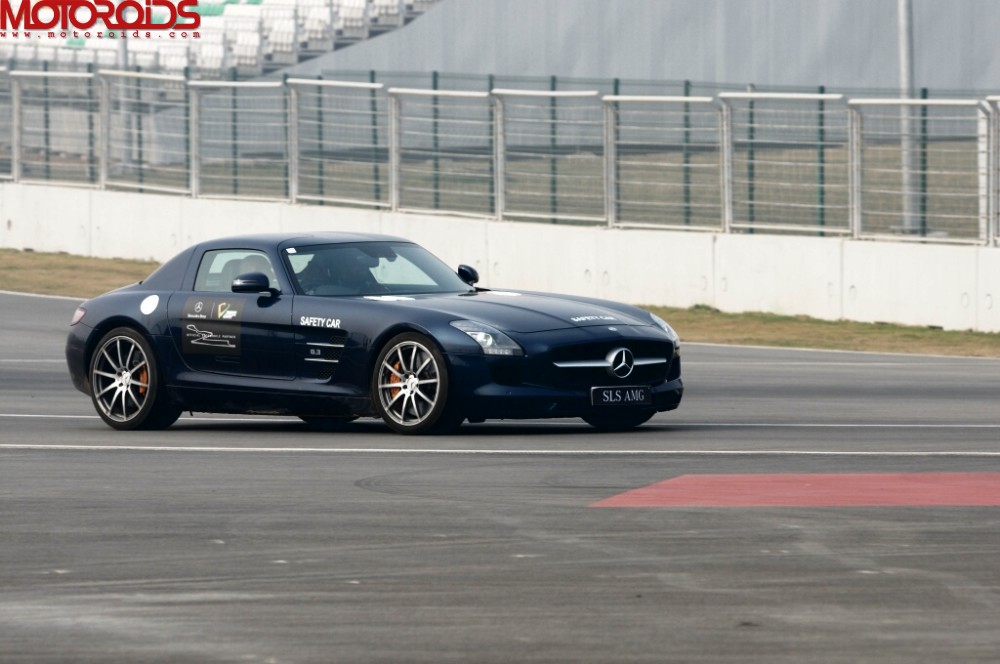 Mercedes-Benz, in collaboration with Jaypee Sports International Limited, today launched its renowned AMG performance driving academy at the Buddh International Circuit, Greater Noida. The academy will be officially known as JPSI-AMG Performance Driving Academy. Bernd Maylander, Official Formula One World Championship Safety Car Driver was the instructor for the day. Along with him, the chief instructor of the AMG Performance Driving Academy, Reinhold Renger was present to give the very first drive experience and personalized hands on training to the Indian Media.

The new Academy will offer structured programs, cars, trainers and help groom new talents on the racing circuit. In theoretical and practical training units, professional instructors show drivers how to exploit one’s driving potential to the fullest and that of the vehicle in the future. The BASIC-Training course is offered to enthusiasts for INR 75,000 per participant. However, Mercedes-Benz customers are offered special privileges & the course is offered at a special price of INR 50,000.

Around 50 participants had an opportunity to drive the AMG range of performance cars to drive on the track; C 63 AMG, E 63 AMG, SL 63 AMG and SLS AMG. The popularity of AMG in India was a further enabler in the establishment of JPSI-AMG performance driving academy, as explained by Ola Käellenius, CEO of Mercedes-AMG GmbH. 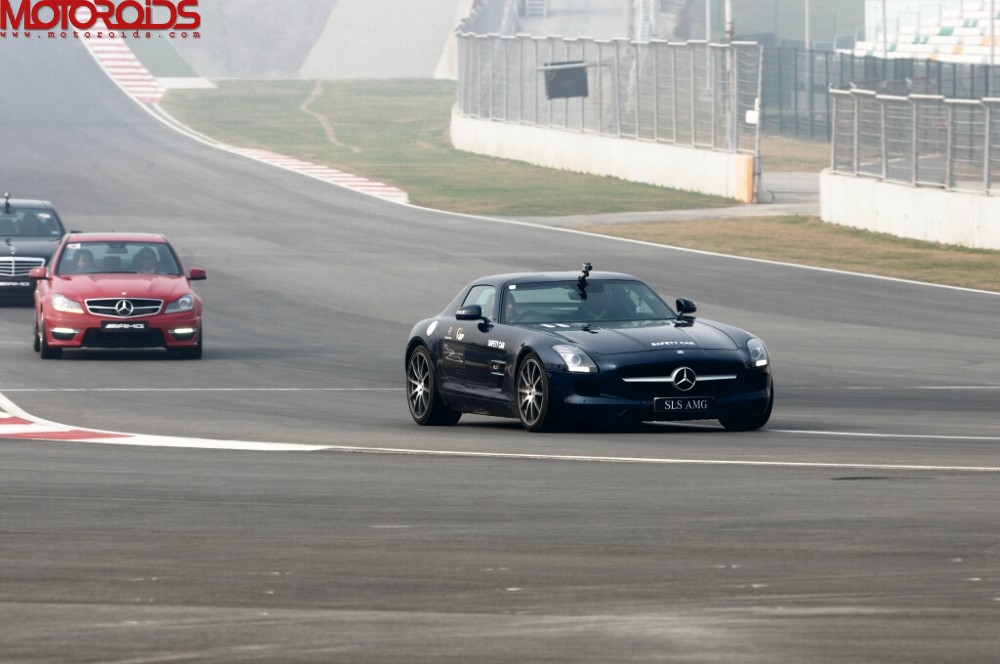 The AMG Driving Academy employs a total of 21 instructors globally. The permanent team around chief instructor Reinhold Renger includes high-profile racing drivers: Bernd Schneider with five DTM Championships under his belt, plus an ITC and FIA GT Championship title for good measure, ranks as one of Germany’s most successful racing drivers.

Mercedes-Benz’s involvement with motorsports has a legacy spanning 117 years and the company has been a major force in Motorsports since 1894. The Silver Arrows were born on 3 June 1934 when Manfred von Brauchitsch won the Eifelrennen at the Nürburgring at the wheels of a Mercedes W25. On 4 July 1954, the Silver Arrows returned for the first time when Juan Manuel Fangio drove his W196 streamliner to victory in the French Grand Prix at Reims, which he won ahead of his team-mate Karl Kling. It was also the first Formula One race win for Mercedes-Benz. From the legendary Silver Arrow to the Mercedes AMG team of today, no other automobile manufacturer in the world shares the same relationship with racing as Mercedes-Benz. The dominance of the tri-star only grows stronger and better with 6 cars running on Mercedes-Benz engines today!

The Mercedes academy is India’s first Performance Driving Academy at Buddh International Circuit; only three other institutes globally from Mercedes-Benz operate worldwide. Certificate course in India is only for the BASIC-Training in India: escalation to ADVANCED, PRO and MASTERS levels for aspirants is available internationally.

Participants were trained on the high-performance AMG range from Mercedes-Benz; global trainers including Bernd Maylander,  Official Formula One World Championship Safety Car Driver and Reinhold Renger, Chief Instructor at The AMG Driving Academy
Speaking at the event, Peter Honegg, Managing Director & CEO, Mercedes-Benz India said, “With Buddh International Circuit, we have laid strong foundations together for Motorsports in India.  The F1 debut was just the beginning. JPSI and Mercedes-Benz take this step further by offering India’s first performance driving academy. Under the guidance of expert instructors who are themselves former race drivers and champions, our patrons will now have an opportunity to hone their driving skills. Performance driving has come of age in India and the popularity of AMG is testimony to that.”

“Buddh International Circuit has been hailed as one of the best tracks in the world and we are delighted to offer racing enthusiast an opportunity to experience AMG Performance Driving. Mercedes-Benz has decades of experience in this arena and we have found the perfect partner in them.” Said Sameer Gaur, Managing Director and CEO of Jaypee Sports International (JPSI)