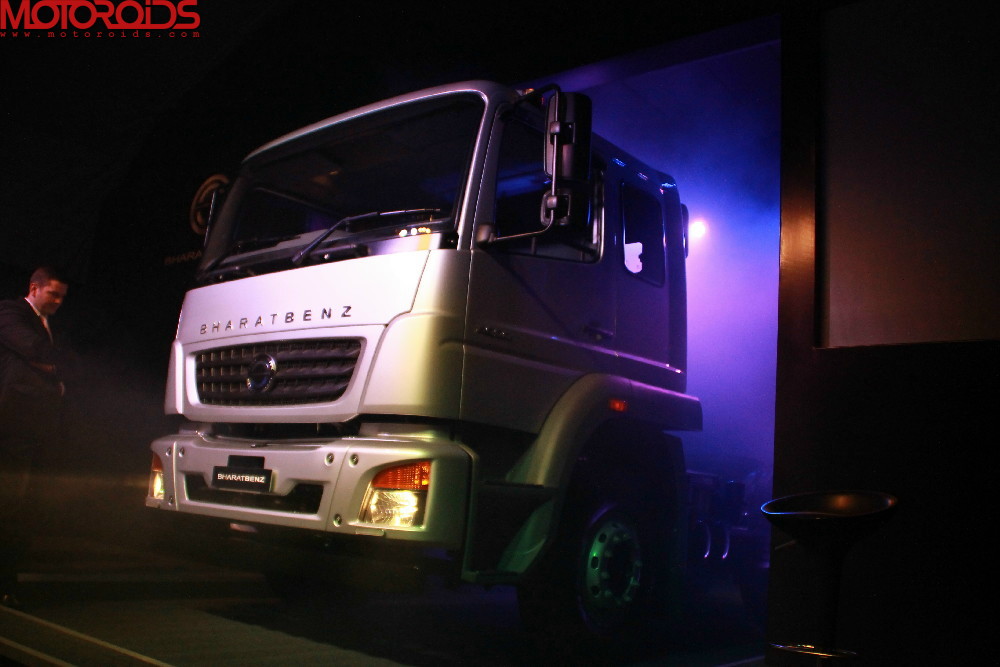 Daimler, one of the world?s largest manufacturers of trucks above 6 tonnes, revealed the first look of the new BharatBenz truck. With its first-ever Made in India truck, BharatBenz will enter the promising Indian market for commercial vehicles.

The BharatBenz Heavy Duty Truck is built on the Mercedes-Benz Axor platform while the future Medium- and Light Duty Truck is built on the Fuso Canter and Fighter platforms. All new trucks meet the Indian BS III emission requirements. The trucks have been developed in India, for India and by specialist employees from India. To ensure high reliability of the vehicles from the start, they have been through four million kilometres of intensive testing on DICV?s state-of-the-art test track and have also been put through various strenuous driving conditions. 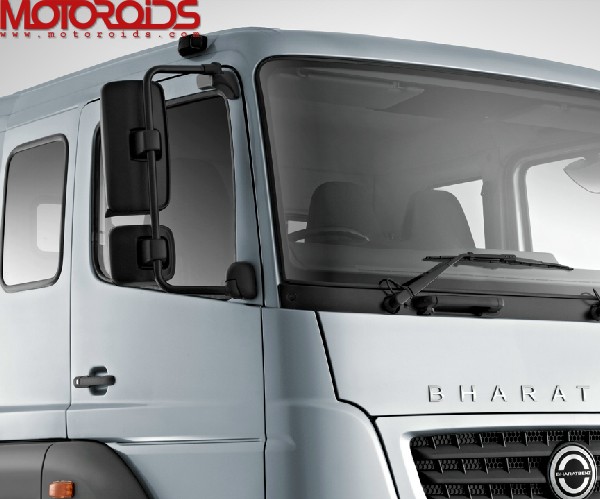 The light, medium and heavy duty range of commercial vehicles by BharatBenz will be manufactured at its new plant at Oragadam, near Chennai. As of today, the manufacturing plant spreads on 400 acres (160 hectares), build-up is almost complete and try-out productions for engines and transmissions have commenced. DICV has a total dedicated investment of over INR 4,400 crs (approximately 700 Mio. €). The initial production capacity of the plant is 36.000 units per year, which can be ramped up to a technical capacity of 70.000 units per year. The facility in Oragadam also houses a state-of-the-art test track.

DICV has partnered with more than 450 suppliers in the Indian market including some of the leading auto component manufacturers. The localisation rate achieved will be 85% in its products. Localization plays a key factor in offering cost-competitive products in the highly price-sensitive Indian commercial vehicle sector. DICV follows an intensive process while identifying potential partners to ensure that all quality requirements are met. Due to close cooperation with its suppliers, the company gained access to the knowledge of the Indian market. 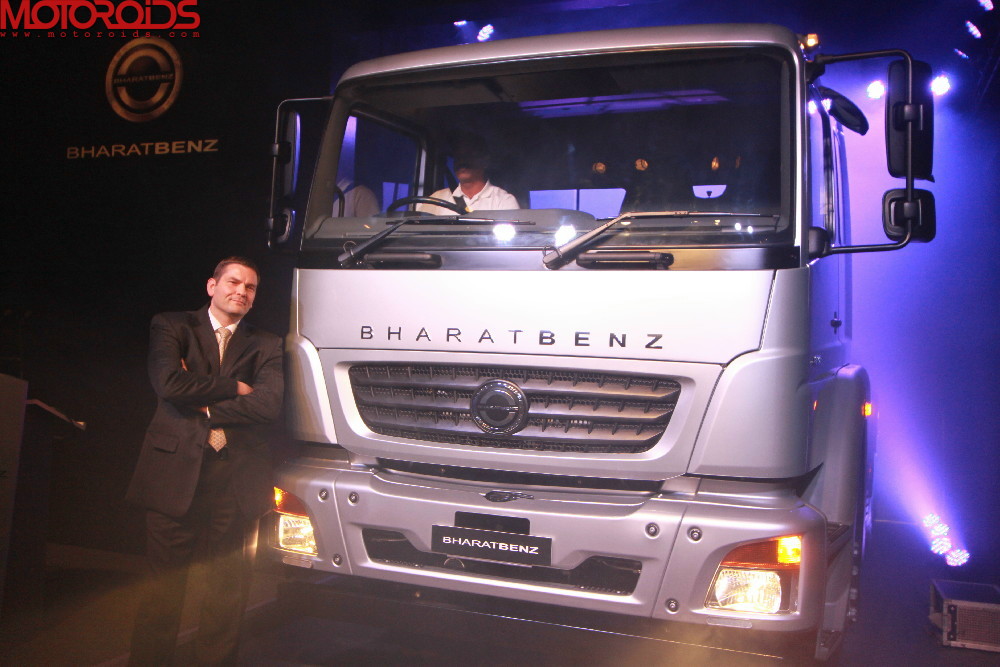 BharatBenz is building up its extensive dealership network across India to have about 70 locations on board till the end of this year, planning to further extend its activities all over India. As a part of its meticulous dealership strategy, all dealers have been reviewed to meet highest business practices. BharatBenz has on board some of the leading names from the auto and commercial vehicle segment.

“We are on schedule with our plans and are geared up for the market launch of our trucks. In addition to a strong dealership network across the country, we have our own captive financial service. We have also entered into partnership with leading financial institutions in India, such as HDFC Bank and ICICI Bank to offer special financing options for BharatBenz customers. On the dealership front, we will continue to expand in a healthy and stabilized manner,” added, Mr. V.R.V Sriprasad, Vice President Marketing, Sales and After Sales, Daimler India Commercial Vehicles.

Speaking at the preview in New Delhi, Mr. Marc Llistosella, Managing Director and CEO, Daimler India Commercial Vehicles, said, “BharatBenz mirrors our long term commitment to India, a commitment to offer modern trucks that will redefine the Indian trucking experience. With this preview, we have broken the mould by building a completely new truck for India. Our trucks target the modern domestic segment in India, which is showing high growth potential. We are confident that the introduction of modern trucks with improved fuel efficiency, safety features and competitive pricing will make us the game changer in the Indian trucking industry.”