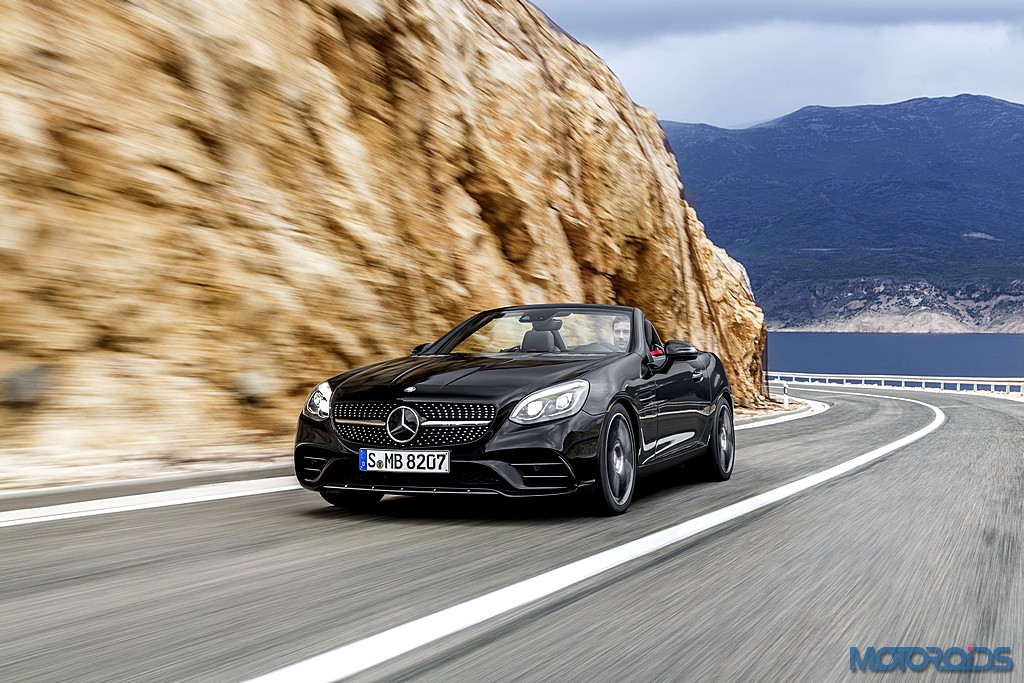 Mercedes Benz unveiled the 2016 SLC Class towards the end of the previous year. The model range arrived in the international markets by April 2016 and now the Indian arm of the German manufacturer is all set to launch its top of the line performance model, christened the Mercedes-AMG SLC 43 on the 26th of July.

The outgoing generation, known as the SLK class, will be succeeded as the SLC class, according to the company’s new nomenclature system. While a number of aesthetical upgrades are on offer, the most significant change would be the downsizing of the engine. The conventional 5.5 litre V8 engine on the SLK 55 AMG makes way for a smaller 3.0 litre V6 biturbo motor. Being an AMG model, benefits include an aggressive AMG sports kit, an AMG steering wheel and instrument cluster, AMG sports seats, and a custom tweak to the suspension and chassis to increase the performance. 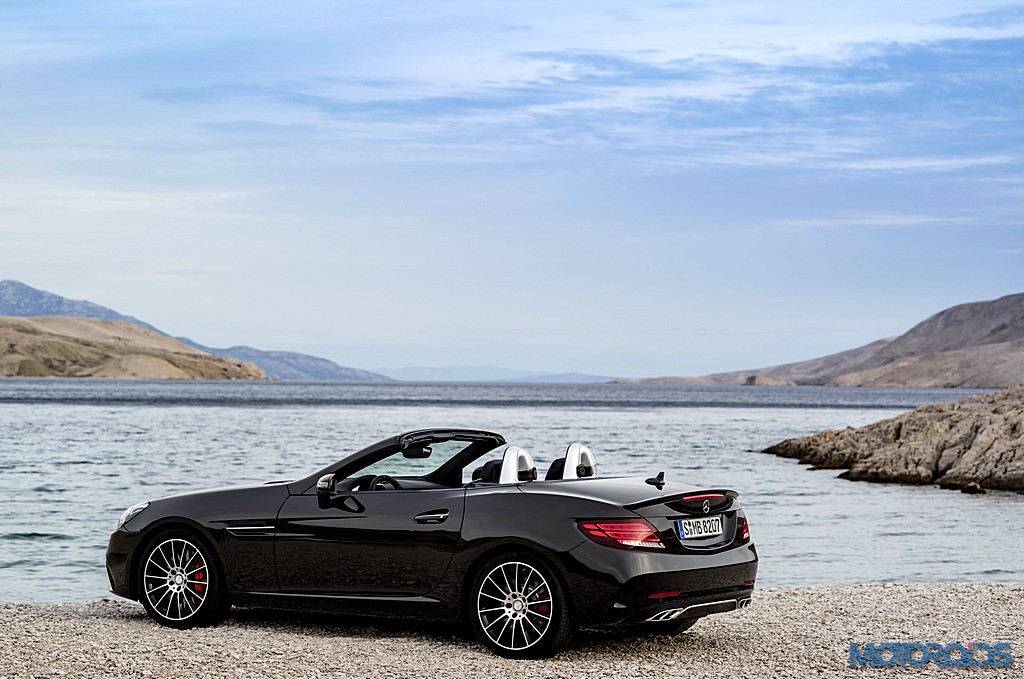 Coming back to the aesthetics, for the exterior, the model receives a new bumper, diamond radiator grille and new LED headlamps with DRLs upfront. The side profile of the model remains unchanged except for the 18 inch light alloy wheels that replace the older lot of 16 inch wheels. At the rear, a new bumper, a blacked out diffuser, dual chrome tipped exhausts and LED tail lamps are some of the additions apart from the third brake light that has been repositioned to the spoiler lip.

Moving on to the interiors, the new features include light (standard) or dark aluminium trim parts with a carbon fibre finish, a redesigned instrument cluster, a 7 inch display on the centre console, a sports steering wheel and an updated 20 CD audio entertainment as well as the COMAND Online infotainment system. 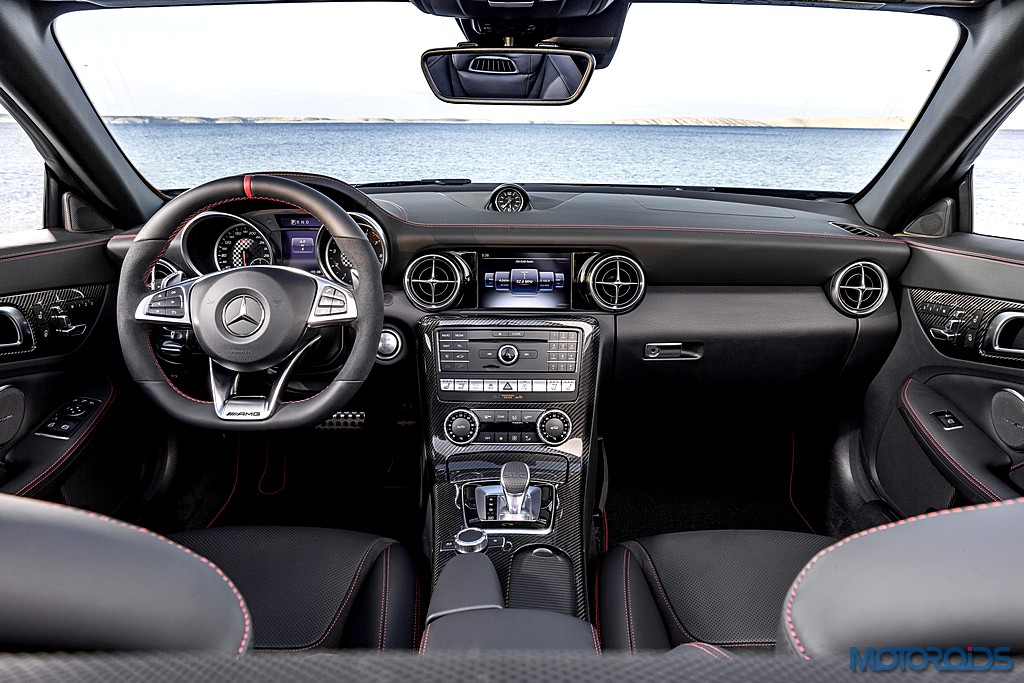 At the heart of the SLC 43, as mentioned earlier, would be a 3.0 litre V6 biturbo engine. Tuned to produce 367 hp and 520 Nm of torque, these figures are sent to the rear wheel driven vehicle via the new 9G-TRONIC sports transmission. All that power translates into a sprint of 0-100 kmph in 4.7 seconds till the time it reaches the electronically limited top speed of 250 kmph.

Following is an image gallery of the upcoming Mercedes-AMG SLC 43: