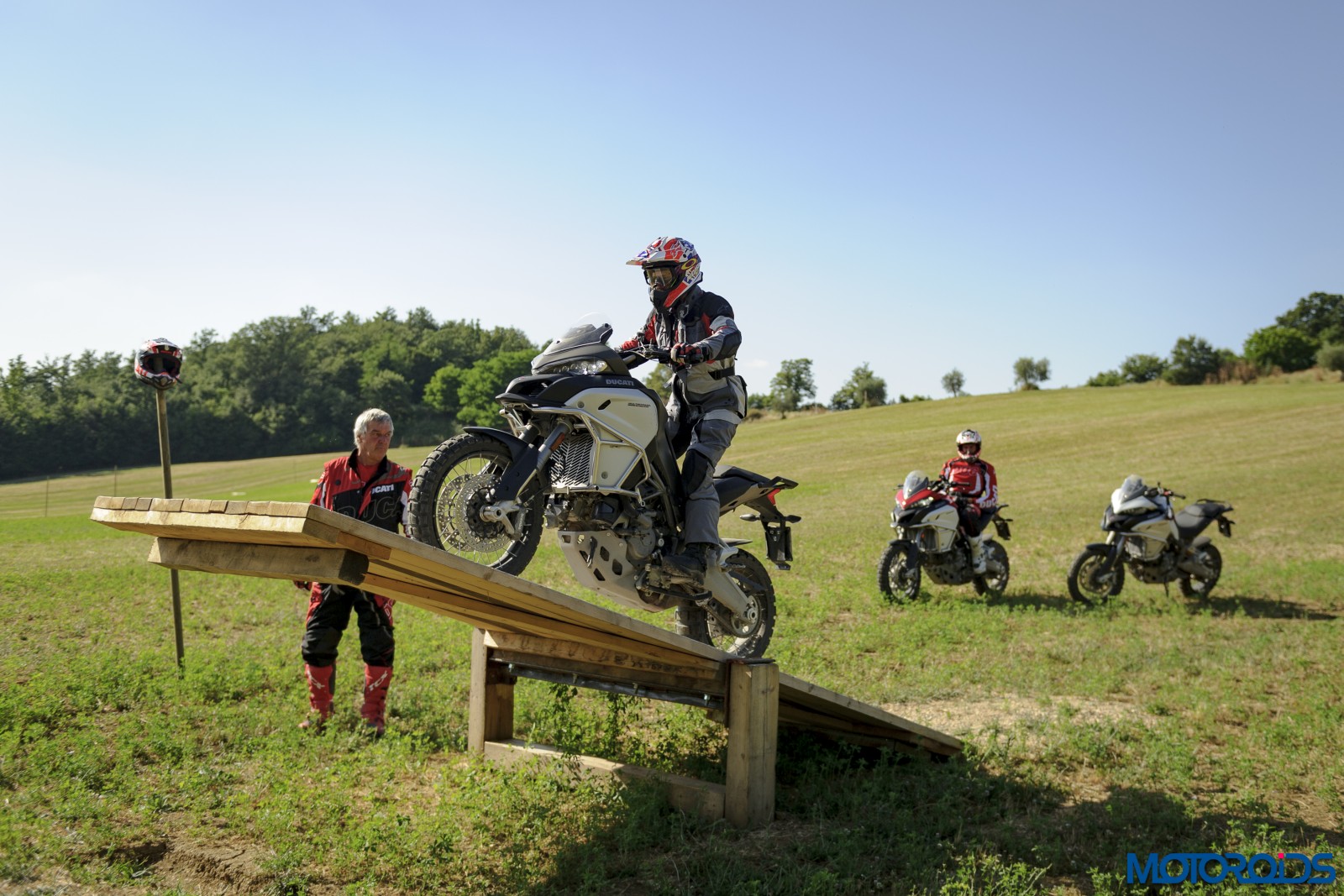 After enjoying some off-road adventure on the hillsides around Bologna astride the Multistrada 1200 Enduro, former MotoGP rider Casey Stoner decided to take part in the DRE Enduro and find out more about the new off-road riding school organised by Ducati. Following the 2016 World Ducati Week and its mass of fans, Stoner allowed himself a couple of days of enjoyment and relaxation with his family at Castello di Nipozzano where the new Ducati riding school has its base. 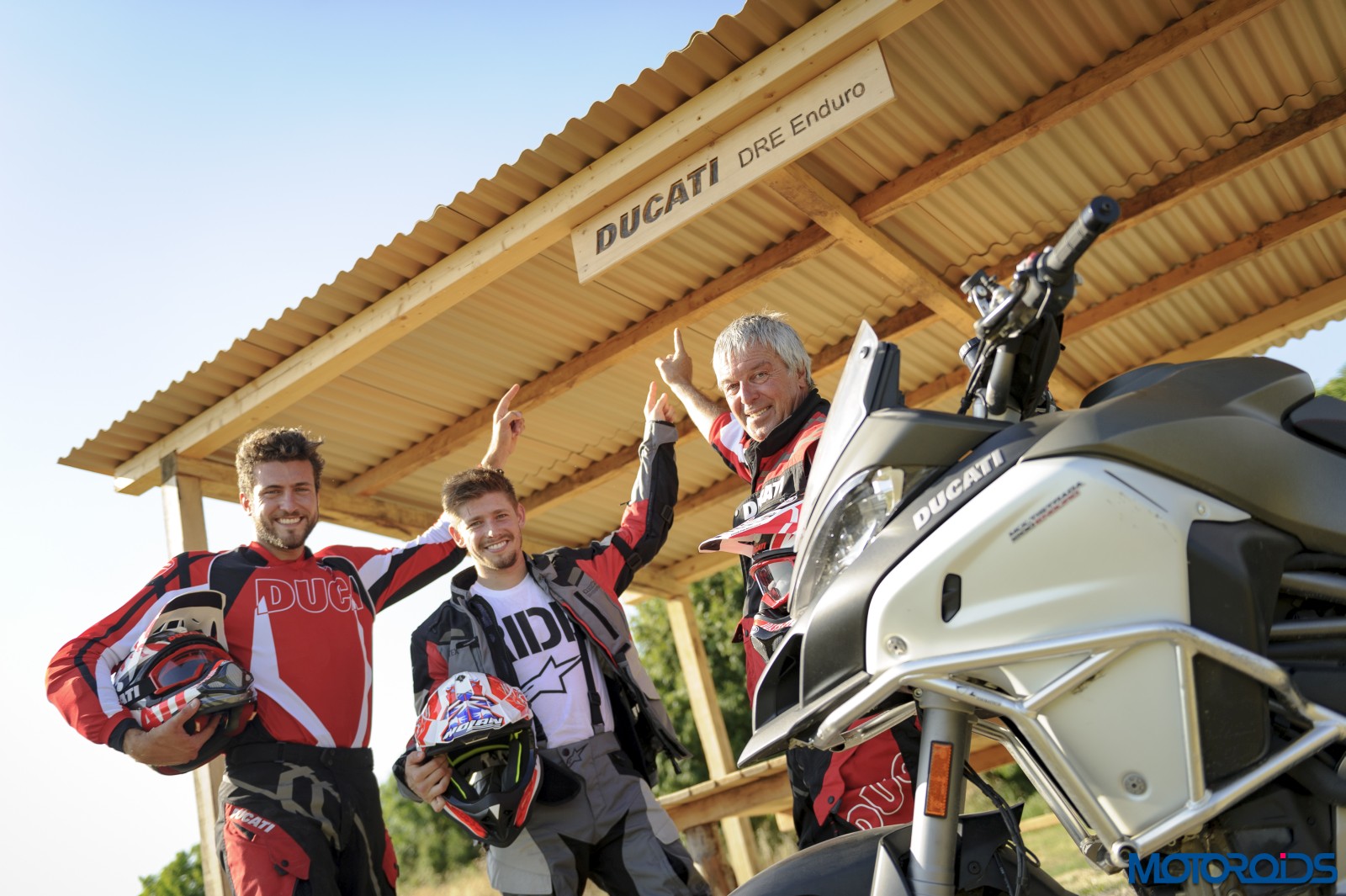 The two-time MotoGP world champion followed the programme organised by Beppe Gualini, a widely experienced former Dakar rider and current technical director of DRE Enduro. The programme included two days of off-road riding in one of the most beautiful areas of Tuscany, alternating exercises and extreme-situation simulations with motorcycle excursions or more technical marked-out practice routes. 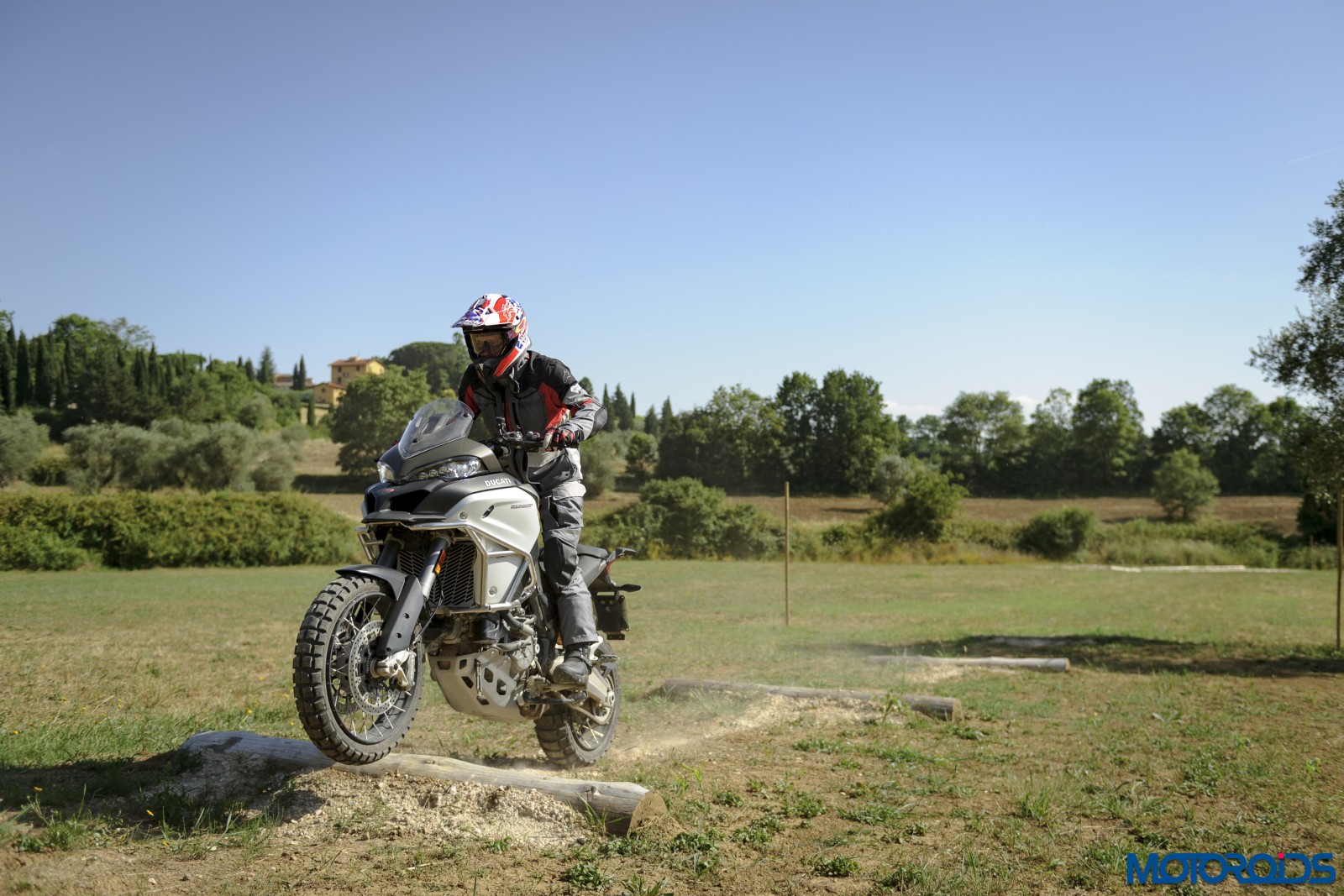 Stoner was pretty excited about the weekend. The former Ducati MotoGP rider said, “Basically you can’t really explain to people how good this bike is, you just have to experience it. I’ve spent enough time on dirt-bikes in my life and riding such a big bike like the Multistrada 1200 Enduro can be a little bit daunting at first, but after a couple of hours on the bike I was already very comfortable, and then I realized that you can basically go wherever you want to.” 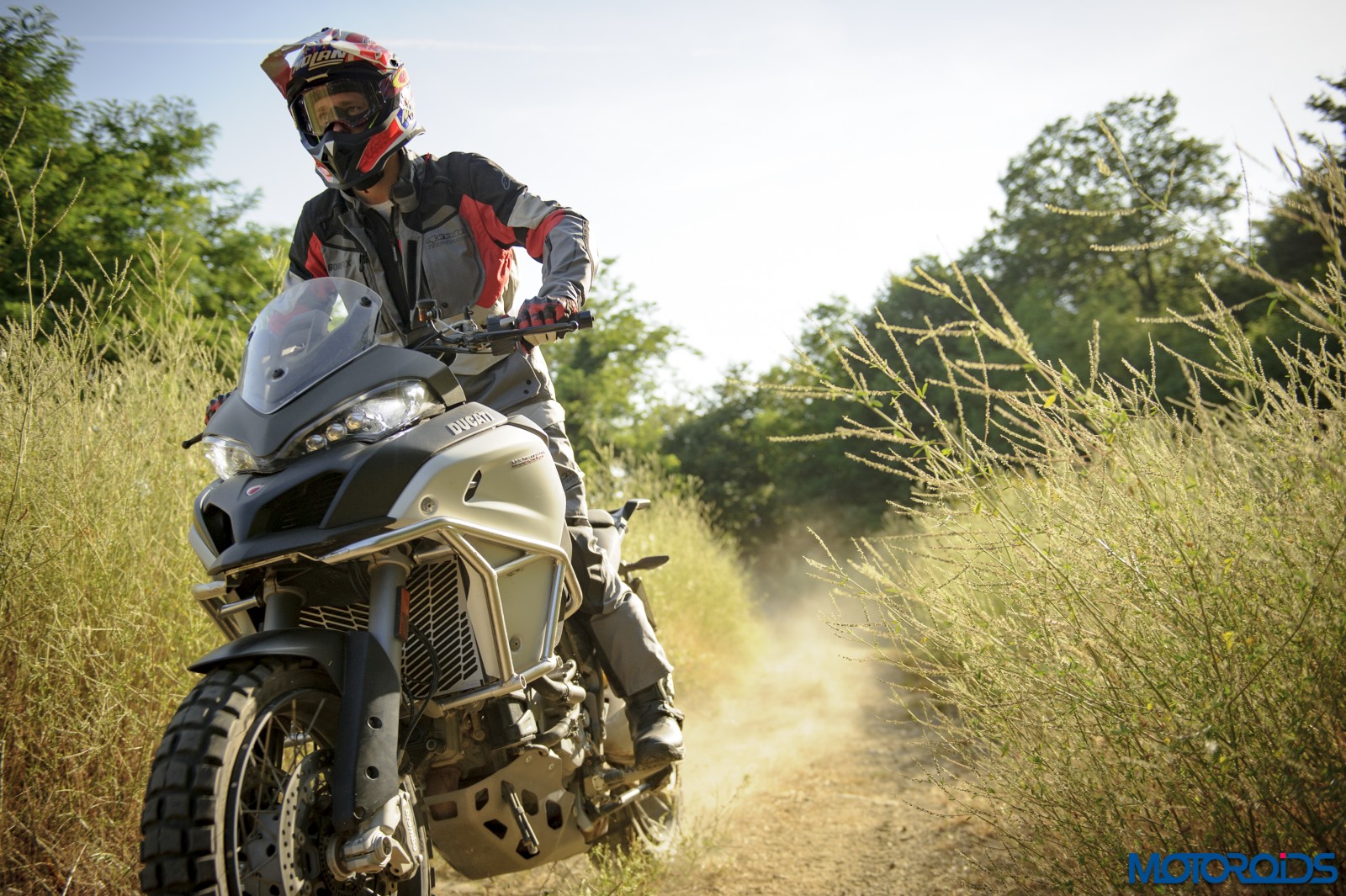 First unveiled at the EICMA 2015, the Multistrada 1200 Enduro takes Ducati into a world it has never ventured before – that of big, brawny, tough, cross-continent tourers. Do not mistake it the Enduro as a small spinoff of the Multistrada. It’s a serious new product, and looks damn exciting to say the least. The motorcycle draws power from the tried and tested 160 hp Ducati Testastretta DVT (Desmodromic Variable Timing) engine and is equipped with a new exhaust system. The Multistrada 1200 Enduro also gets four riding modes – Enduro, Touring, Sport and Urban. 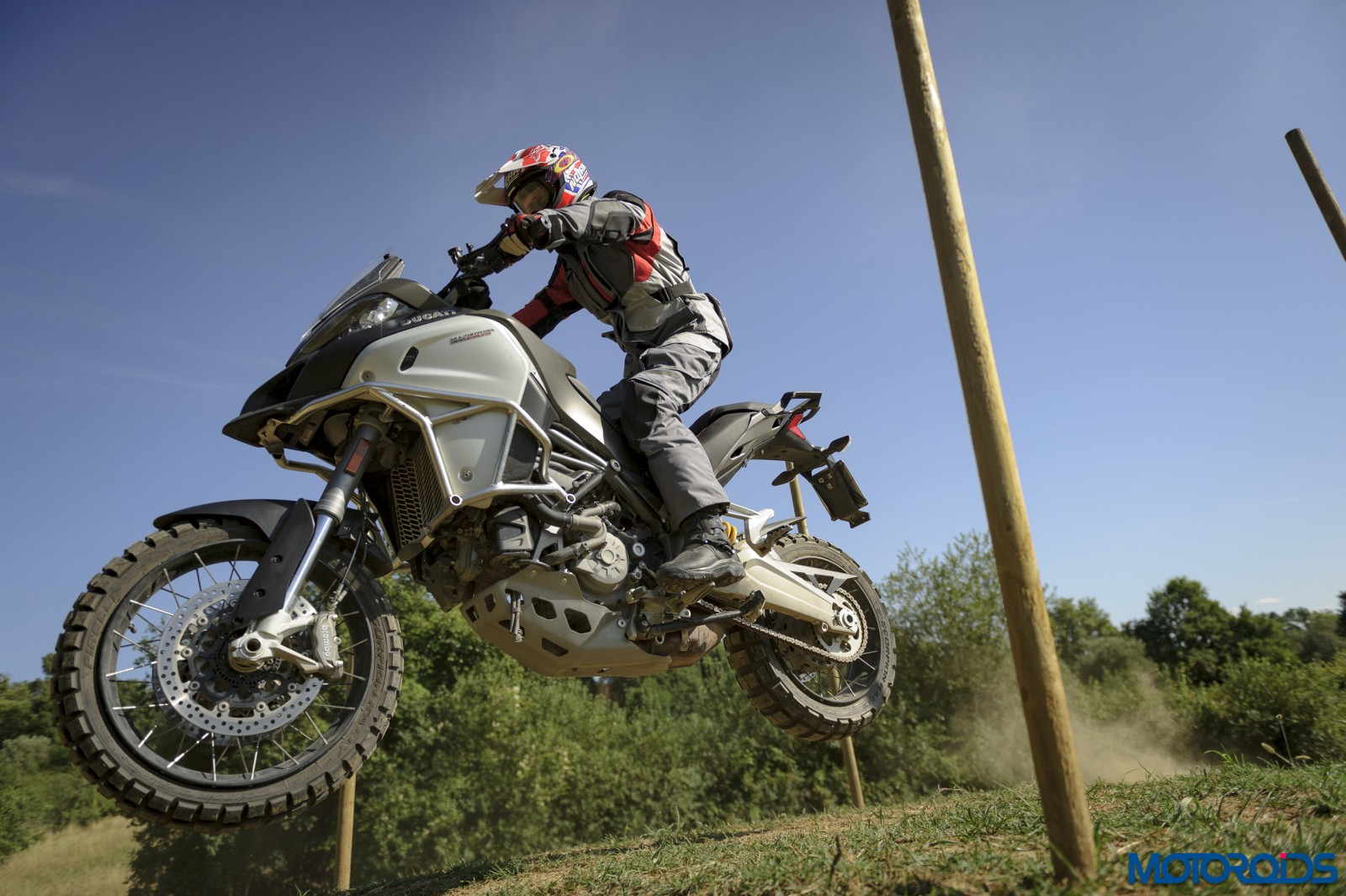 Australian further added, “You are always cautious in the beginning with bikes as big as this, but both Beppe Gualini and Andrea Rossi (DRE instructor and one of the testers who developed the Multistrada 1200 Enduro) have been fantastic in making the transition a little easier, giving me a few pointers to ride the Multistrada.”