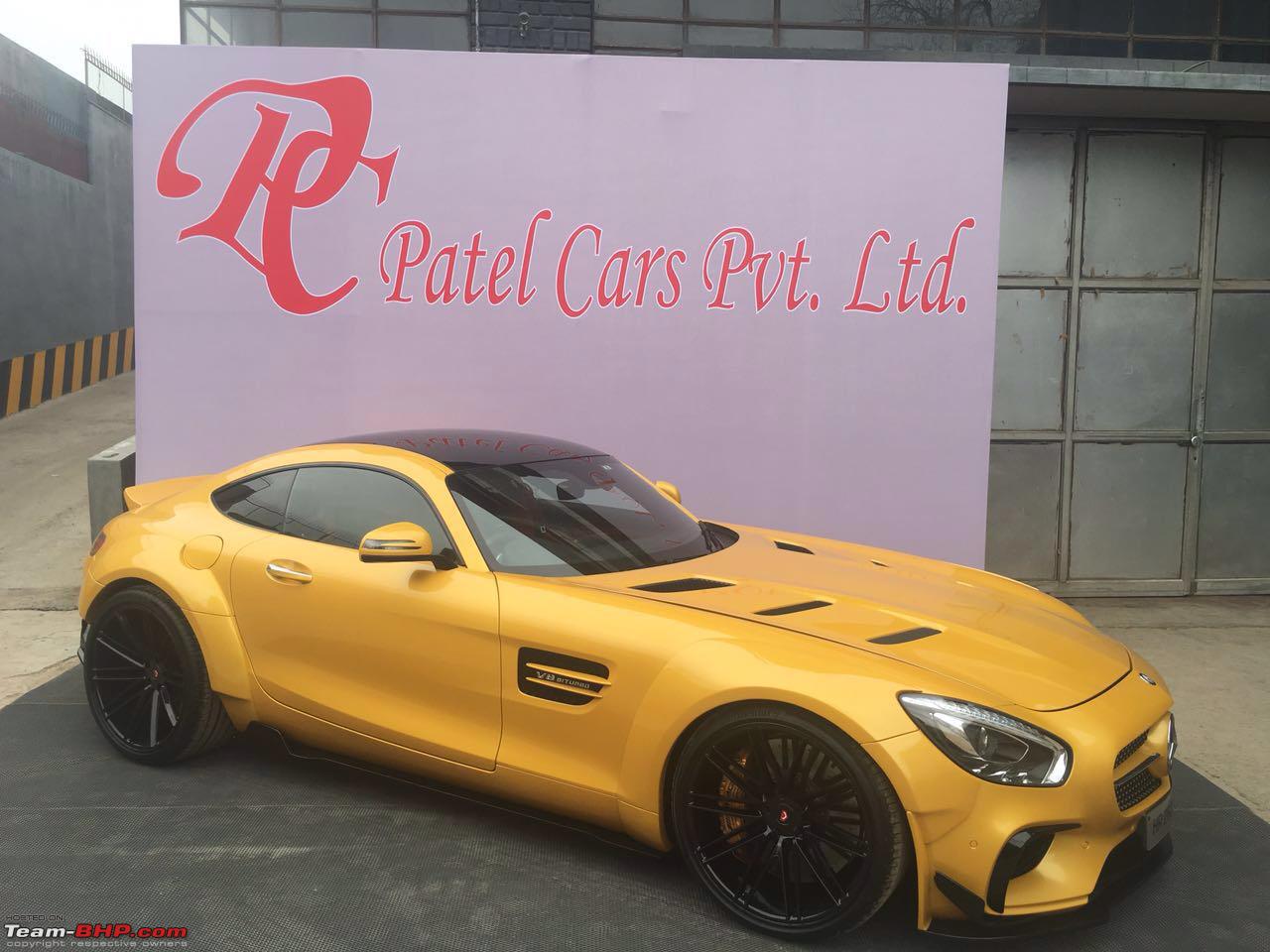 Mercedes-Benz India launched the successor to the SLS AMG, known as the AMG GT in November last year. The sports car was introduced with a price tag of Rs. 2.4 crore (Ex-Showroom, Delhi). Spotting such a model in the open is a rare case, although we know that the moment will be nothing less than exciting to say the least.

Residents of Delhi though, now have the opportunity to witness an even more exclusive version of the model, in the form of a modified version of the AMG GT. The modifications include a Prior Design kit and a Mansory upgrade to the drive-train. 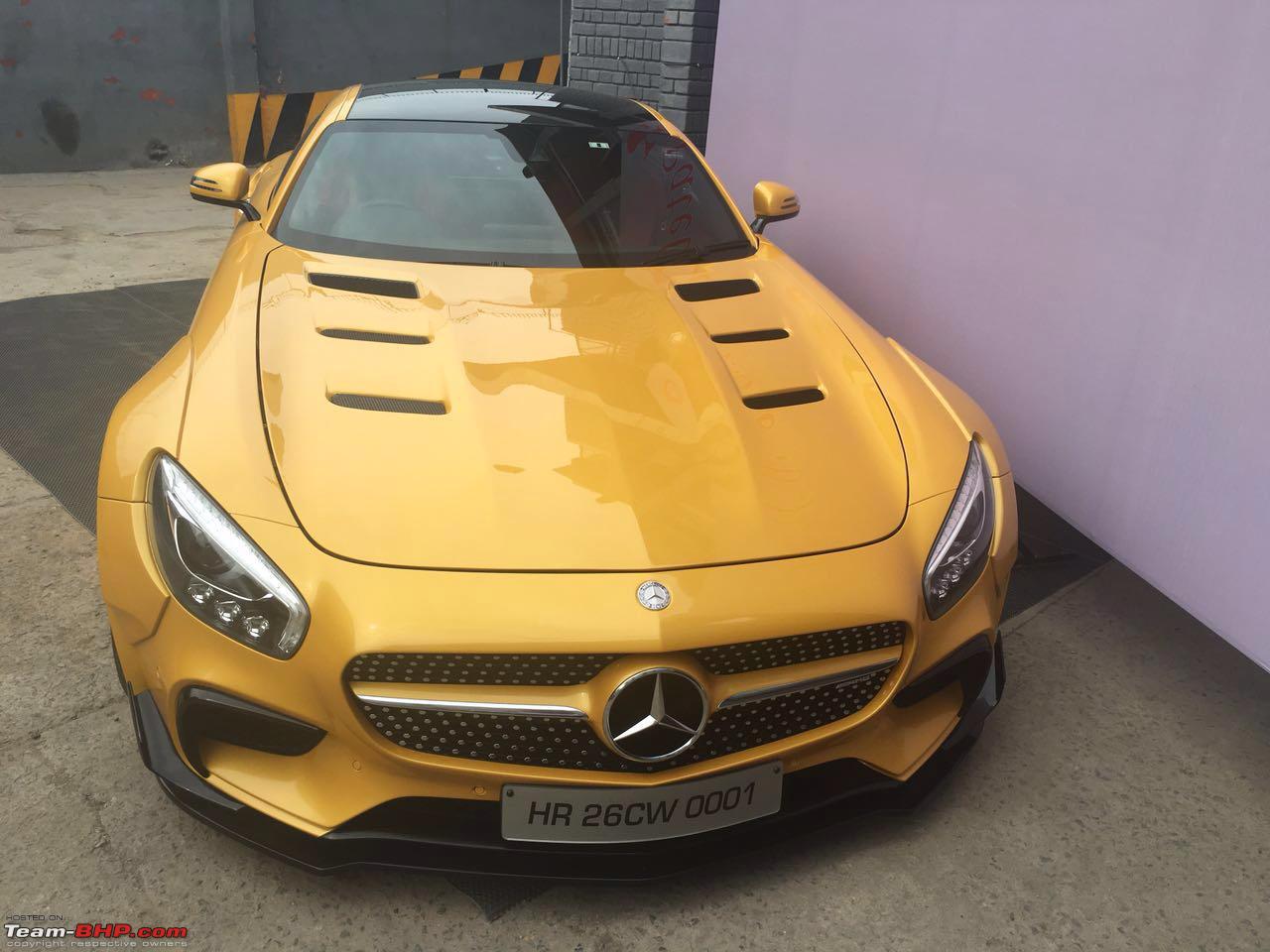 Sporting an optional and very expensive shade of Solarbeam Yellow, the model receives a wide body kit, which includes a front splitter, a custom bonnet with vents, and bumper mounted cup-wings upfront. Both the sides benefit from side skirts and fender scoops. Moving on to the rear, the model receives a diffuser, a trunk spoiler and cup-wings on the rear bumper.

Not much is known about the engine except for the fact that is has been tuned by Mansory and now produces a ridiculous 730 hp as compared to the stock 503 hp. This means that the model now produces a power output of 153 hp more than the AMG GT-R. The model is said to share the garage with more such tuned models such as a Techart kitted Porsche Cayenne, a Range Rover with the Lumma kit and so on.

Following is the image gallery for the Mercedes-Benz AMG GT with the Prior Design kit and Mansory tuned engine: