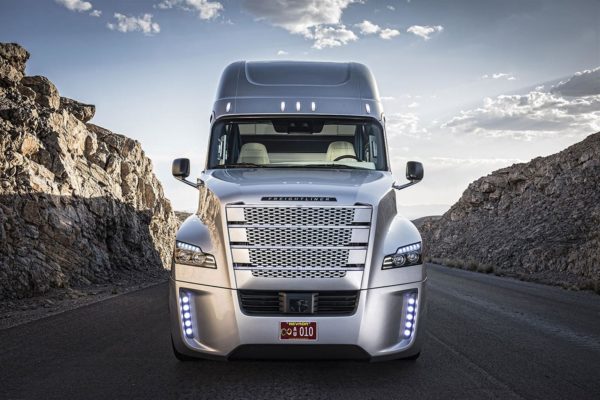 Till now we’ve been reading too much on Google and autonomous cars manufacturers have been heavily investing into, but this is a big one. Here’s the first ever autonomous commercial vehicle licensed to be driven on public roads- the Freightliner Inspiration concept. 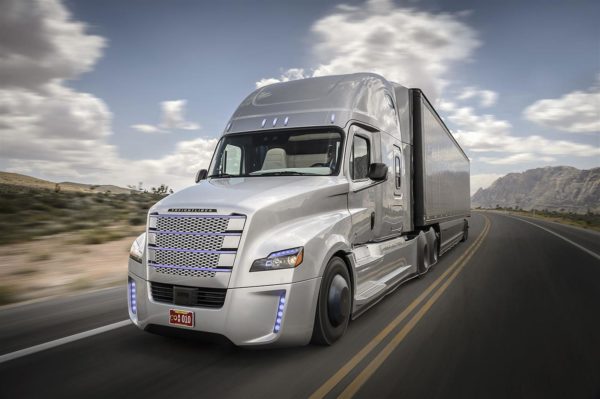 Being a concept at present, the Freightliner Inspiration is confined only for testing and would be frequenting on freeways with a driver inside and without any payload. The burly truck uses mirror mounted cameras and windshields to identify lane markings and the electric motors in the steering gear keeps it planted right between the two marks. 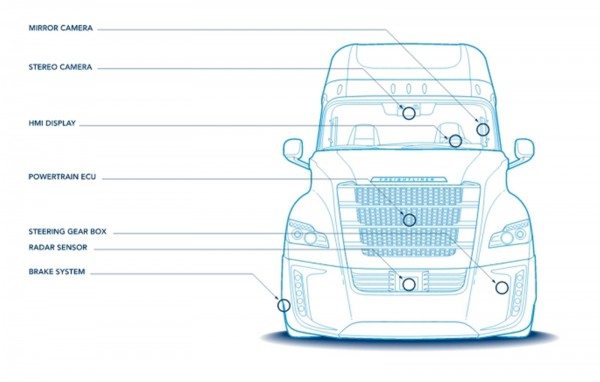 Similar to radar technologies found in cars such as the Mercedes S500, the radar based adaptive cruiser control allows the driver to set a speed but slows down and brakes in case of any other vehicle cutting in front. Other features include active brake assist, blind spot monitoring, road sign and cross traffic recognition, interior and wide views of the truck’s exterior. 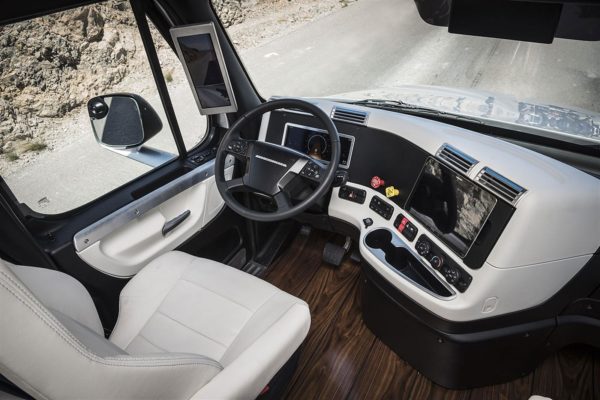 The highway pilot mode takes the boredom away from the driver on those perennially straight freeways, which can divert his attention towards managing minor work inside the cabin. Also this mode aids better fuel efficiency as the Inspiration refers to 3D terrain maps and with its predictive cruise control system utilizes the best drive mode from its automatic transmission. 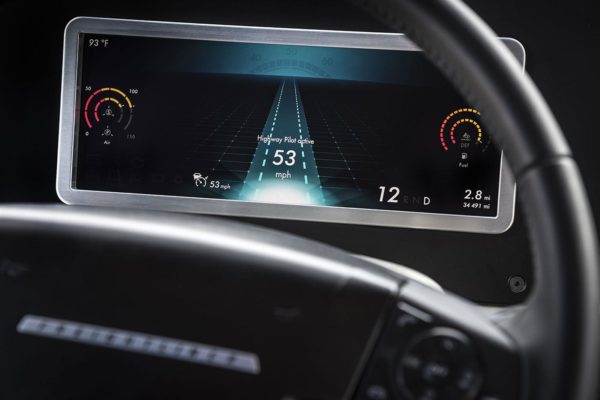 Based on the Cascadia Evolution’s 14.8 litre six cylinder engine- the Freightliner Inspiration comes in four different concepts out of which two are confined to Daimler’s testing facilities and the other two have been licensed for testing on Nevada’s roads.

Here’s an image gallery of the truck that looks to change the future of freightliners.