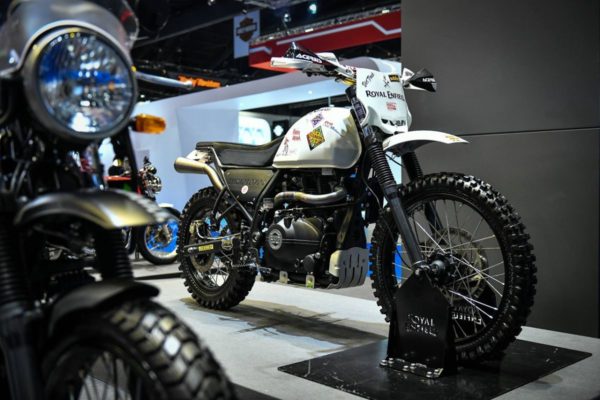 Meanwhile, here’s what we can figure out from the available images. The Royal Enfield Himalayan that is seen in the photographs gets an exhaustive upgrade that make it even more off-road ready. The front fender, for example, sits very tall. The windscreen and the instrument console has been removed while the stock handlebar is replaced by an aftermarket unit. The handlebar also gets aftermarket grips and knuckle-guards. 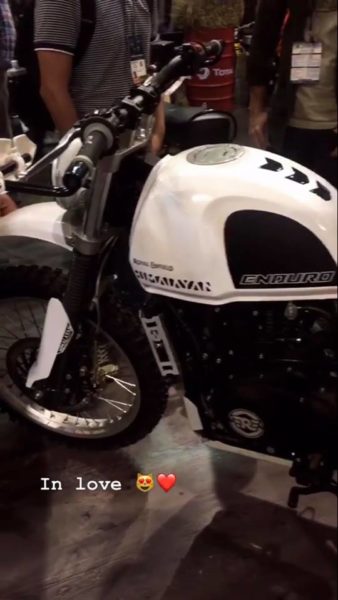 The stock, split-seat has been replaced by a aftermarket saddle while the rear luggage carries has been completely removed. The motorcycle rides on off-road spec knobby tyres which can dig deeper into the ground while riding off the tarmac for better grip.

Apart from the aforementioned changes, the motorcycle in photographs also gets custom graphics on the fuel tank along with a tank-pad. The side panel, too, features white paint with ’01’ written on it. 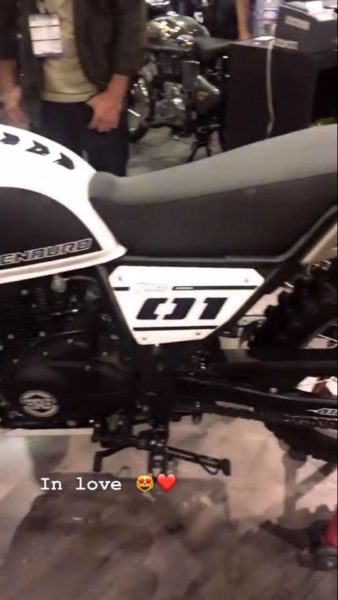