A custom built Royal Enfield Himalayan Scrambler was showcased at the 2018 Bangkok International Motor Show and it’s one of the best mod-jobs on the homegrown adventure motorcycle that we’ve seen so far. Upfront, the motorcycle loses the headlight, windscreen and the blinkers and instead gets a trail motorcycle inspired fascia. The rugged front look is further enhanced by a pair of aftermarket knuckle-guards.

Steering duties are performed by Renthal bars. The motorcycle retains the stock fuel tank but the saddle is no longer the factory installed split unit. Instead, the saddle is now flatter and features a dual tone finish under the rider seat. Another noticeable element is the aftermarket, tall-set exhaust that should further enhance the water-wading capabilities of the motorcycle. 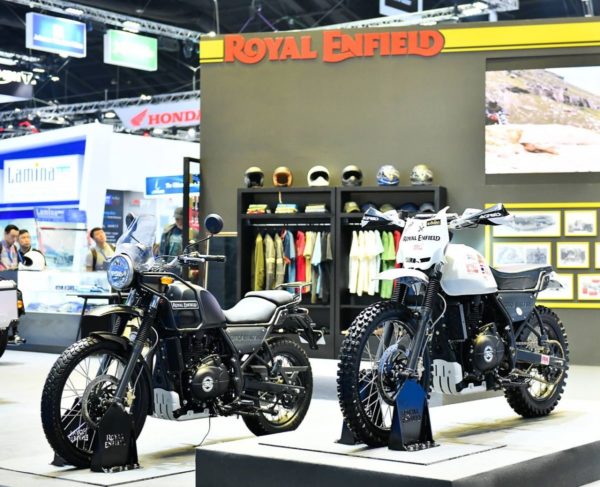 At the rear, the tail light and blinkers have been removed too. The motorcycle rides on stock wire-spoked wheels which are wrapped in off-road spec, knobby tyres. The rear sprocket too is larger than the stock motorcycle that should offer better low-end grunt which is essential while trail riding.

The engine appears to be in stock state of tune and thus the 411 cc single cylinder SOHC, air/oil-cooled motor should deliver the same 24.5 bhp of power, and 32 Nm of torque as the standard motorcycle. 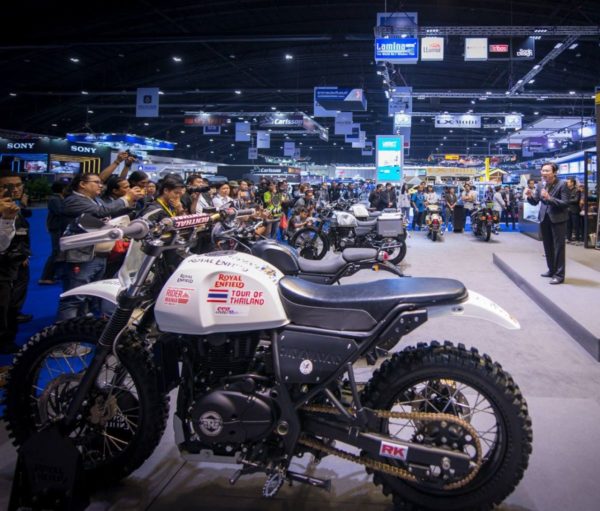 As you must’ve already guessed, this isn’t a street legal motorcycle. But given the off-road persona that it packs, you wouldn’t want to come back from the wilderness.