The McLaren 12C GT3 will step back into competitive track action at 2014 Liqui-Moly Bathurst 12 Hour race next weekend. The track-focussed 12C will make its debut in the famous Australian endurance race, which will happen on 7-9 February. The race grid will see as many as 40 cars!

The 12C GT3 will be entered by VIP Petfoods team, which clinched the 2013 Australian GT Championship title sometime ago.

Father-and son duo Tony and Klark Quinn will share the driving seat with McLaren GT Managing Director, Andrew Kirkaldy. Although primarily focused on running McLaren GT, the Scotsman boasts an impressive driving resumé with a successful history in GT racing. He won the coveted McLaren Autosport BRDC Young Driver of the Year Award, secured the British GT Championship title in 2005, and claimed a podium finish in class at the 24 Hours of Le Mans the following year. He has also extensively tested the 12C GT3 throughout its development, racing at key events across Europe during the 2010 season.

Kirkaldy commented: ‘I am delighted that VIP Petfoods will contest the full Australian GT calendar this year, and I am honoured to join the team for the debut of the 12C GT3 at the Bathurst 12 Hour. I am really looking forward to racing alongside Tony and Klark, and would like to thank them for the opportunity to be involved. It is such an iconic race, and one I have always dreamt of taking part in.’ 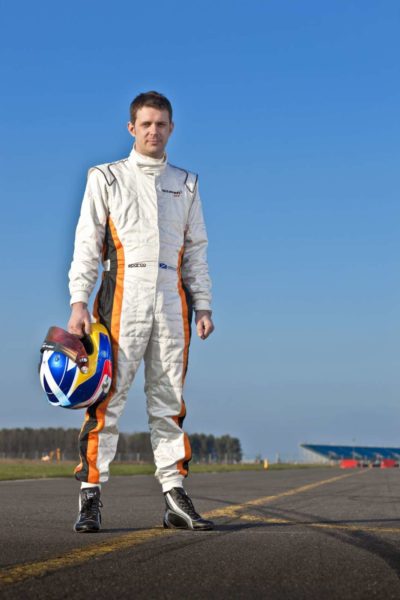