The joint venture between Toyota Kirloskar Motors(TKM) and Maruti Suzuki India Limited(MSIL) to introduce rebadged products from each other in the upper and lower segments of the market is old news now. Maruti Suzuki is a strong player in the affordable segment while premium Toyota models are popular higher up the price ladder. The Suzuki-Toyota alliance’s first product was the Toyota Glanza. It is basically a Maruti Baleno with Toyota badges. With the Etios range discontinued altogether in the BS6 era, the Glanza hatchback has become the most affordable product for the Japanese carmaker. 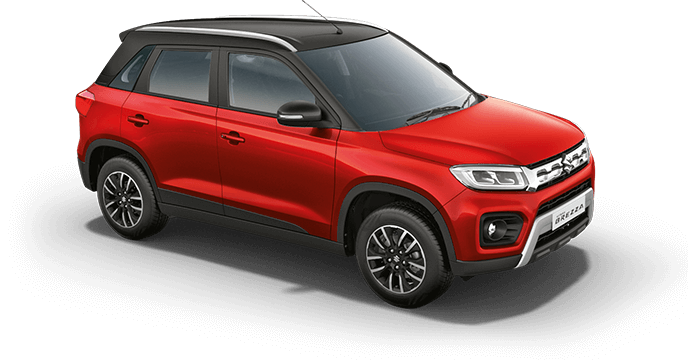 Now, Toyota is about to launch its second Maruti Suzuki-based product in India in the coming months. Part of its technical and product sharing joint venture with Maruti, the new car will be based on the Vitara Brezza and is likely to be called ‘Urban Cruiser’ as the Japanese carmaker has recently trademarked this name. The genesis of the name, one can assume, lies in Toyota’s Land Cruiser heritage, its most popular SUV till date. While the Cruiser name will represent the SUV character of the new product, the Urban moniker suggests the compact dimensions and practical nature for urban usage.

Going by the Glanza premium hatchback, the Toyota Urban Cruiser may come with minor exterior changes like a new grille and replacement of Suzuki badge with that of Toyota which will differentiate it from its Maruti-Suzuki counterpart. However, the possibility of the Brezza getting minor cosmetic tweaks and extra features are not bleak since the Toyota Glanza has been criticised often for not being any different than the Baleno hatchback.

Once launched, the Urban Cruiser will face strong rivalry from its Maruti Suzuki sibling, as well as some other strong names on the market. This includes the Mahindra XUV300, Tata Nexon, Hyundai Venue and even the upcoming Kia Sonet. Nissan India and Renault India are also working on a sub-4 metre compact SUV which are slated to launch later this year.