Home Modified Bikes This Custom Royal Enfield Will Make You Go Weak In Your Knees!

If customizing a motorcycle is equivalent to a painting then Royal Enfield motorcycles serve as a blank canvas for many customization houses. Retro design and minimalistic bodywork serves as the perfect recipe to cook something creative and beautiful. Royal Enfield too has been supporting various customization houses by providing them with the most important ingredient of them all, a donor motorcycle. A Taiwan based custom house named Rough Crafts too received a Royal Enfield Continental GT 650 and they didn’t shy away from working their magic with fabricators and hammers. The end result was christened as ‘Midas Royale’ and turned out to be even more gorgeous than the already good looking Continental GT 650. 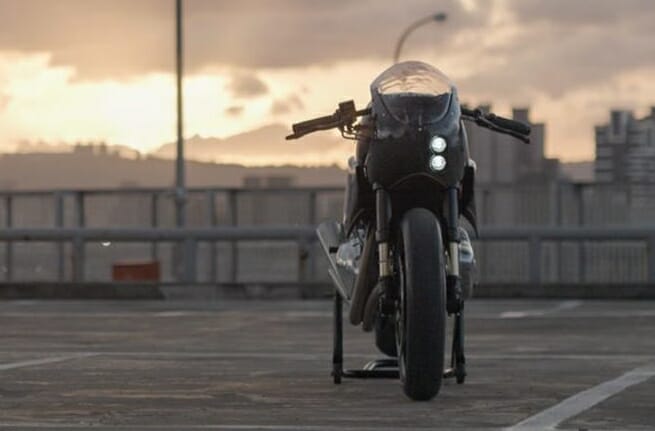 The crew of Rough Crafts implemented a new bodywork coupled with a few functional mods. RE asked the folks over at Rough Crafts to retain the stock fuel tank which serves as a nod to the original. So, a new unit was designed with the same lines but stretched to suit the style they had in mind. Upfront, the fascia is highlighted by headlights sourced from KOSO coupled with an acrylic windscreen. It gets Rough Crafts’ tank badges, and Kingsman Seat upholstered the seat, with a stunning tobacco-to-black fade on the leather. The carbon-finished and sort of raw but minimal bodywork looks the part and complimenting it is that bikini fairing with that vertical illumination setup. 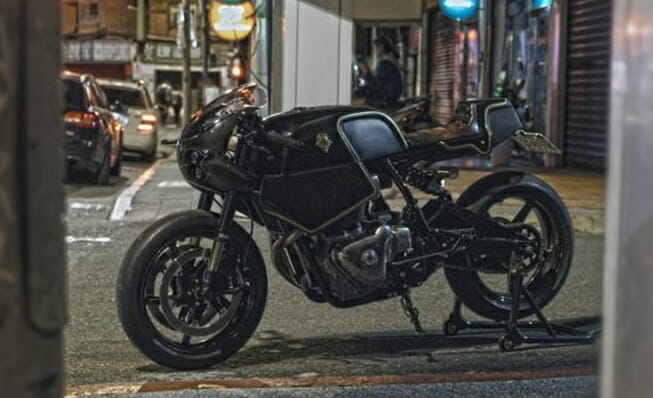 The whole build is a culmination of parts sourced from different manufacturers like the suspension setup is sourced from Ohlin and features an Öhlins TTX GP TR469 monoshock and a custom swing arm from HPM Racing. Aural duties are performed by twin SC project pipes while it also gets 17” carbon fibre wheels from BST Racing, Pirelli Diablo Superbike slicks, and a full Beringer brake set. Rough Crafts associated with some other collaborators too like the paint job was handled by Rough Crafts’ longtime collaborator Air Runner. The chroming and plating work was handled by another local expert called Anodizing. 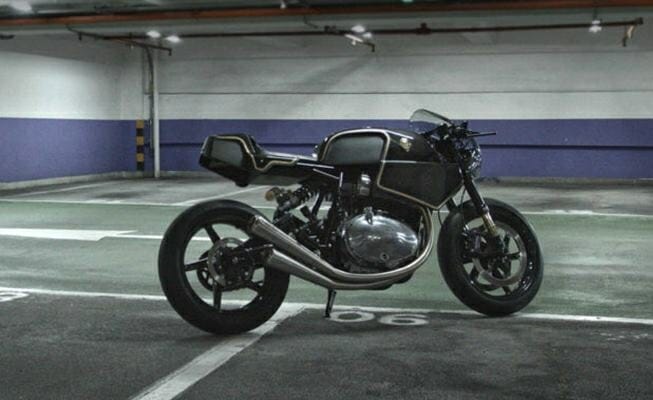 Even in our country, RE’s motorcycles serve as perfect donor bikes for customization purposes and every day we come across many tastefully build motorcycles based on Royal Enfield but the ‘Midas Royale’ from Rough Crafts surely manages to stand out.