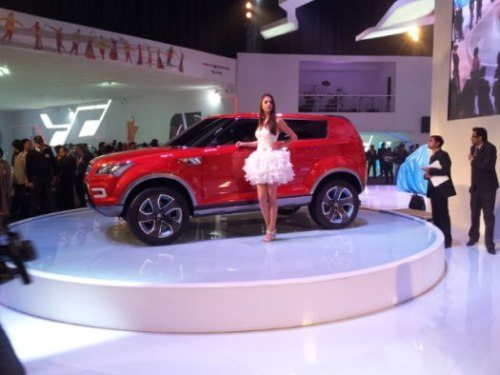 It is raining Compact SUVs! Thanks to cars like the Renault Duster and Ford EcoSport having taken the global car market by storm, almost every car maker has been working overtime to come up with its own version of a Compact SUV/Crossover.

Back in India, the Duster can safely be credited with turning the fortunes of Renault India and things seem bring for Ford India with the advent of the EcoSport in near future.

With so much of action taking place, could Maruti Suzuki, India’s largest selling car maker, have stayed behind? It has emerged that MSIL intends to launch not one but two compact SUVs/Crossovers in near future.

Coming up first will be the SX4 Crossover that is expected to hit Maruti Suzuki dealerships sometime next year. It is being said that the Suzuki S-Cross Concept, which will be revealed at the Geneva Motor Show early next month, will be the spiritual successor to the current SX4 and could spawn the next generation of SX4 crossover. This is precisely the model that might come to us next year.

The second Compact SUV/crossover to be headed to India is a smaller-than-SX4 vehicle based on the XA Alpha concept that we saw at the Delhi Auto Expo. The XA-Alpha based Compact SUV will be launched sometime in 2015 and will be a direct rival to the Ford EcoSport.

India has always been fond of SUVs and the market has got even better with the arrival of Compact SUVs such as the Renault Duster. A report from SIAM shows that there was a massive 57% increase in the sales of utility vehicles in the first 10 months of the current fiscal year.

Other than the Renault Duster, full sized SUVs such as the Safari Storme, Toyota Fortuner and Mahindra XUV500 have met with tremendous success in our car market. BMW X1 crossover, which has been christened as a Sports Activity Vehicle (SAV), too has been doing good numbers on the sales chart.