We’ve seen several conversion videos which visually turn an everyday car into an exotic. Some of the conversions are pretty convincing with some are just meh. This Honda Accord, for example, which was modified to look like a Lamborghini Huracan. It looks pretty decent but a trained eye can clearly spot the differences. Then there are some outstanding conversion jobs. For example, this Mercedes-Benz G63 AMG 6×6 replica which just costs INR 5.75 lakh. 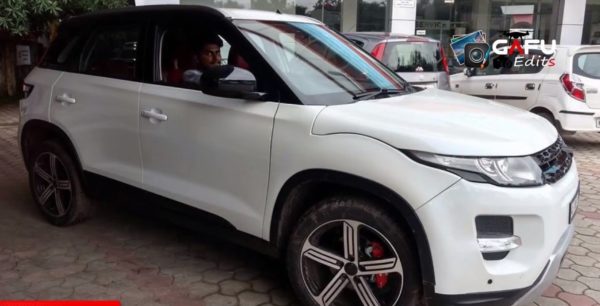 The most recent vehicle to join the list of conversions is a Maruti Suzuki Vitara Brezza which receives custom body panels to replicate the Range Rover Evoque. This is a relatively cheaper conversion considering the aforementioned Honda Accord took INR 25 lakh to look like the Italian exotic. 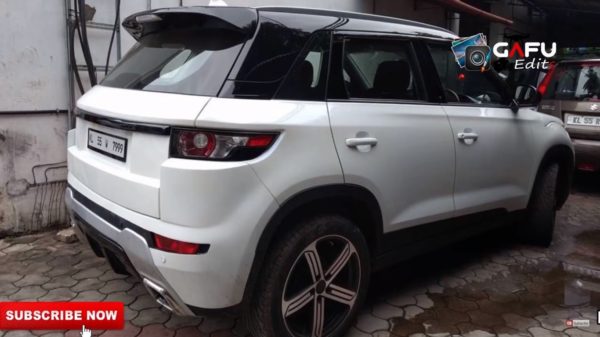 Upfront, Maruti Suzuki’s compact SUV features new grille, projector headlights and bumpers to clone the British SUV. Things are quite similar at the rear where the Vitara Brezza gets custom bits to look like the Evoque. The multi-spoke alloy wheels, and painted brake calipers make the case more convincing. Check out the mod-job in the video below (courtesy: MODIFIED CARS)

Details about the mechanical specifications are scarce although we expect them to be in stock state of tune. Thus, we expect this specific Vitara Brezza to continue to source power from the 1.3-litre DDiS 200 engine. This diesel motor is capable of producing 88 hp at 4,000 rpm and 200 Nm of torque at 1,750 rpm. 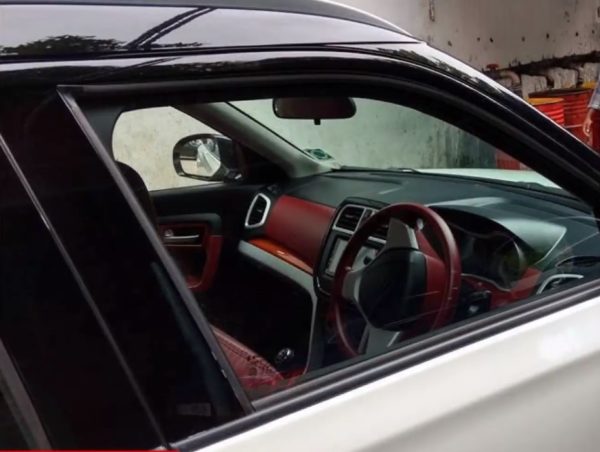 The overall conversion looks neat, although the details regarding the legality of the modification are scarce. Modified vehicles have been impounded by the traffic cops in the past and it’s a risky business to drive one without a permit. We’ve seen vehicles like Mitsubishi Lancer that was modified to look like a “Ferrari” and Maruti Baleno dressed as a Mercedes A-Class being impounded by the cops.