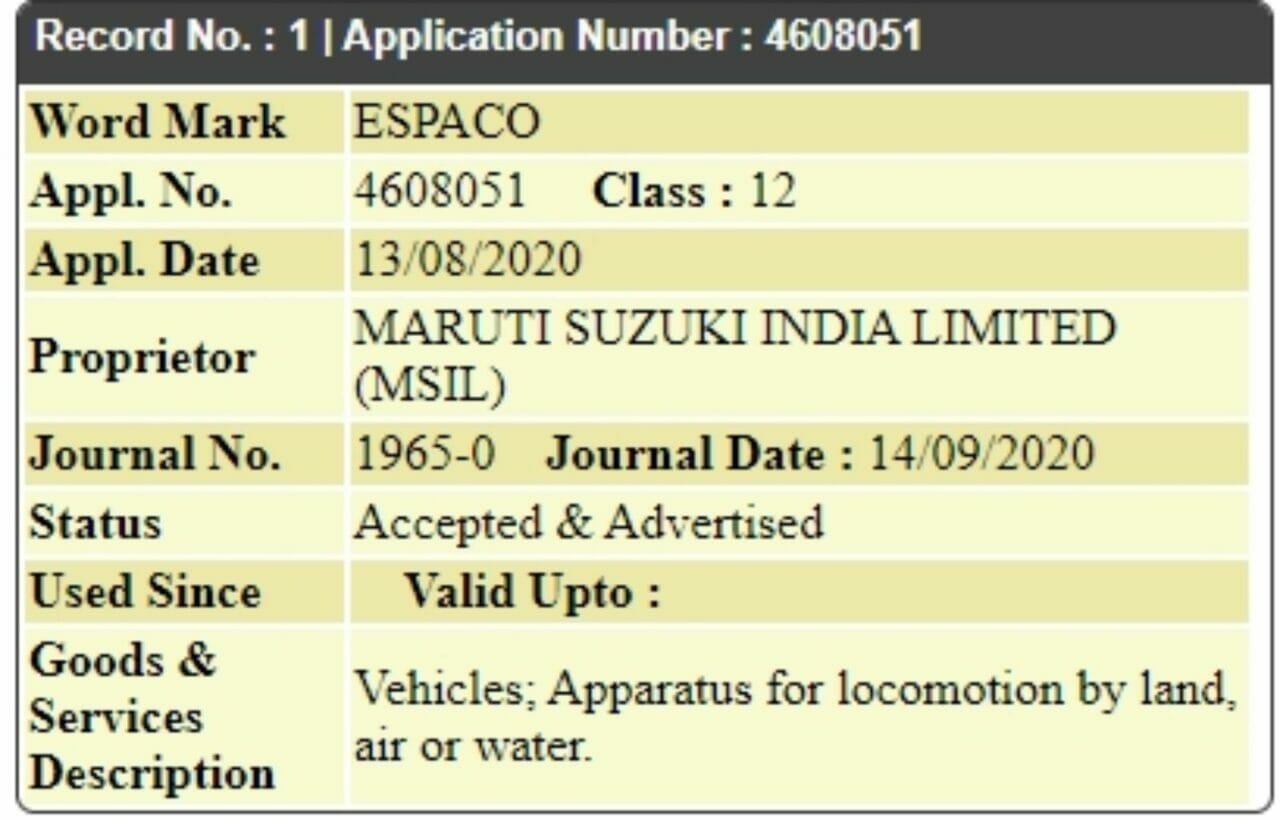 Maruti Suzuki might have been absent from the diesel cars segment but the manufacturer has big plans for our market. Maruti Suzuki has recently been issued with three trademarks which go by the name Espaco, Libertas and Solido, hinting at Maruti Suzuki’s future line up. All the names were filed by Maruti Suzuki India Limited (MSIL) on August 13 and approved on September 14. The names sound unique and are inspired by various languages.

Solido is Italian for solid, which may be used for something utilitarian. There have been speculations floating in the air which suggest that the carmaker is working on a seven-seater version of the Wagon R which will be pitched against the Renault Triber. 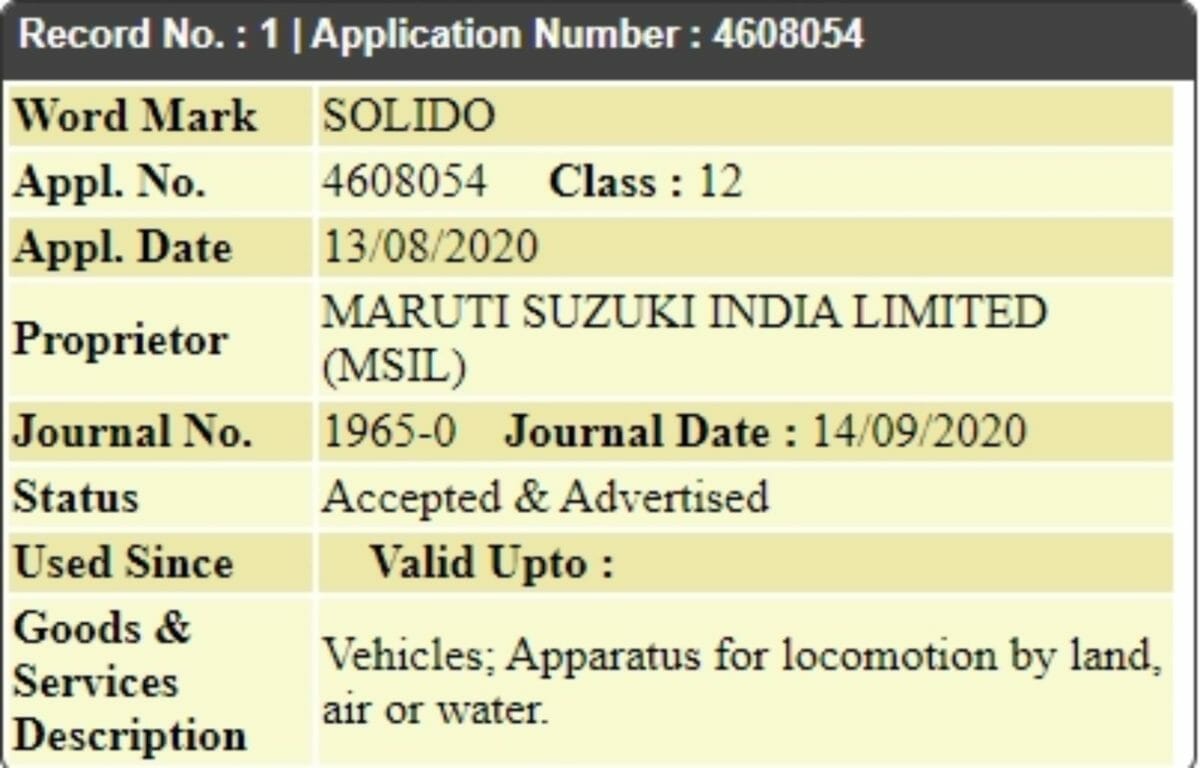 The name might also be used for an electrified version of the Wagon R hatchback. Another school of thought is also believing to it be an upcoming SUV because, well, they are solid and the Solido moniker would suit an SUV too.

Espaco is Portuguese for space, and it could possibly be used for a spacious SUV. Word on the street is that Toyota and Maruti are planning to launch an MPV in 2023, which will sit above the Ertiga in company line-up. It could also be offered with an electric powertrain and then the name could transform to eSpaco.

These are just mere speculations and we will get to know about these names’ fruition only in the near future.

Libertas is roman for liberty and it would be interesting to see how Maruti utilizes this name. There are a number of cars which Maruti is working on currently and we can expect to see them for real by the end of this year only.

Talking about upcoming cars from the manufacturer, an updated version of the Maruti Celerio has been spotted and is expected to arrive in this festive season. 2021 Celerio will be utilizing the Heartect platform that is already in use in cars such as S-Presso, Ignis, Wagon R, Dzire, Swift, Baleno, S-Cross, Ertiga and XL6. The Heartect platform offers multiple benefits including improved safety, higher fuel efficiency, and enhanced driving performance.

There are as much as 3 cars expected from Maruti Suzuki in the near future. Maruti is also working on an updated version of the Alto which will most likely utilize the  Heartect platform too. The new Alto will likely be powered by an improved version of the same 0.8-litre petrol engine as the current model where it produces 48PS and 69Nm while mated to a 5-speed manual. This engine is available as a CNG variant as well. Maruti could also offer the 2021 Alto with its 1.0-litre petrol engine, with an AMT option under the same moniker. 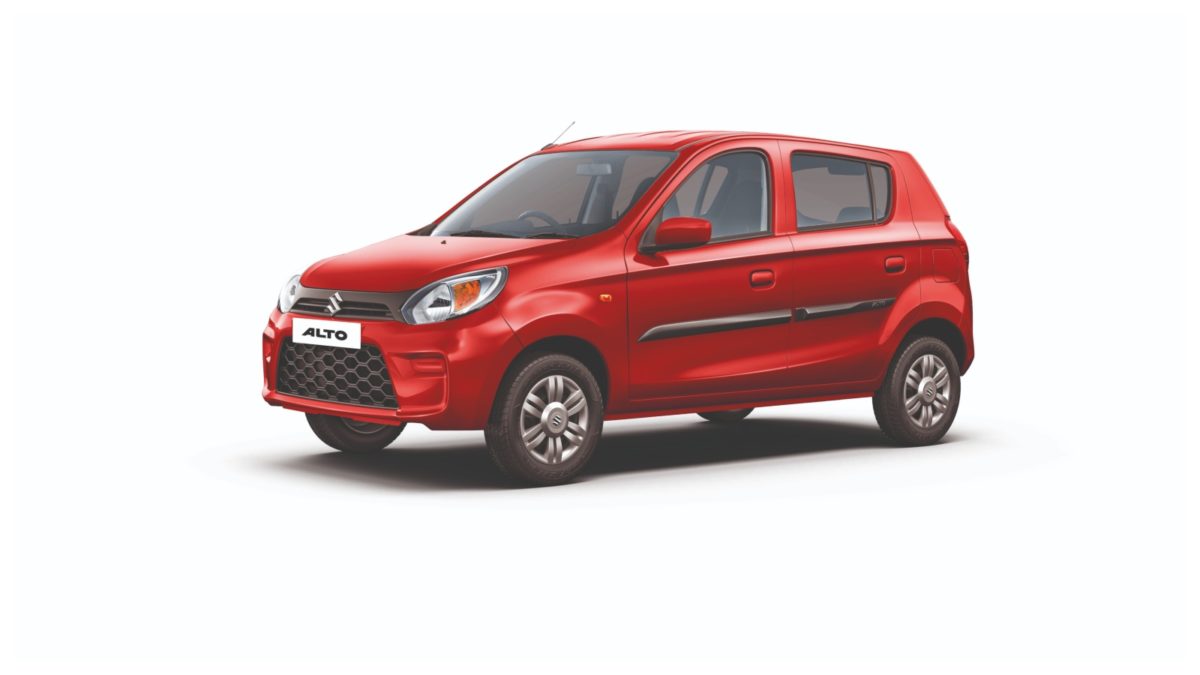 Since the trademarked names are so unique and youthful in their approach, we can’t help but think of a possibility where Maruti Suzuki could bring in a complete line-up of electric cars catering to different segments. How electrifying would that be!