Maruti Suzuki India Limited has transported over 670,000 cars through the Indian Railways in the past six years, witnessing a CAGR of over 18%. The first dispatch was made by double-decker flexi-deck rakes which took place in March 2014.

The increased focus on using railways has helped the largest carmaker in the country offset nearly 3,000 MT of CO2 emissions. In addition, over 100 million litres of precious fossil fuel were saved, as the Company could avoid over 100,000 truck trips on the National Highways. 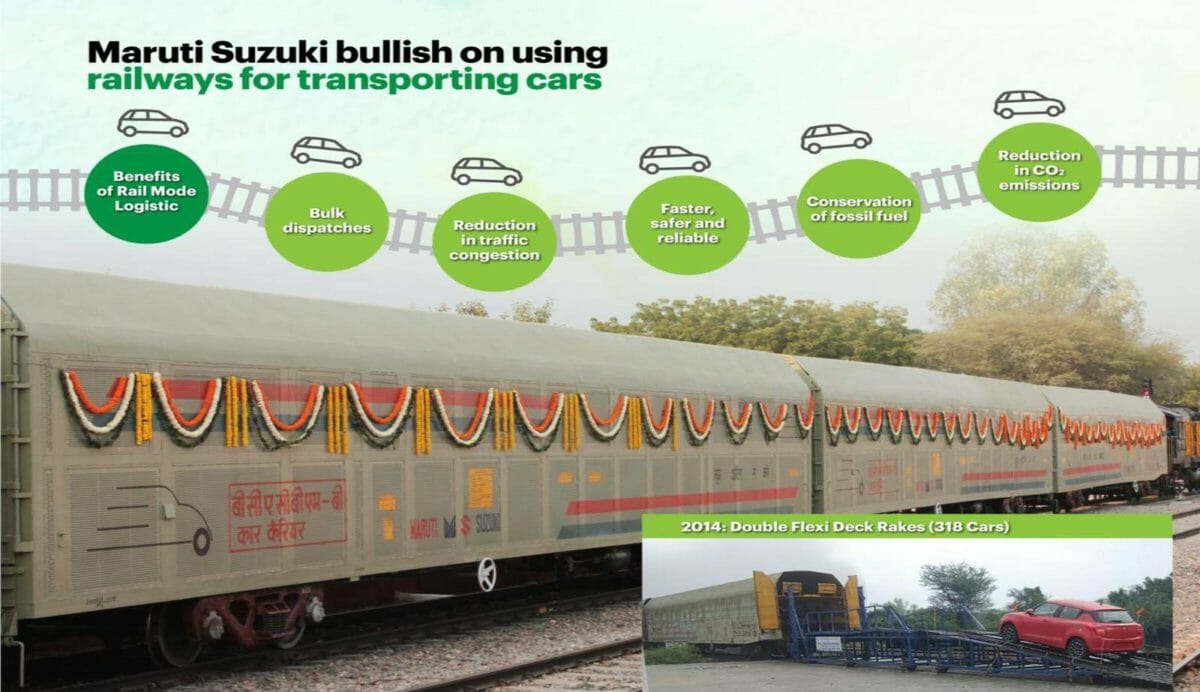 In FY 2019-20, over 1.78 lakh cars were dispatched by rail mode, a 15% increase over the previous year. This accounts for nearly 12% of the total sales of the Company in the year. In a press release statement, the company states that it has come a long way from using a single deck converted rakes to deploying high speed, high capacity new design double deck rakes. The operations started with the use of Indian Railway wagons (converted from old passenger coaches). These single deck wagons were christened as New Modified Goods (NMG) with a capacity to handle 125 cars.

Background of such operations

The company further goes on to state that with growing volumes, there was a need for a shift to high capacity dedicated wagons. Accordingly, Indian Railways’ design arm RDSO (Research Design and Standards Organization) came up with a new design called BCACM after taking suggestions from several OEMs including Maruti Suzuki. The double-decker rakes had a capacity of 265 cars (over 100% increase in carrying capacity). Since its inception, over 140,000 cars have been dispatched through these rakes.

As volumes further increased, a next-generation high capacity, high-speed wagon design was required to tide over the constraints of BCACM design rakes (limited models due to fixed middle deck). Based on the inputs from Maruti Suzuki and others, RDSO developed a new design Auto-wagon called BCACBM. Concept Design was ready in February 2011. Prototype Wagons were fabricated by Maruti Suzuki and finally, they were approved by RDSO for manufacturing.

The new design BCACBM rakes are considered to be more flexible as all models could be accommodated. The capacity increased by 20% from 265 cars to 318 cars. Moreover, these rakes were designed to be operated at a speed limit of 95 Km/hr, highest for any goods train in India. Till date, 27 such high capacity rakes have been inducted by Maruti Suzuki and its service providers for dispatch of Maruti Suzuki cars. 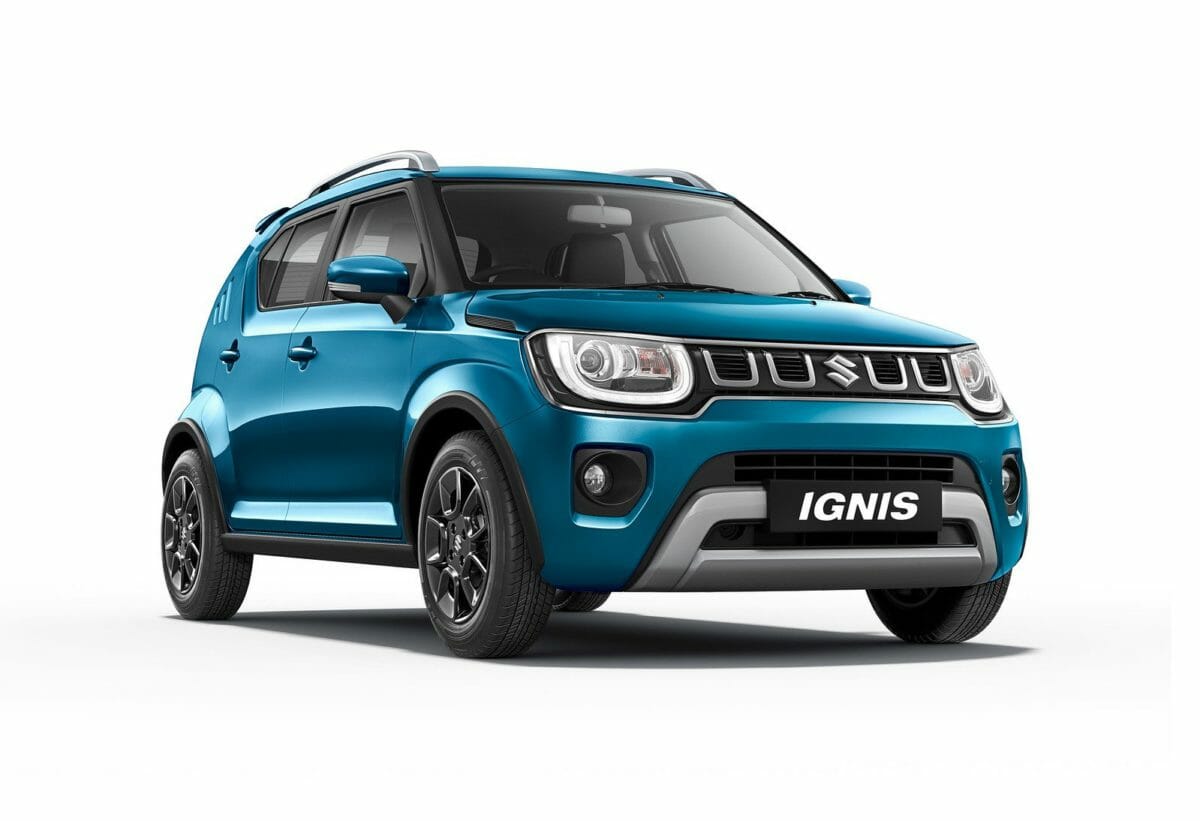 Claiming itself to be a pioneer in the use of railways to ferry finished vehicles, Maruti Suzuki is the first auto manufacturer in the country to obtain an Automobile Freight Train Operator(AFTO) license. This allows private firms to fabricate and operate high speed, high capacity auto wagon rakes on the Indian Railway’s network.

At present, Maruti Suzuki utilises five loading terminals (Gurgaon, Farukhnagar, Kathuwas, Patli and Detroj) and 13 destination terminals (Bangalore, Nagpur, Mumbai, Guwahati, Mundra Port, Indore, Kolkata, Chennai, Hyderabad, Ahmedabad, NCR, Siliguri and Agartala). With the addition of Agartala, the reach of rail mode has now been extended to the far North East. It has helped to reduce the transportation time to these states by nearly half.