Hyundai Motor Company has dropped a series of renderings showcasing the upcoming Elantra N-Line that will give the sedan some sporty new looks and improved performance. Globally, in some markets, the Elantra is sold as i30.

Although it’s still to be given a proper unveiling with all angles and key details, these renderings offer the first official look at the model other regions will know as the Elantra N-Line. As with the regular Elantra, the next generation model was revealed back in March this year. 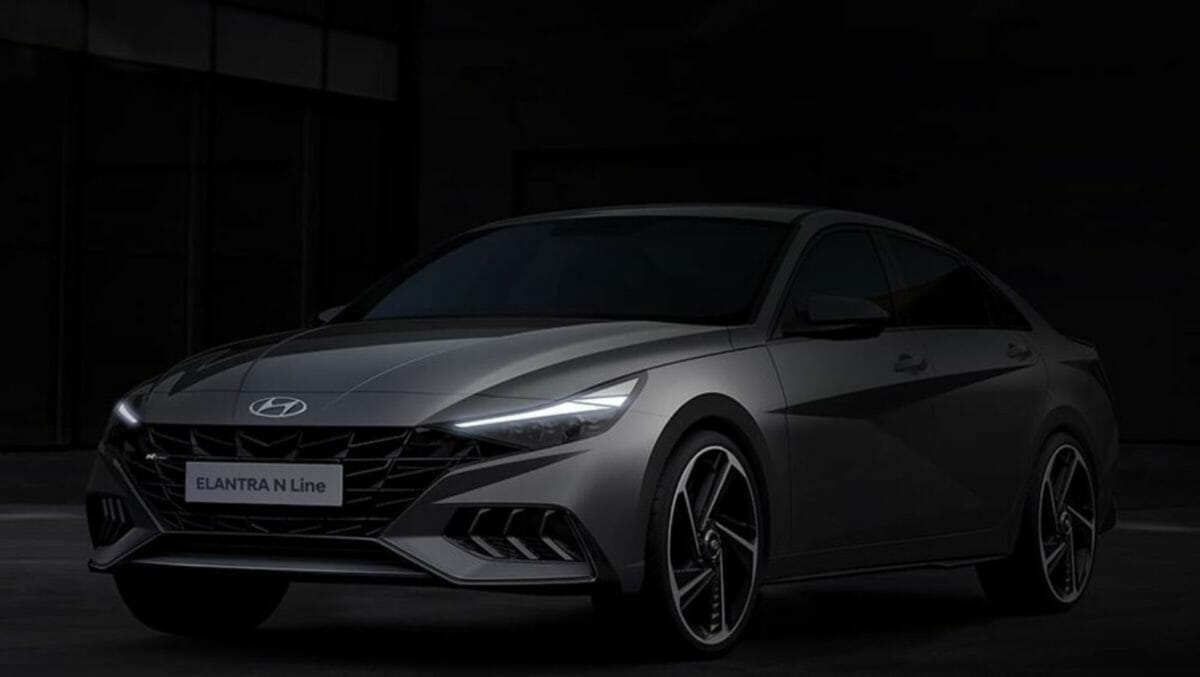 Hyundai’s all-new Elantra N Line is distinguished by low and wide styling, expressed on the fascia by an edgy N Line version of Hyundai’s signature cascading grille, N Line badging and motorsport-inspired air intakes on both sides of the grille. Elantra N Line’s side skirts and 18-inch alloy wheels with larger brakes further emphasize the sporty aesthetic. The side mirrors, N Line window accents and side skirts are all finished in the N brand signature gloss black.

The sculpted rear brings the low and wide styling to its natural conclusion with single twin exhausts and rear diffuser.  Other modifications made include new wing mirrors, enlarged brakes, and a subtle trunk lid lip spoiler It also features a unique N Line styling that stands out at the front and rear bumpers. The company is yet to share a glimpse of the interior although it will be safe to say it won’t differ much from the regular Elantra. 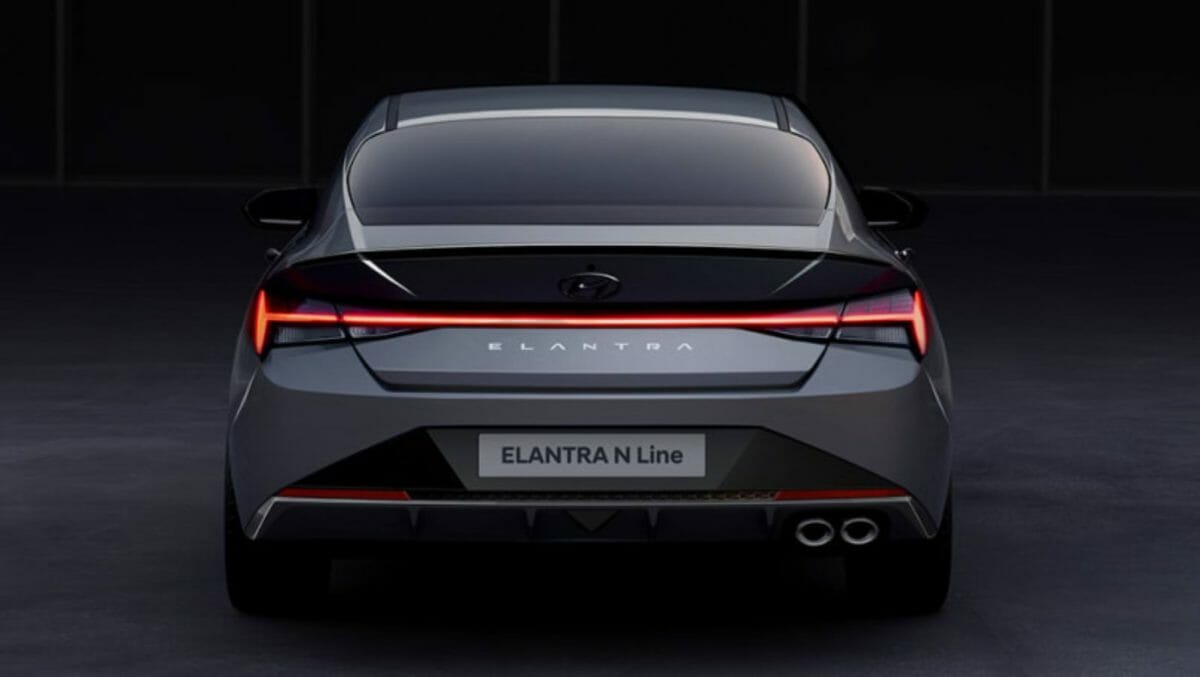 As reported earlier, the real Elantra N Line story lies under the hood where Hyundai previously confirmed a turbocharged engine will be found. The new Hyundai Elantra N-Line sport sedan is likely to be powered by a 1.6-litre turbocharged four-cylinder engine, the same one that powers the i30 N Line Hatch. The engine is likely to be mated to a six-speed manual transmission or a seven-speed dual-clutch powering the front wheels. It is capable of producing 201 hp and 265 Nm of torque. The South Korean automaker, though, has not confirmed these reports yet.

Hyundai is also likely to make a series of chassis updates which should include steering and suspension tweaks to improve the car’s handling. With its well-established Elantra nameplate – now in its seventh generation – Hyundai expects the Elantra N Line to provide an attractive entry point for the N Brand, which is gaining popularity with drivers and performance enthusiasts around the world. 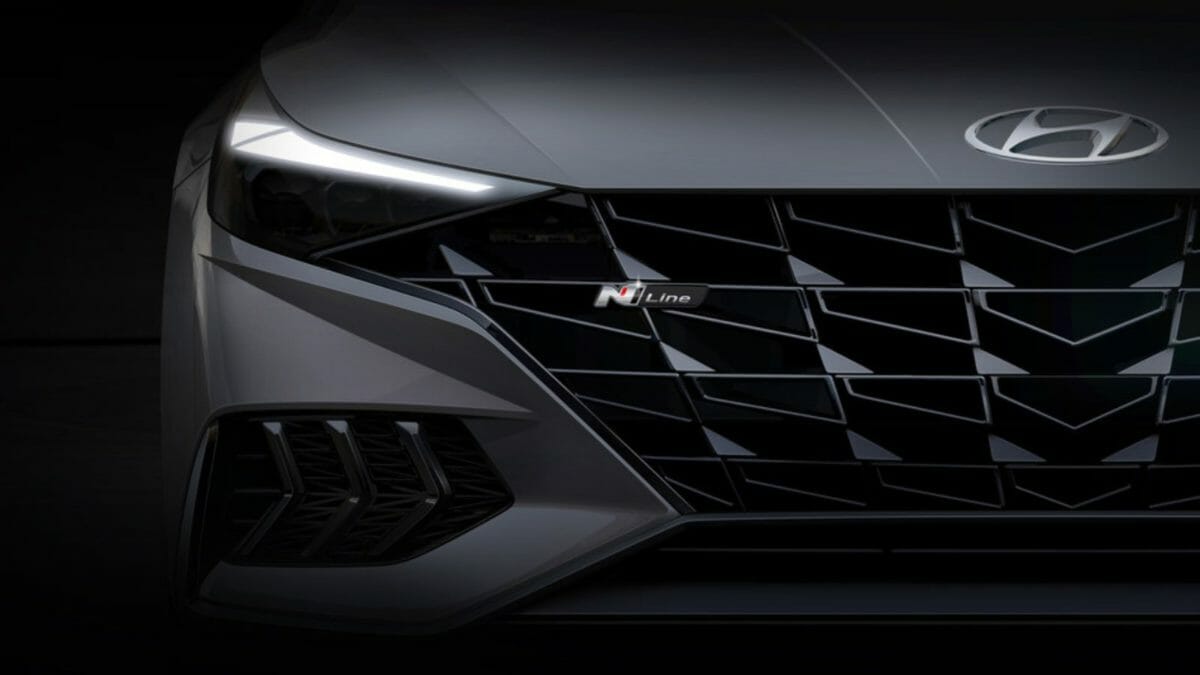 Hyundai already offers Veloster N, i30 N and i30 Fastback N, as well as several N Line models in select markets. The N models bring full performance capability to daily driving while N Line trims add performance-inspired elements to base model vehicles. The Elantra N line is not likely to make its way to India. However, the regular, next generation Elantra sedan is likely to make its debut in India sometime next year after an international launch towards the end of this year.