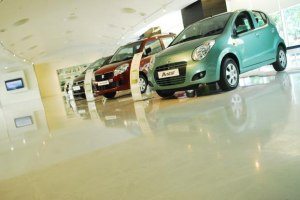 It has emerged that Maruti Suzuki India Ltd. (MSIL). country’s largest selling car maker and the undisputed leader of small cars, recently announced that it intends to increase prices of all its cars by up to INR 10,000 from October.

This is being done due to depreciating rupee.

“We have been wanting to raise the price for some time as our input costs went up severely, mainly on account of weakening of rupee. However, the market was not conducive. Now it has become inevitable,” Maruti Suzuki India chief operating officer (marketing and sales) Mayank Pareek told PTI.

“The amount of price hike will vary between Rs3,000 and Rs10,000. It will be applicable to all our models,” Pareek said.

It would be the second time that Maruti Suzuki would increase the prices of its models. The last price hike from MSIL came in January, when its cars became pricier by up to INR 20,000. It may be noted that Indian currency recently hit a life-time low of below INR 68.85 against the US dollar and hence, we aren’t too surprised to hear about this price increase.

With this announcement, Maruti Suzuki India Ltd becomes the fifth car maker in India to have resorted to price increase to offset the affect of recent currency fluctuation. Hyundai and General Motors have already increased the prices of their respective models by up to INR 20,000  and Tata Motors too have planned to increase the prices of its passenger and commercial vehicles by around 1-1.5%.,

Toyota Kirloskar Motor (TKM) too has increased the prices of all of its key models by up to INR 24,000.