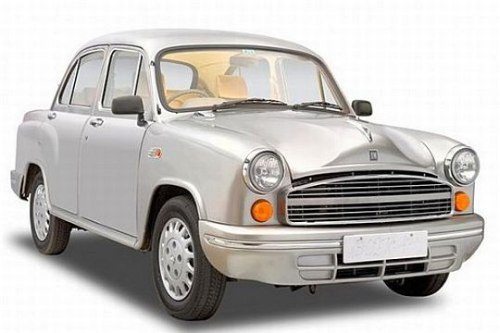 It seems like Hindustan Motors is in no mood to give up on its old warhorse. Only recently, the West Bengal based car maker came out with the new BS4 Compliant Ambassador Diesel and talks of the upcoming Compact Sedan variant of the Amby have been doing rounds since almost a year now.

Now, it is being said that the Amby CS, which will obviously measure less than 4 metres in length, will be launched next year and could be unveiled at the Delhi Auto Expo in February ’14. The car could be launched for a lucrative price tag of INR 4 lakhs. At a price like this, the Amby CS will definitely win the sheet-metal per rupee war and could eat into the sales of many hatchbacks. At least, this is what the carmaker might be wishing for. The Ambassador CS should offer the great back seat comfort that the current model is known for and might also come with a new dashboard layout and features. What the car won’t be able to boast of is the colossal boot space that the Amby offers.

Powering the HM Ambassador Compact Sedan will be the recently introduced 1.5 Litre turbo diesel engine. The revamped motor is BS4 compliant and this is the same engine that powers the new Ambassador Encore. This diesel engine manages to churn out a modest 50 BHP of peak power output. Sure, it doesn’t sound too exciting but it is definitely better than the BS-3 Compliant version’s 35 BHP. The engine, thanks to a new turbocharger and an intercooler, is also expected to be more fuel efficient.

It would be interesting to see if the Amby Compact sedan would be able to eat into the sales of hatchbacks. The Amby CS will also be a direct rival to the Tata Indigo CS, which has done amazingly well in the taxt segment.