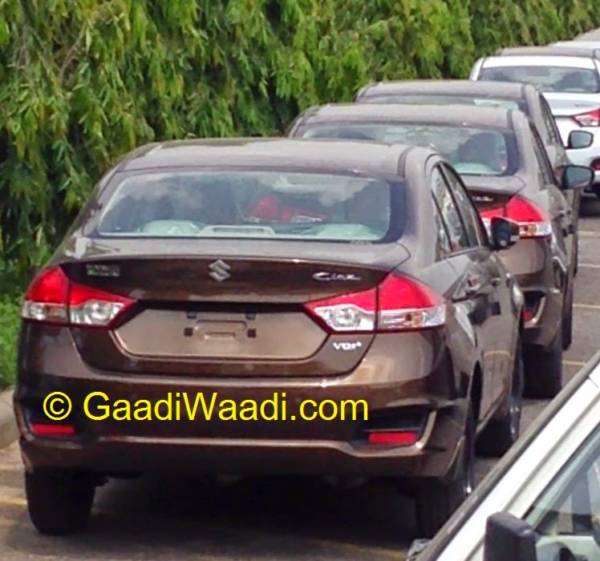 The Maruti Suzuki Ciaz has been been spotted again, this time undisguised and in India. Maruti’s offering in the premium Mid-size segment has finished its testing regime and is about to be launched sometime in the month of September. The sedan carries forward the big-car feel associated with the SX4, production for which has been discontinued. 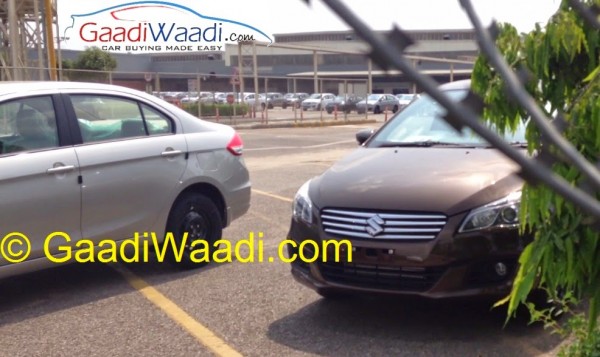 The front features a large grille which has four strips of chrome running horizontally, while the Suzuki emblem sits proudly in the middle. The large, upward sweeping headlamps have a projector setup, although it isn’t confirmed if the base variant will get them too. The Ciaz’s side profile suggests it could be the longest sedan in the segment, whereas, compared to Sx4, the height has been reduced to lend the car a sporty look. The wheel base has been increased to 4545 mm, while the rear bench has been designed, prioritising back-seat comfort. 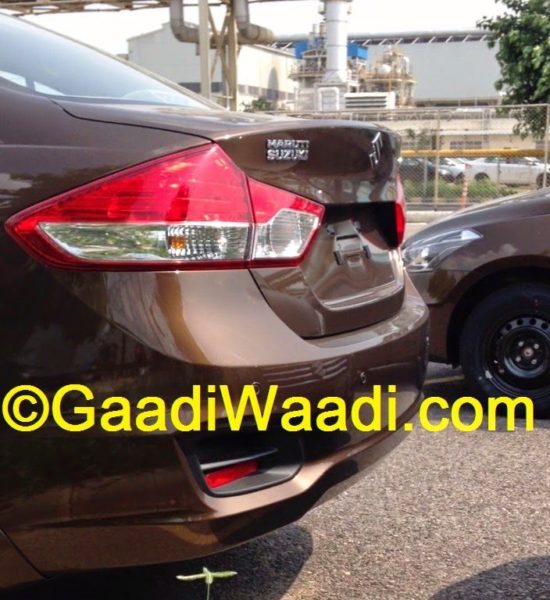 The tail-lamp section looks very similar to the new Honda City. However, the recessed space in the bumper which incorporates reflectors, helps in differentiation. Like the concept version though, the car doesn’t come with twin-exhausts 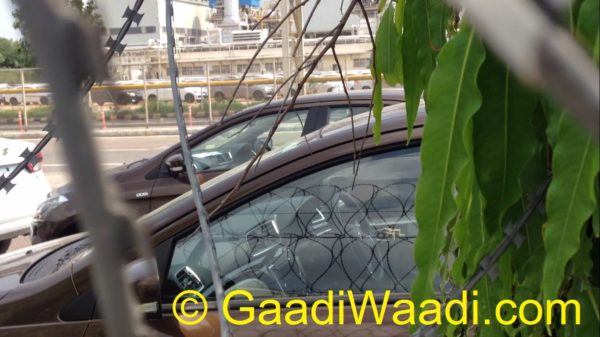 On the inside the sedan will sport a  dual tone dashboard with wooden trim inserts, which will also extend on the door panels. The Ciaz will feature a 6-speaker audio system, rear AC vents , driver side arm rest , electrically adjustable outside rear view mirrors , a deal pedal, front & rear power windows , remote central locking, rear defogger, speed sensitive auto-lock feature for the doors and a Tilt adjustable steering wheel. Sources suggest these features will be standard on all variants. 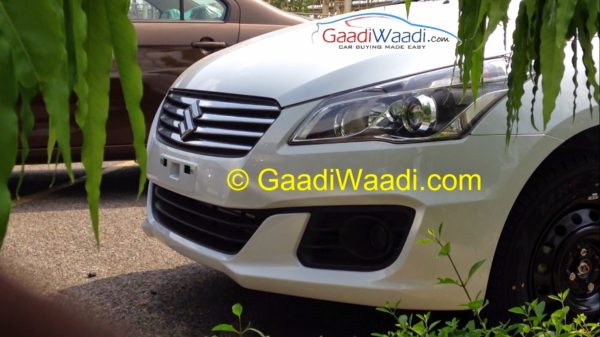 The Maruti Suzuki Ciaz will share its petrol engine with the Ertiga’s 1.4 litre 1373cc K series (K14B) powerplant, which produces 95 PS. The Ertiga diesel will be powered by the 1.3 DDIS engine, tuned for 90 PS of power and 200 NM of torque.

Standard features on the Vxi/Vdi are as follows:

Feature available in the Ciaz Vxi+ / Vdi+ in addition to the above will be as follows : 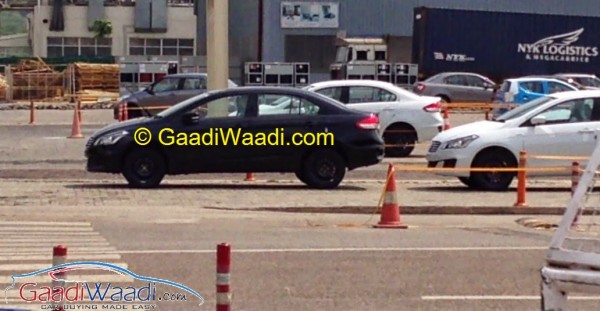 The car will be available in 7 shades:

Looking at Maruti’s pricing strategy historically, the Ciaz should be priced competitively, while the big-car feel, looks and reliable engines should attract a lot of buyers. The Mid-Size segment will definitely witness some sweltering October heat this season in the form of the Ciaz. How we wish Cameron Diaz features in the commercial, which involves Miss Diaz foaming the Ciaz at a car wash.