The new Volvo XC90 SUV will be revealed very soon at an exclusive event in Sweden. Meanwhile, the Scandinavian carmaker has released a teaser image and few accompanying details of the new XC90 SUV. 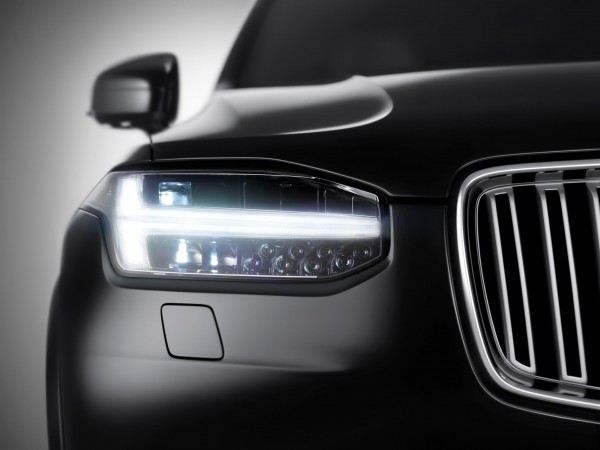 The teaser image reveals the striking headlamp design of the new XC90. Inspired from Thor’s weapon of choice, the headlamp unit design is inimitable and classy. Thor is the Norse God for thunder, and is said to carry a powerful hammer for use as a weapon. The T-Shaped LED DRL accent on the headlamp unit will make the new XC90 SUV immediately recognizable on road, thereby lending it unparalleled road presence.

Other details that emerge from the teaser image are :

The new Volvo XC90 SUV is based on the spanking new Scalable Product Architecture Platform ( SPA ) of Volvo. The SPA has been undergoing development for the last four years, and will form the basis of a number of new models from Volvo. The company claims that the SPA is very flexible and dynamic. Dimensions of the SPA can be changed to produce differing vehicle types like sedans, SUVs or Crossovers. In the ong run, it will lead to a reduction in development costs. 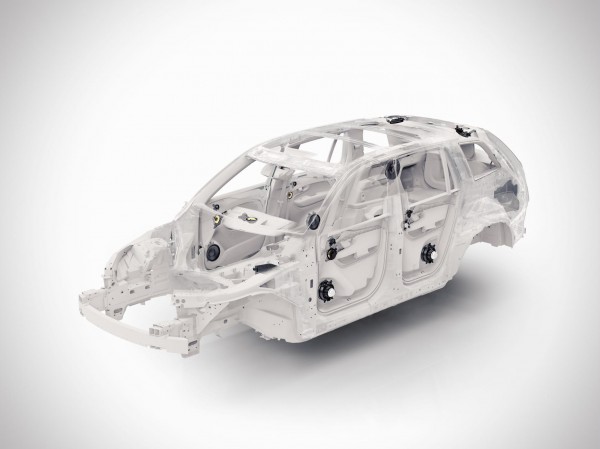 Few technical details about the new XC90 SUV have been revealed. Here they are : 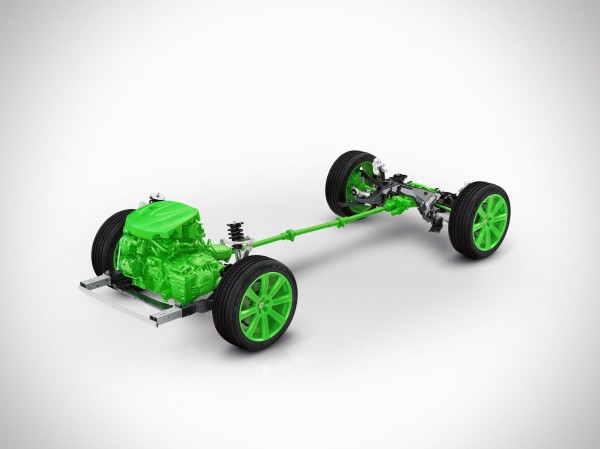 Even more details about the interesting new Volvo XC90 SUV will be out in the coming weeks. Stay tuned to us!