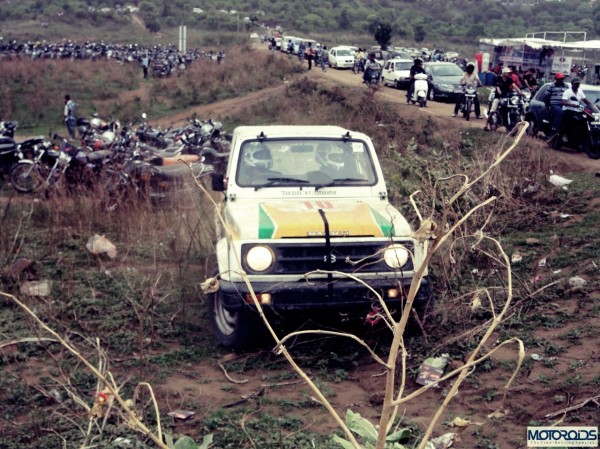 The Maruti Gypsy is easily among the most successful of SUVs to have ever come to us. The Gypsy is also among the most dated cars to be on sale in India today. The Gypsy, which is still a hot favorite among rallyists and Indian armed forces, has been on sale in India since almost two decades now. While the 3 door SUV did get a couple of mechanical updates in the first half of its career, it has remained largely unchanged since last few years.  The Gypsy started its Indian innings with a 1.0 litre engine that was later replaced by the Esteem’s G13 1.3 litre engine. The G13 1.3 litre petrol engine that powers the Maruti Suzuki Gypsy has a max power output of 80 Bhp.

While the Indian armed forces have been the biggest customers of the Gypsy, the Indian army’s new procurement guidelines specify a turbo diesel engine with a higher power output than that of the G13 petrol motor. Hence, the existence of the old workhorse has suddenly come under threat.

However, it has recently emerged that the Gypsy could soon be bestowed with a facelift and along with a slight visual makeover, would get a set of new petrol and diesel engines. Replacing the G13 could be the Eeco’s 1.2 liter G12B petrol unit. This motor is basically a derivative of the G13 and promises higher fuel efficiency without much of a sacrifice in terms of power. Also, the switch to the G12B could see the Gypsy getting excise duty concessions provided by the Govt of India. The Gypsy measures only a little more than 4 metres in length and the possibility of Maruti tinkering a little with the bumpers, in order to reduce the car’s overall length, can’t exactly be ruled out.

The diesel engine that would go under the hood of the Gypsy would be the same 1.3 litre Multijet (DDiS in Maruti speak) unit that powers the SX4 diesel. The advent of Gypsy diesel would become a direct rival to the Mahindra Thar.

It would be interesting to see if a new set of engines would enable the eternally dated Gypsy to soldier on for few years more.