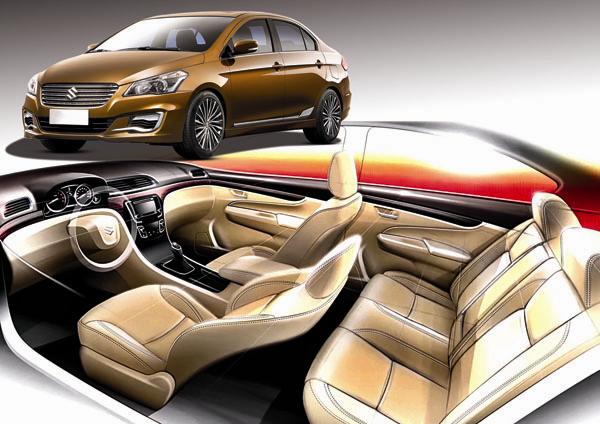 Thanks to these latest sketches that you see here on this page, it has emerged that Suzuki has laid special emphasis on making the upcoming Maruti Ciaz sedan  a good chauffeur driven car. This means that the upcoming model is likely to find many takers in car markets like that of India and China, two key markets for the Ciaz. The Ciaz was earlier showcased as the Alivio at the Beijing Auto Show (Auto China). The Ciaz made its India debut at the Delhi  Auto Expo 2014 in early February this year.

Coming back to the sketches we have here, it can be seen that the manufacturer has bestowed the model with plenty of rear legrroom. The Maruti Suzuki Ciaz, which measures 4545 mm in length, is longer than the current gen Honda City. Other details that point at the enhanced rear seat comfort include rigid mounting of the suspension components, which have led to usage of softer springs for a comfier ride.

Hisanori Matsushima, chief designer of the Ciaz concept, said, “the back seat will have ample space to relax and Suzuki wants customers to enjoy its large internal size”.

Powering the Ciaz would be a 1.5-litre DOHC 4-cylinder petrol engine that comes mated to a six-speed automatic transmission. Also on offer in India would be a common rail diesel engine. As per the manufacturer, the design of the Ciaz is based on a “Sporty and Noble” theme. It is expected that the upcoming sedan will be launched in India in the later half of next year. The Ciaz will be a replacement for the Maruti Suzuki SX4 sedan, which hasn’t done too well in the market. With the Ciaz though, all this could be set for a change. Stay tuned to Motoroids for more updates on Maruti Ciaz launch in India. 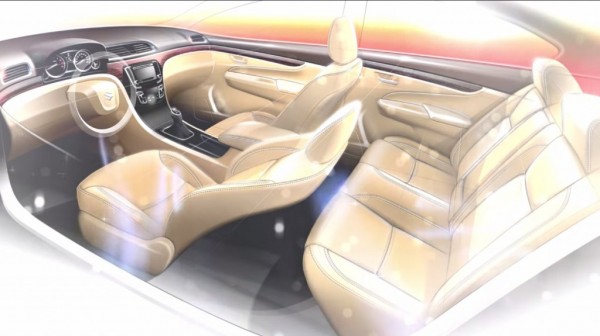