Home News SCOOP- Is the Tata Safari Storme being Updated ?

Tata Motors launched the Safari Storme in the year 2012. Now, according to the latest scoop pics seen here, Tata Motors seems to be giving a few upgrades to the Safari Storme. The pictures seen here on this page have been clicked while the SUV was being tested on the Ooty – Masinagudi Road in the Nilgiris. As can be seen, the Safari Storme test mule has been camouflaged heavily which suggests cosmetic changes. 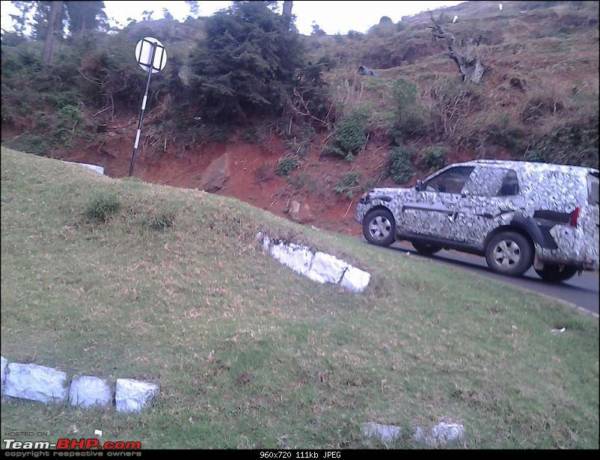 Although not much details are available at the moment, the heavy camouflage on the vehicle hints towards Tata giving some minor cosmetic modifications to the SUV. Since the rear windows wear stickers, Tata may also change the interiors of the Storme. We guess Tata will be providing a front facing third row.

It may be noted that Tata recently launched the Aria facelift with an upgraded powertrain. The new Aria produces 150 PS of max power and 320 Nm of peak torque. It is also possible that Tata might plonk this upgraded motor into the Storme. The current Safari Storme produces 140 PS of max power. 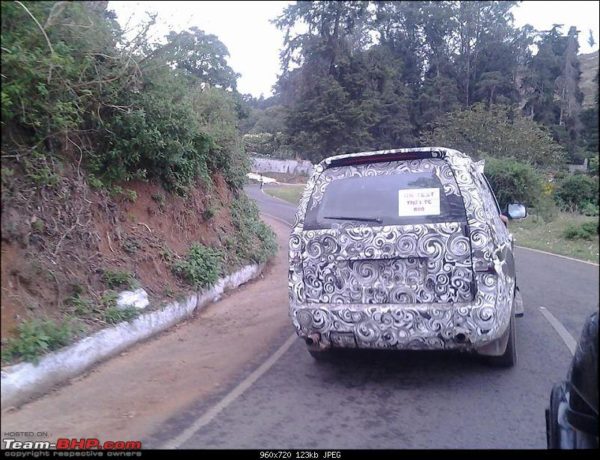 Even after launching the Storme, Tata continues to sell the old Safari. The Storme hasn’t been able to strike the right chords the way the Safari did. In an effort to increase sales, Tata recently launched the Explorer edition of the Safari Storme. Also, at the  Auto Expo 2014, Tata Motors showcased the Tata Safari Storme Ladakh Edition. (Click here to read our earlier report on the same)

Stay tuned to Motoroids for more dope on the Tata Safari Storme updates and details.