Home Ford Market Survey says that 2015 Ford Mustang could have base price of USD 23,995. Also hints at specs and other details

It is usual for a car maker, or any product manufacturer for that matter, to survey the public and make changes to an upcoming product accordingly.

Hence, it doesn’t come across as surprising to see Ford conducting surveys for the upcoming 2015 Mustang. 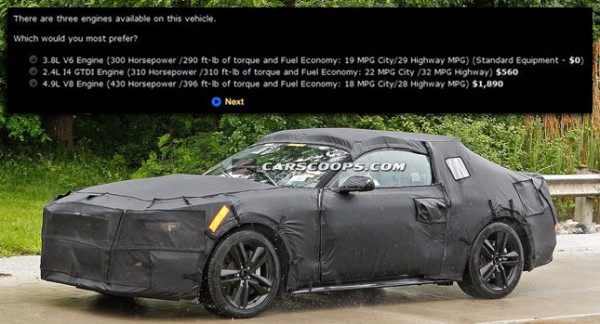 One of the U.S. market surveys it has conducted gives us a hint of certain specifications and details of the upcoming ‘Stang!

This is what a Mustang GG forum member, who shared screenshots of the concerned survey, has to say,”I recently got a survey on car options. I was thinking it might be an indicator about the type of options available for the Mustang,” said PVC in a posting. “We have a 2013 Mustang and wonder if we got the e-mail because of that. Anyway, here are screenshots I took. Do these items and prices look to be in-line with what the Mustang might have?“

While all these are possibilities, what we do know for sure is that the next gen 2015 Ford Mustang will get a four cyl turbo petrol engine and a RHD version for European markets. 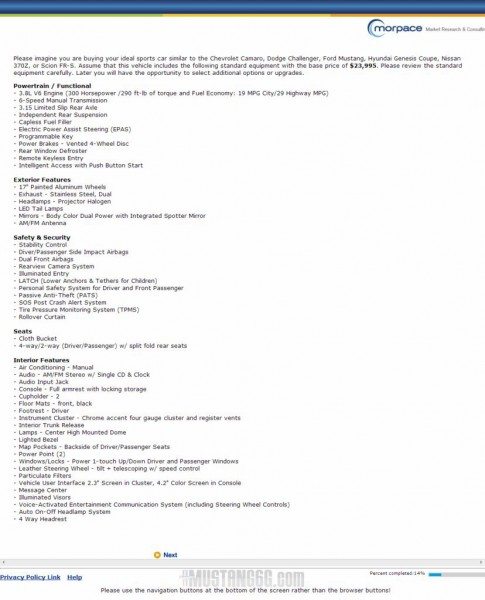